I found a bargain in Scale Model Supplies bargain bin. 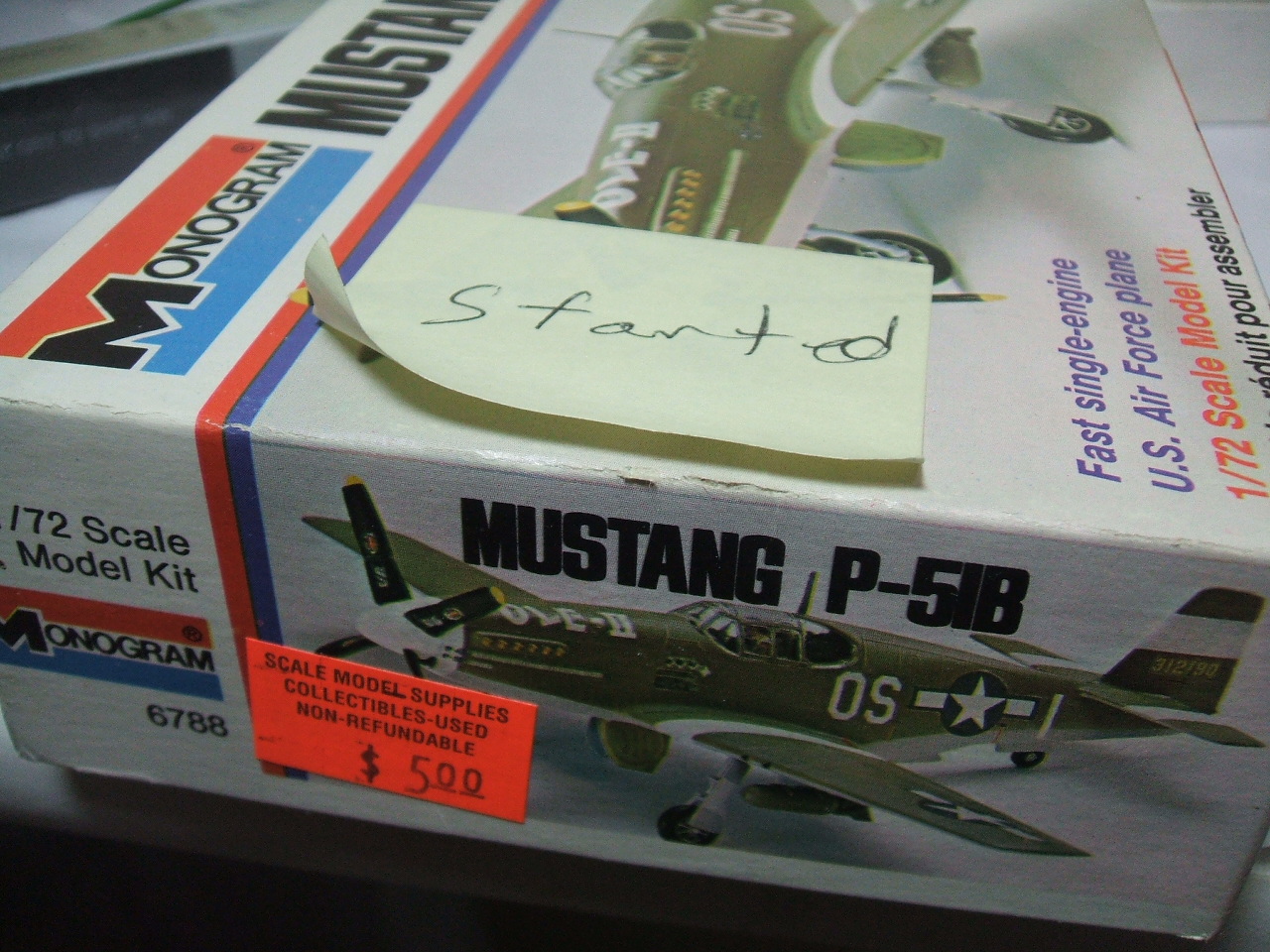 The “bargain bin” is the back room–a particularly smelly portion of the premises that a casual visitor might overlook. It contains a treasure-trove of funk. Funk-a-licious. Too funky.

This kit probably came from an estate sale. I’ve always wondered if, upon my demise, my half-finished or just-started models might be hauled down to the hobby shop and sold for the price of a few beers, and then the kits themselves would be marked “started” and sold for five bucks to some smart-ass blogger like me.

Then the blogger would actually make fun of my building and hold the dreadful remnants of my mis-spent life up to public ridicule. Oh, the horror!

Well, that’s what I’m going to do in this case, anyway. Poor old Unknown Modeler, may you rest in peace, because you Monogram P-51B certainly will not.

I tore off the lid and what did my eyes see? 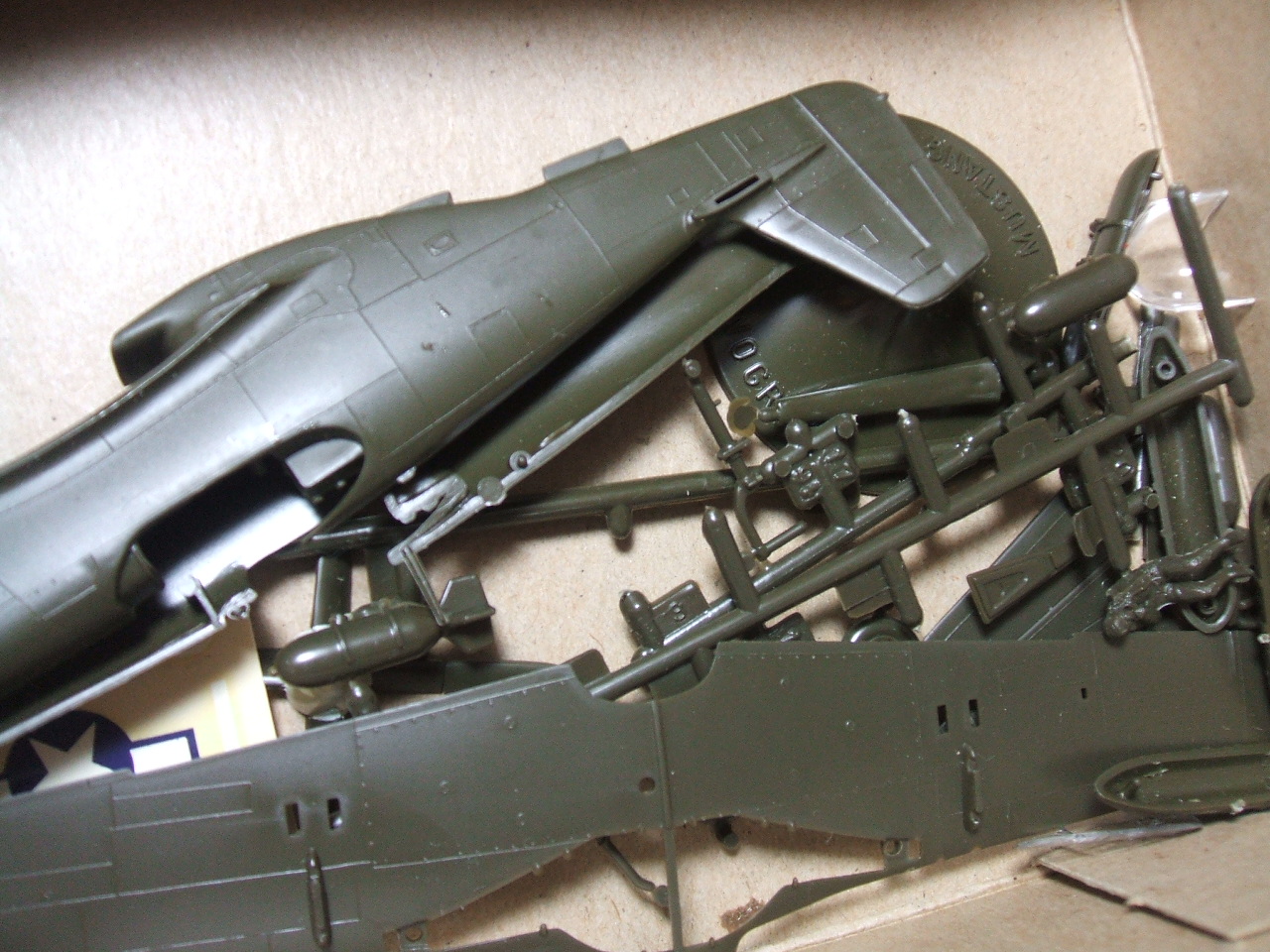 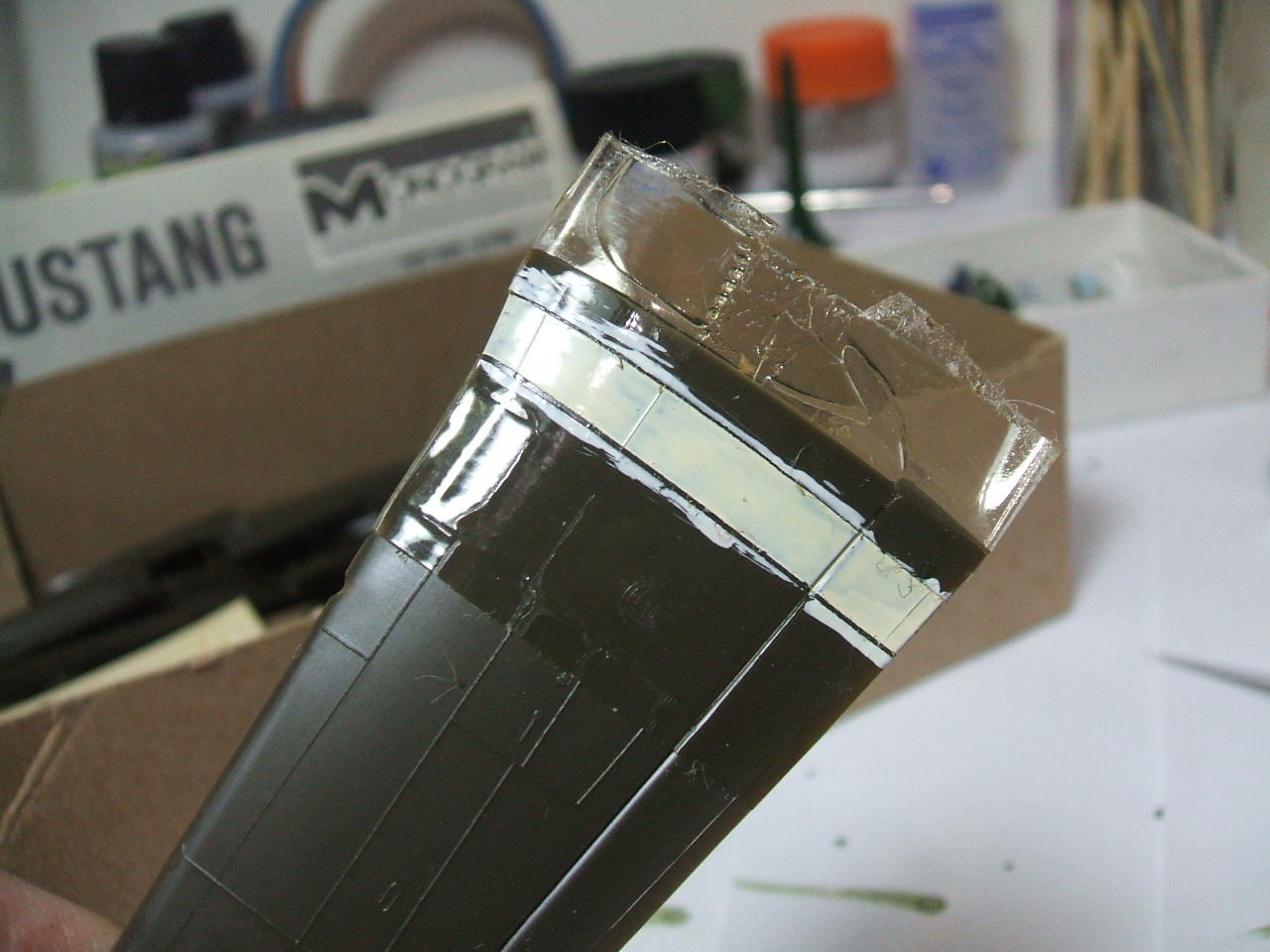 And the dear departed left the masks in place. 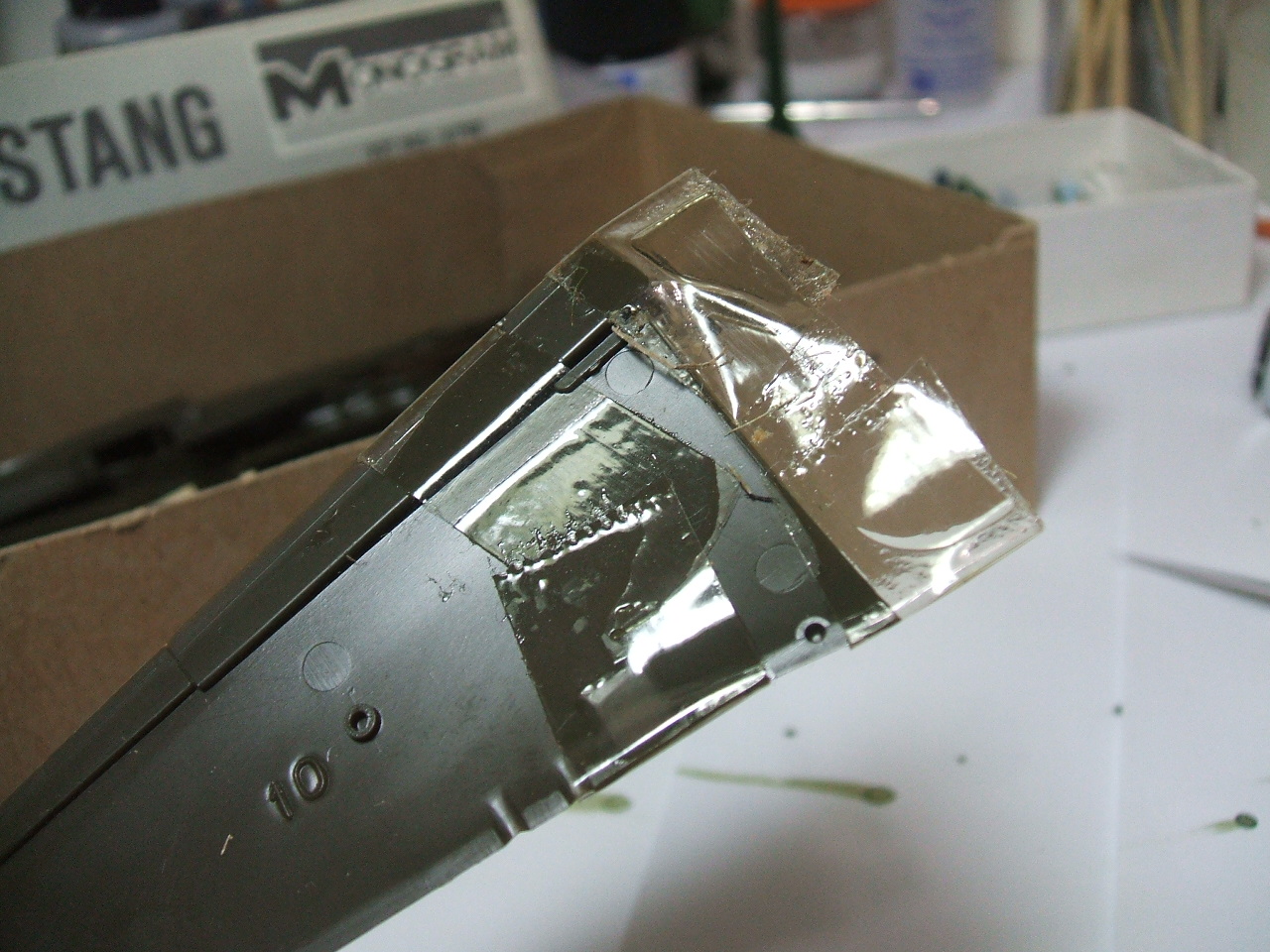 For about forty years. 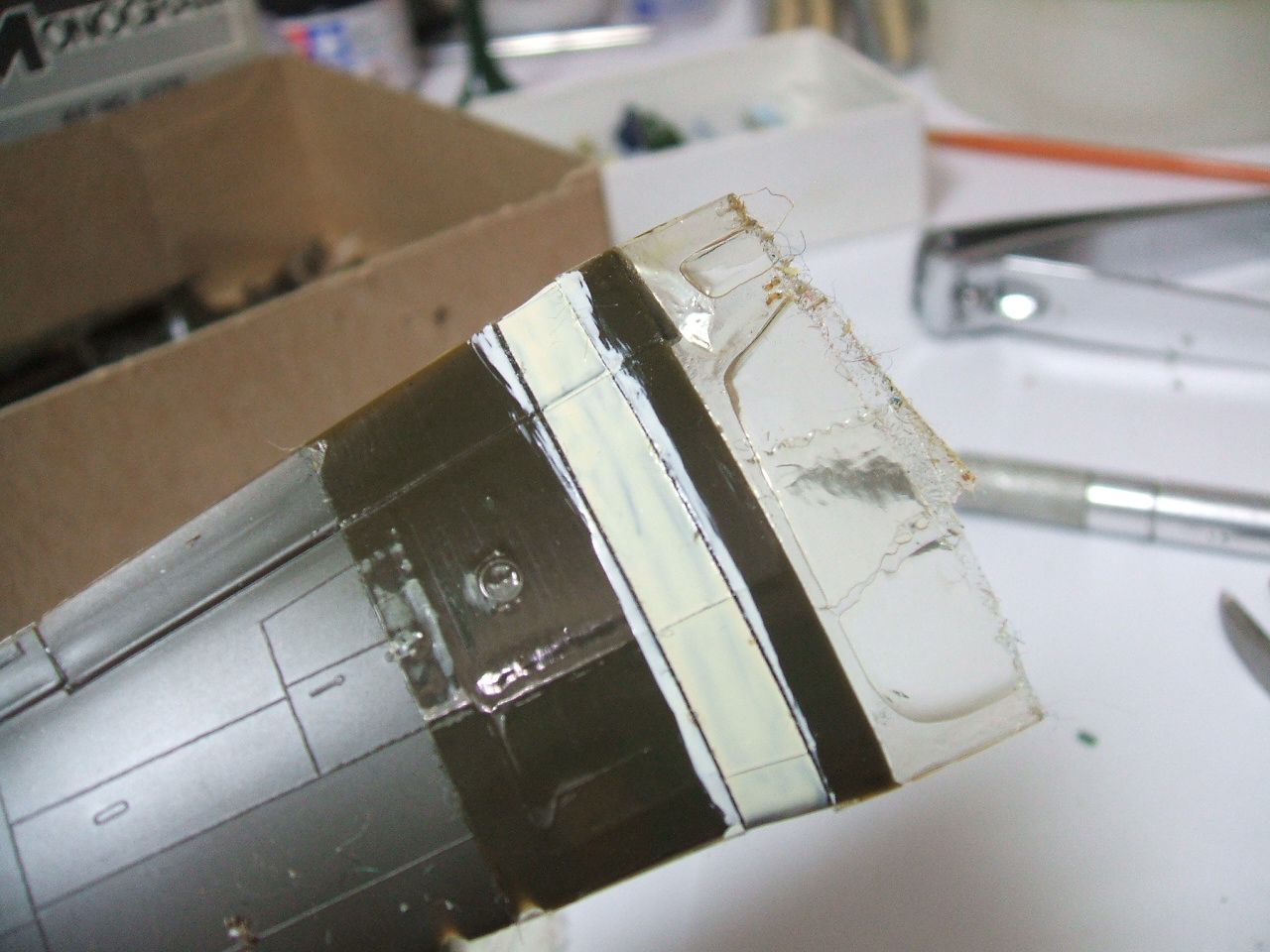 Very sticky and nasty glue from the tape stuck to all and sundry. 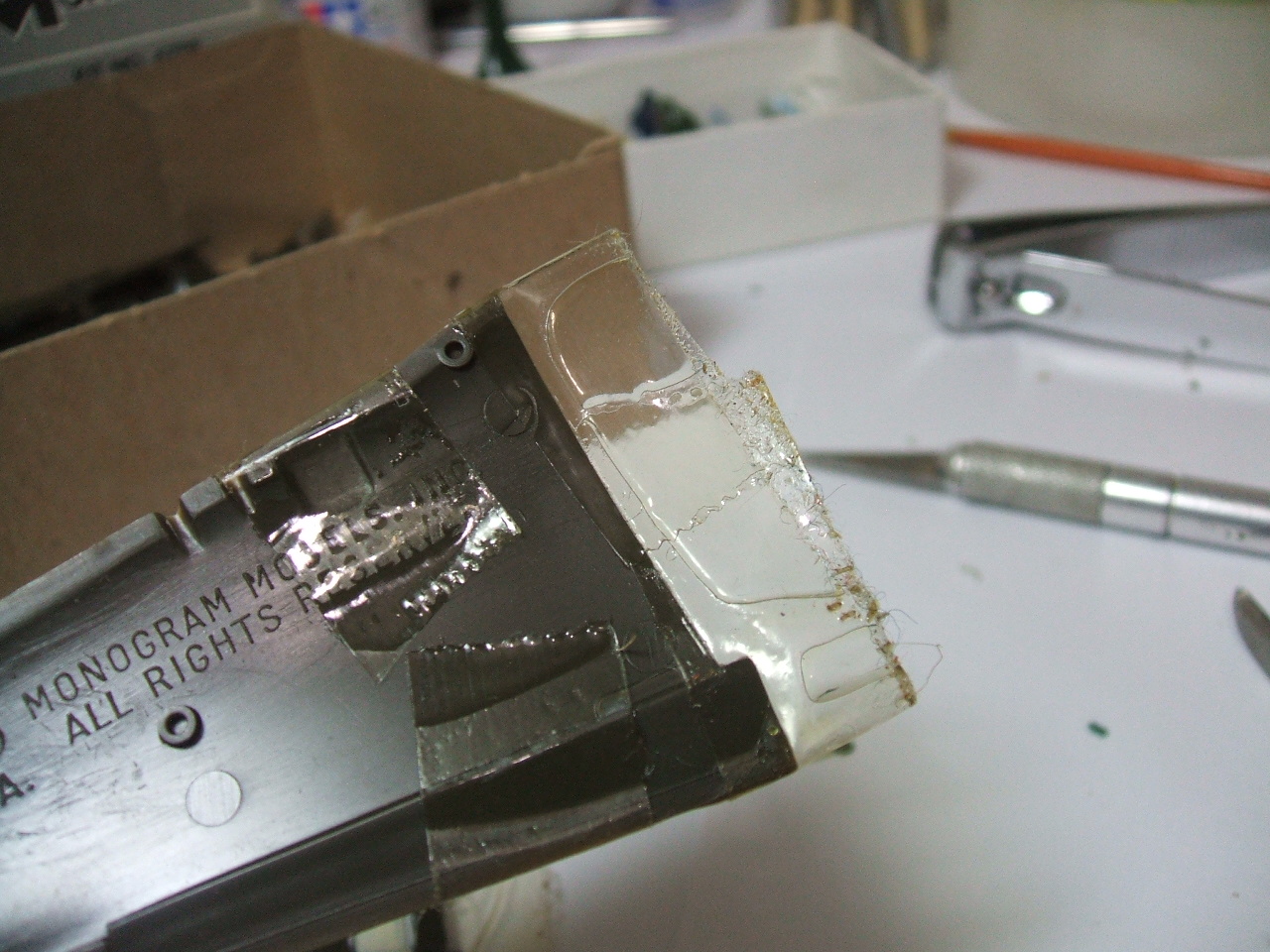 What, oh ye gods, may stick to stickum over the decades? Tears from broken hearts? Dog dander? Dogs named Dander?

It’s remarkable how well this attempt at stripe painting worked. The tape bits need, now to be removed and the awful sticky mess removed with Goo Gone (it doesn’t damage plastic) but the basic idea this guy had, before he gave up on it, was pretty good. He used a glossy paint and it dried to a smooth finish. The edge looks pretty good.

But he got the size and location of the stripes wrong. In my next episode, I’ll discuss how to do a better job at getting the markings “transferred” to the surface of the model. There are a number of good ways to do this but they are not really obvious. So get your dividers (you DID buy some dividers, right?) and stand by for a little tutorial.