I explained about Tamiya Flat Base plus Future equals GOOD. Well, today I had to make some more of the stuff because I ran out. I didn’t document (take pictures) of this process at every step. But I covered the basics, I think.

Firstly, let me ‘splain something about folks who use a lot of paint, and especially folks who use a lot of highly smelly toxic paint and inhale a lot of fumes from it. Like, say, they airbrush enamel and thin it with MEK and so on. Lots and lots of VOC’s in the air. Then maybe they grab a bottle of IPA and drink that down. Maybe two.

These people  have liver problems. Here’s a link that could help some of my forum friends who come unlaced when anybody suggests that Japanese Zeroes weren’t hemp colored, or that they should stop using enamel and switch over to acrylic for their health. Angry, angry liver!

The French have a saying, which in English is “to understand is to forgive.” I may not forgive my bile spewing colleagues who have ingested too much paint thinner, but I try, I do do try to understand.

So here’s the stuff that makes this all possible. Future. 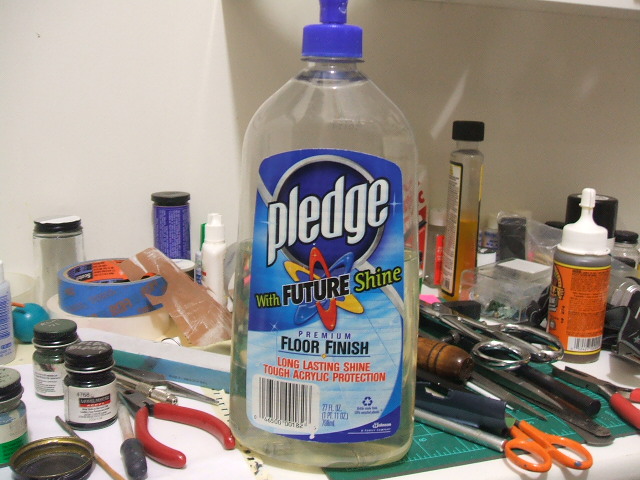 This is an old bottle. A bottle like this will last for ages. C’mon. You can afford to pay for one bottle without your liver jumping in and telling you that, as God is your witness, you’ll never be ripped-off again. Go ahead and pay the rip-off prices if you live in some place where this material is not sold, and you have to buy it from predatory eBay sellers. The pain will go. I promise. 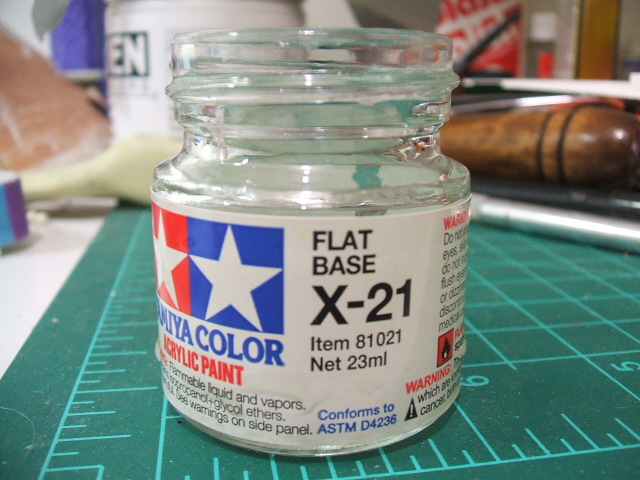 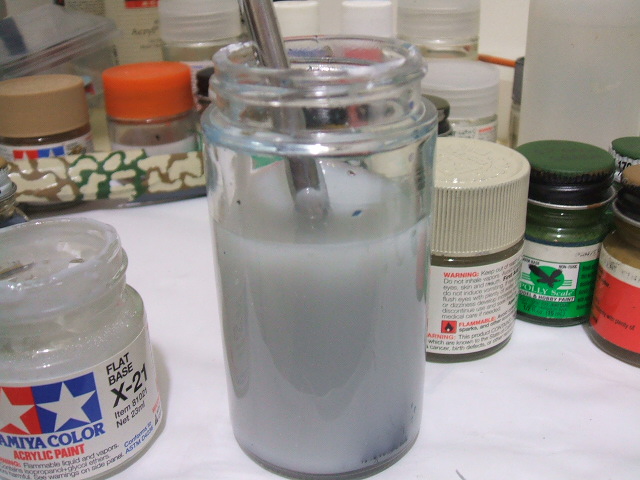 You end up with something that looks milky and suspiciously like it wouldn’t dry clear. Well, it may very well dry with some “cloudiness” but that’s why you TEST it.  But a quick coat on something that needs it. Ah–there’s something! 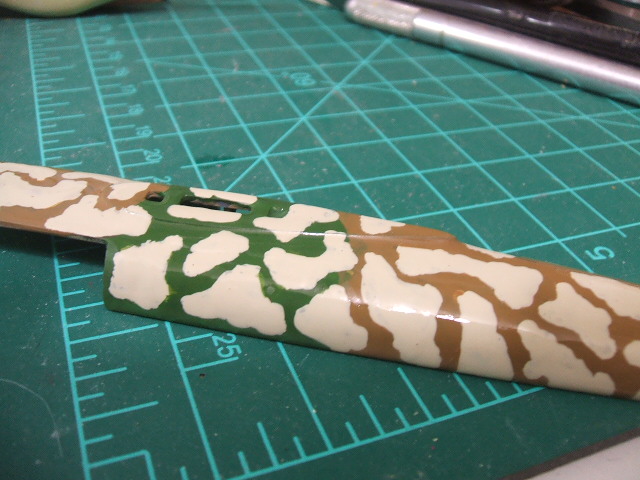 If it dries cloudy, add more future to the mix and try it again. Add about 10cc of Future each time you test. Don’t add too much or you will get a “semi gloss” finish and that’s a problem because you can’t add more flat base unless you go buy more, and this whole thing could get expensive what with you fouling it up like that. Hey! What did I say about that liver?

Look carefully at the next photo. If you compare this to my earlier paint job on this same paint dummy, you’ll see that it now features very different shades. Now it matches the sacred Leynnwood painting. 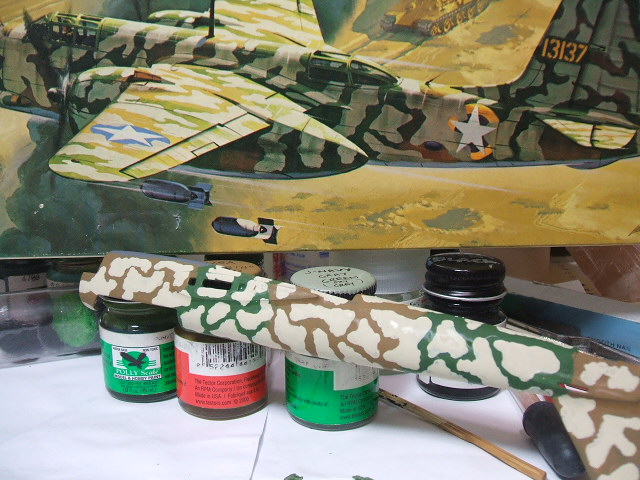 That’s what I’m talkin’ about!

It’s also drying to a dead flat finish. No, I did not use any magic to get this outcome. I brushed it on, actually, with one of those disposable chemical brushes used by chemists and car mechanics. 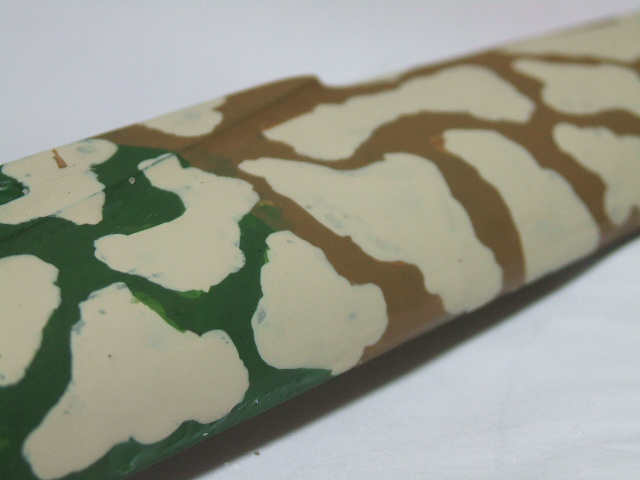 Dead flat. My hat is off to anybody who can get a similar finish with an airbrush. Those freaks of nature are true artists and dazzle me with their magical abilities.

Okay, enough horsin’ around. It looks like this A-20 is next up on the workbench, with lots of work for my Sonic Scrubber. It will be finished in “sand and spinach” and blotches of “unknown desert color.” 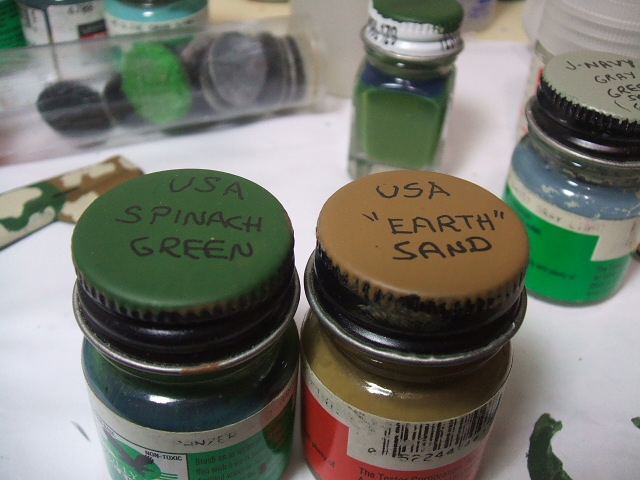