“Weathering” can mean a lot of things. Sometimes I do believe that “weathering” reflects the age and the level of hormones within the model builder. The younger and more soaked in testosterone, the more the builder wishes to see blood pouring out of the cockpit and burned bits of the enemy caught in the undercarriage. 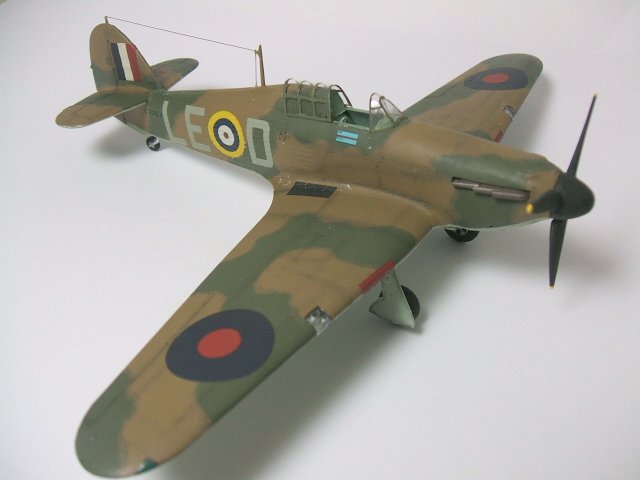 The “shading” effect comes from post-shading done using the charcoal method in my video.

I made it a little “extreme” to show up in photos for the blog. I want the effect to be visible. I think it’s a good effect. I also added a few small “paint chips” using a white charcoal pencil. I just put them on directly using the tip of the pencil. No fancy stuff.

I used the charcoal on a micro-brush to add in “smoke stains” behind the cartridge casing ejector ports. Note that there is no such staining aft of the machine gun ports. I also used it to make the exhaust stains. Please note that the exhaust stains do not just go straight back from the exhaust. Because of the airflow over the wing, the exhaust stain goes back and curves down toward the wing root. Look at some photos of the real thing to see this clearly. 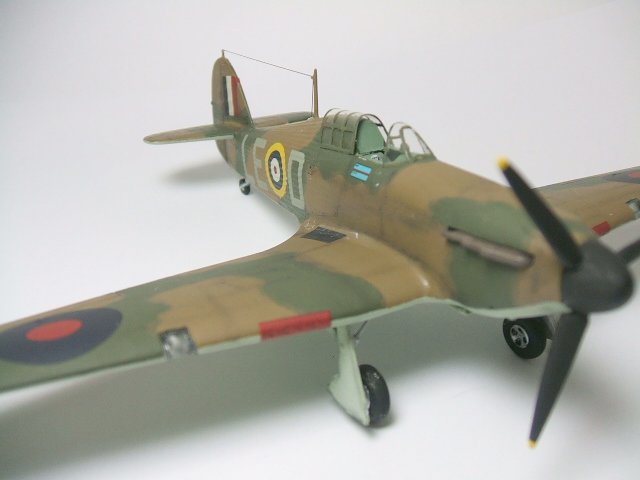 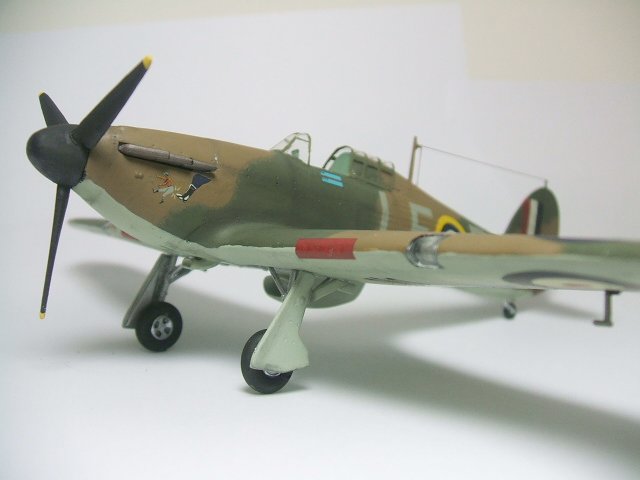 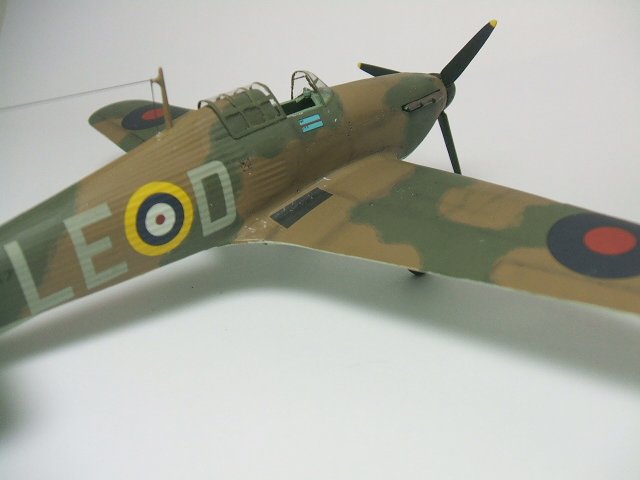 The Hasegewa kit is of a Hurricane Mk.IIb. It is not a Mk.Ib, because there was no such thing as a Mk.Ib, and the kit is of a Mk.IIb–a perfectly fine Mk.IIb.

But not a Mk.Ib. No such thing.

The Hasegawa kit omits the wing walk markings (the black rectangles). These are important and should be on the decal sheet.

The antenna wire is made from nitinol wire. I almost hesitate to mention this because it’s a rather obscure item. All I can say is that I can’t suggest a good source for this material. I got it from a company that is now out of business. I can’t guarantee that you will be able to get the same kind of wire. All things considered, I’d recommend Easy Line instead.

So, this Hasegawa kit proved to be a bit of a bust. The finished model is okay, but the kit–I would not buy it again. The lesson I learned from this is that when you find something very cheap on eBay, there is usually a reason.

3 Replies to “Finishing Up: Hurricane Part 14”