I should do a review of this book. 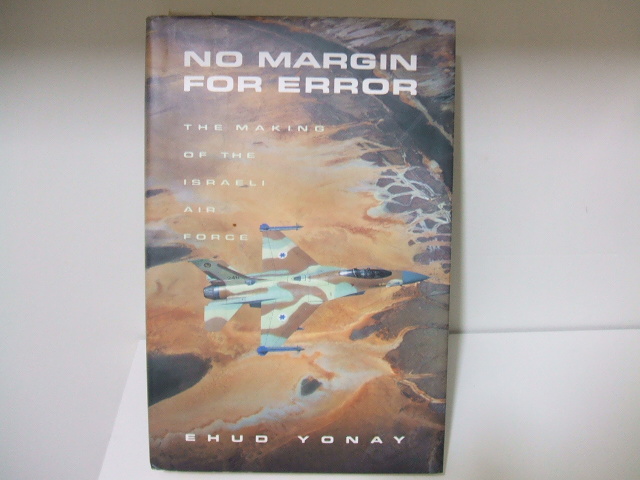 It’s as good a history of the Israeli Air Force as you are likely to find.

In the book, it’s explained that the Dassault Ouragan turned out to be a better airplane that the Israeli’s expected it to be. Over and over again, the survival of Israel depended upon luck. When Eisenhower vetoed the sale of F-86’s to Israel, the French, in need of “credibility” in aerospace design after their humiliating defeat in World War II, seized the opportunity to bolster their image as a producer of “world class” combat aircraft. The Ouragan (Hurricane) looked like it might be a second-rate airplane, but it turned out to be a good dogfighter and an excellent ground-attack machine.

Heller is a French company and they have produced some good kits. They’ve produced some stinkers, but in the late 1970’s and early 80’s they worked wonders. Their Ouragan kit is from this period. Still, it’s definitely an “old kit” that would be thrown out by the youth of today, or re-scribed and fancied-up with your store-bought finery. 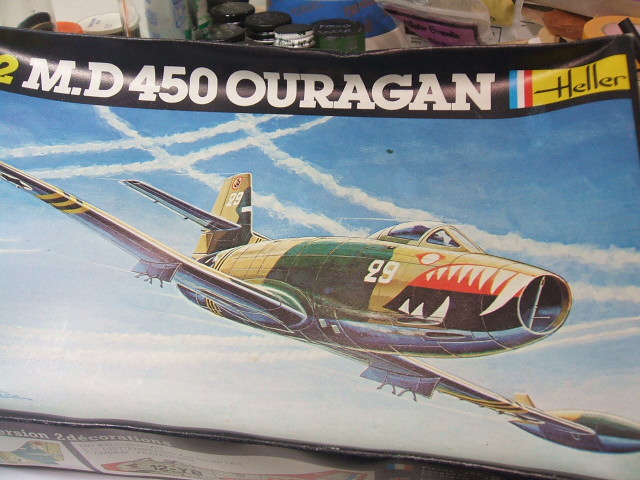 But I’m just going to build and paint it in Israeli colors, avoiding the inevitable toothy grin that seems to ALWAYS be associated with this airplane. This idea came from the excellent MOKED decal sheet from DP CASPER. 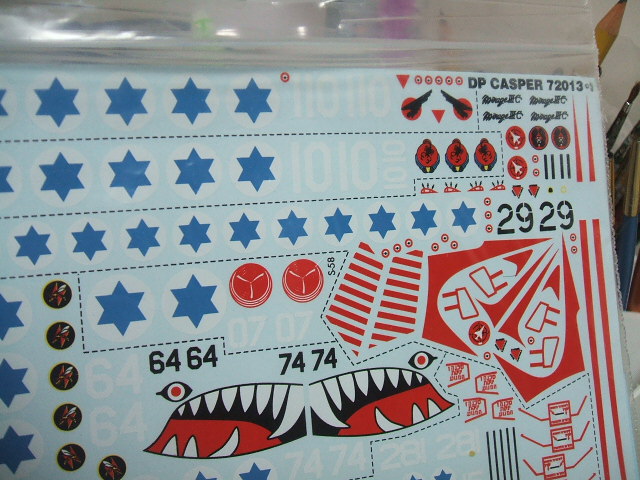 This sheet is a real wonderment. Excellent decals and not fifteen or twenty versions of the SAME aircraft (looking at you, Xtradecal). This sheet contains a bonanza of different markings for different planes–including two Ouragans. It has the “teeth” but it also has a toothless alternative., 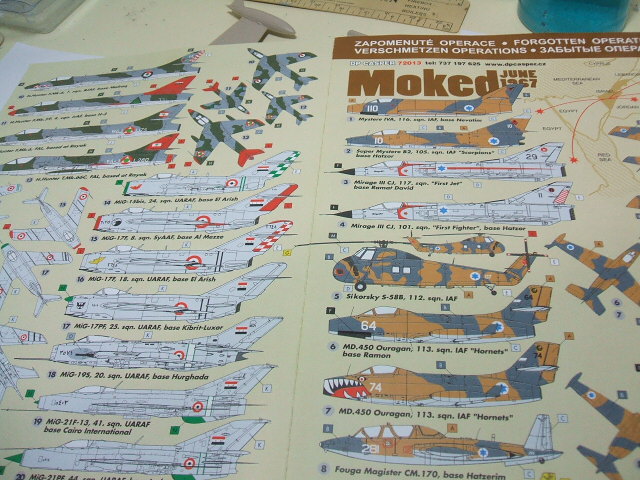 If I were a smart person, I’d be promoting NEW products and I’d have a referral program set up–if you were to clink on a link from my site and buy a product, I’d a get a commission.

I’m not that smart. I don’t know where you can get this sheet of decals. As always, try eBay. I should point out that I’m still operating on a twentieth-century frequency. In my day, readers didn’t pop up and complain if products reviewed weren’t on sale down the street.

Things were better then.

Here are the Heller parts. 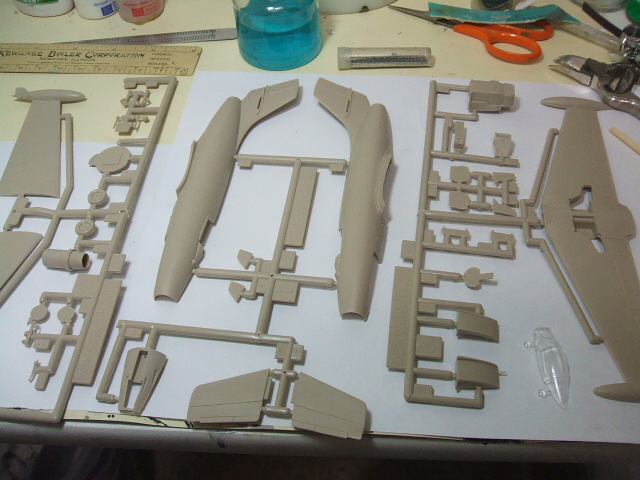 I like the beige plastic. Today’s “all gray every day” plastic is “better” to proud, proven professionals who model like they mean it, but I’m just a guy who sticks plastic together. I like the purty colors.

At some point in the past, I mixed up some colors to match Israeli colors, as good as I could determine. 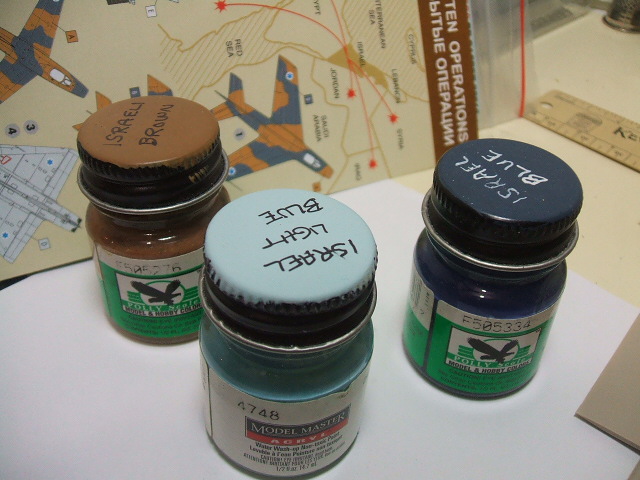 These colors were mixed “from scratch” and they may contain MM Acryl and/or Polly Scale.

You can’t buy these colors anywhere.

So, that about sums it up. I’m not very helpful. In recent days, I’ve truly realized something about myself that I had suspected for some time– that I am a curmudgeon. I am a kind, considerate person–to those who are close to me. But I’m not a people person. I just don’t like people very much. I am never going to be able to conjure up a blanket of warm fuzziness to make my blog readers feel loved. If I get to know you, and we become friends (even online friends) then I’ll stand by you through Hell or high water.

But this doesn’t apply to Facebook friends or any other form of casual acquaintances. I know I give off a “drop dead” vibe to these folks–I know it and they know it. It’s not that I hate them, I just don’t care enough to do whatever alien thing it is that they expect me to do in order to be “likable” (which I suspect is showing how much I like them, which I don’t).

I’m socially dysfunctional. A lot or people are. The funny thing is, if I read this on a website, I would like the author MORE, not less. I don’t value “social intelligence” and that’s the problem. However, I believe that the ONLY real solution to this problem is to not see it as a problem. Using a crowbar to make me more social is a losing strategy–as I have discovered. I didn’t spend the last forty years cocooned in a computer lab, unaware of the outside world. I’ve had plenty of opportunities to learn the truth about myself, and I have learned it.

Which brings me back to another group of people who have image problems–the Israelis. I crewed Israeli jets for a brief time at Hill AFB, Utah in 1980, when the Israelis were being introduced to the then-new F-16. The Israeli pilots were arrogant S.O.B.’s who treated enlisted personnel like ignorant stooges. I don’t love those guys, but I do happen to be interested in them, in their survival and in their history. So, if you don’t like Israeli subjects and would rather not read about them, for various reasons, your objection is hereby duly noted.