I own two airbrushes and a compressor. They’re not new. I bought the compressor in the seventies. Yeah–that seventies. The Paasche came from about 1980 and the Badger was bought in about 1990? Maybe.

It’s all so hazy.

I also have the valve/regulator and gauge for a CO2 tank. No, really, I had it going on back in the day, spray-painting-wise.

Anyway, the point of this little blog entry is to invite comments in answer to the question “what should I do with these airbrushes?”. I don’t want them, but I don’t want to sell them on eBay. They both need some TLC. The Badger could be sent to Badger for a “tune up” as part of their lifetime warranty. 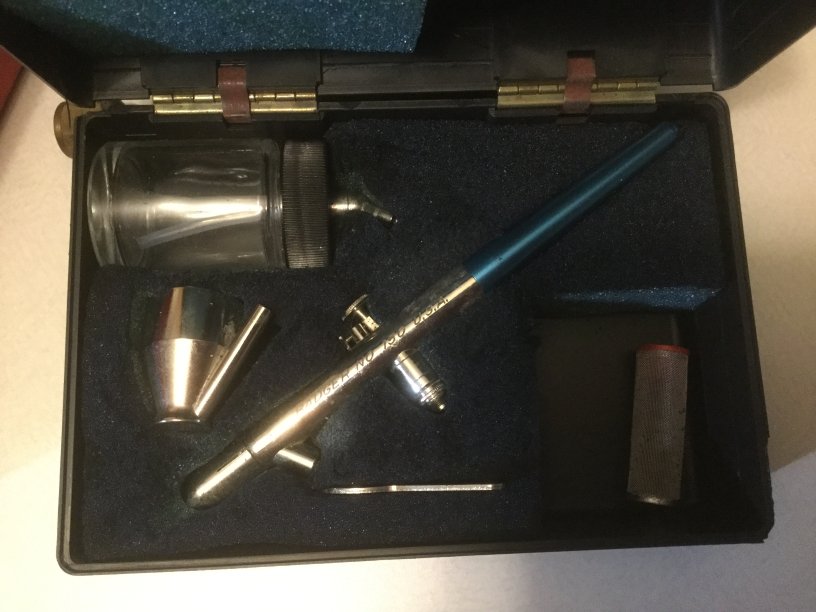 I’d like to give them away to a good home, where somebody will make good use of them. But whenever you give something away, a certain amount of responsibility creeps in and you end up “having” to pay for stuff. Like shipping.

No. I’m not doing that. Man, I just have these things in my house and I want them gone. What I’d really like to do is give them to some struggling artist who can’t even afford a Chinese knock-off airbrush. Yeah, that’s the fantasy version how this will work. I’ll give the equipment to Jamal, and he’ll become a sensation as the inventor of a new school of hybrid art using the airbrush.