I build models in order to escape reality and go off into another world. That’s not supposed to be funny (believe it or not). I really do get into the whole escapism aspect of it. I leave ordinary nonsense and voyage on the good ship HMS Scale. I like it. It puts me where I need to be from time to time in order to for me to avoid having Evil Dan pay us a visit. It’s fine place. The streets are lined with trees and the sidewalk cafes glisten with starched white napkins and beautiful beverages that I mostly can’t drink anymore.

On-line model building forums have been bumming me out for years. I’m finding them to be, on average, just not worth the trouble. So out they go. I’ll maintain my relationship with The Airfix Tribute Forum because I love those guys and their crazy and brutal in a thoroughly English version of immoderate moderation. But I’m deliberately choosing not to spend too much effort or energy on the forum.

Other forums I’m done with. Horrible disasters like Hyperscale and Britmodeller can go suck a peach. My blood pressure has gone up for the last time due to their collective stupidity. Other sites have been swept up by the dragnet in a totally unfair way and deposited in a holding cell, and will soon be deported.

My hobby has diverged from the herd enough now to make me fit back into my comfortable role as an island unto myself. Let’s just look reality squarely in the eye. I’m finding the whole direction of the hobby I still love (but am growing alienated from) to be wrong in so many ways I can’t count them.

I hate after-market. I hate the “drilling down” to ever smaller details on ever smaller scales. If you don’t think that some kind of insane super-detailed 1/144 scale kit is not on the horizon you are not paying attention.

I hate the fact that it’s all about appearance. Models used to have working parts, now that’s “toy-like.” I hate that every model is sitting on its ugly landing gear. I hate the lack of spinning props and the lack of “in-flight” models. I don’t mean that I’m only going to build in-flight models with full crews, either. What I really hate is that you can’t do it your way without running into a “collective consciousness” that consists of all the uncles I never liked. Nasty, poor role-model males who just put down anything (and I mean anything) “different.”

I feel like I need a month in the tropics to wash off the stink of having to wade through all of those evil discussions about who said what about this or that detail on this or that kit.

But mostly, I’m just terribly, terribly disappointed. I wish that the forums had become a good place to share war stories and compare notes (the Airfix Tribute Forum is sorta like that) but I also wish that forums were a place where criticism really was constructive, where learning and teaching could occur without nastiness, and where the faint whiff of skulduggery from shills and trolls was never smelled.

But mostly I wish it was more about me and people like me.

I want a forum where my values and my outlook on life are the dominant one. I want to be a member of the “in group” who have “insider privilege” and can act like we want and expel really obnoxious outsiders.

And everyone would recognize and agree that the work of a genius like Mike Grant means that Sensei Grant gets to hold a special place in the group and he wouldn’t have to attend daily prayers.

That’s not the way it works. Super forum participants have a hobby. It’s forum participation. All they do all day is sit at a computer and “participate.” These people bring a forum down, but there’s no way to get rid of them. They become the heart of the forum and it takes on their qualities. Hyper-critical forum “regulars” make a forum hyper-critical. Hyper-perfectionist forum regulars make a forum hyper-perfectionist. Hyper-clique-y forum regulars create a forum of cliques. And so on.

I’m done with it. I cringe, now, when google brings me to Hyperscale or Britmodeler. I tend to avoid even the appearance of supporting them by looking for photos of a Brewster Buffalo. “No,” I say. “I can live without it.”

I’m pleased to report that the door did not hit me on the way out, and I’ll just include a blank (            ) to imply a mean response to any other nastiness from the peanut gallery.

I strongly advise anyone reading my blog to visit the blog of my guru (not mentor) the immortal Shamus Young. Shamus writes about gamers, and the resemblance between gamers and modelers is real but not as compelling as I used to think it was. Still, though, I’m going to be blogging about it, and all nerd-related topics in general, as I move on. “Going forward” as the kids say. 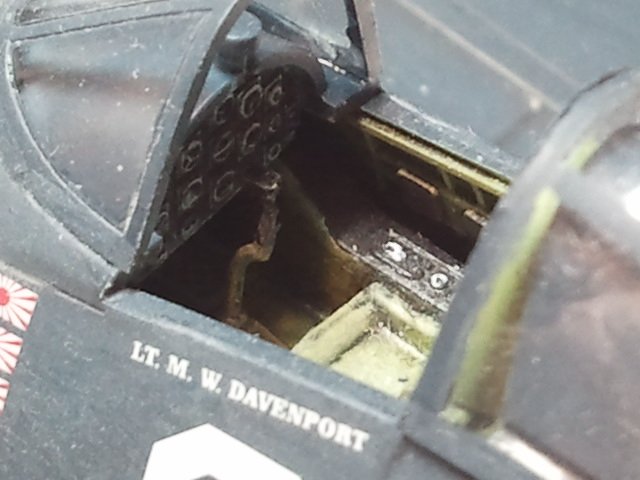