Perfectionism is a disease, not a cure. The A-20 model is coming along just fine, despite my best effort to foul it up.

But first, A brief review of today’s activities. I installed the engines, put on the wheels and the propellers. Then I finished up a lot of little painting tasks–specifically the landing gear and the propellers. Next came those darned vac-formed clear parts, and for the most part they went on without a hitch. Except for the nose. It just didn’t look right to me.

How many times have I heard that as an introduction to something like “so I had to sand the whole model down and start over again.” Unfortunately, I’ve already had a bit of bad luck with a Hellcat, and I don’t have any more “goof up and get away with it” cards. I blow this and my whole blog starts to look way too existential.

So I preceded to paint the frames on the clear parts by taking a brush and painting them. This, I know, is supposed to be a feat of magic. Well–maybe it is. I really paid attention to what I was doing this time, instead of just painting, and I noticed a certain amount of “magic” going on. By that I mean that I had to know, decide and act on about a dozen different things, all at the same time, and not make one bad decision. In other words, I did something that the average beginner is just not going to be able to do.

I could have made a video, or stuck to a more “beginner friendly” technique, such as using strips of decal material painting the color of the frames, but I chose not to do those things. I just went ahead an did what I wanted to do. The blog, in this case, was neglected. 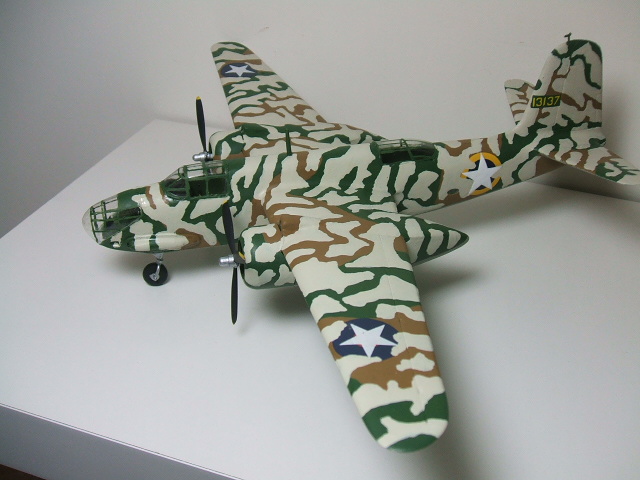 These photos were taken after I “fixed” the nose. At first it seemed like no big deal. I’d just tear off the nose “clear part” and trim it, then reattach. But this turned out to be a bear of a job. I’m still trying to figure out a really, really good way to attach these vac-formed canopies. I’m using PVA at the moment but I’m not sure that’s the best approach.

Anyway, I managed, just barely, to avoid another disaster. 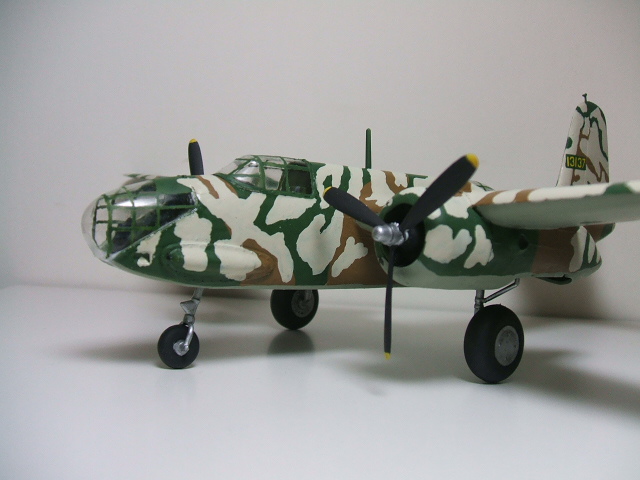 I like the way the nose looks now. It’s not perfect, but it’s good. As we used to say back on the farm after escaping from a rampaging bull.