I recently sold a (then) hard-to-get set of decals for Duke Cunningham’s “Showtime 100” a famous warplane piloted by one of only two American pilot/aces from the Vietnam War. I had acquired an old Monogram F-4J and I intended to build it as Showtime 100 and put it beside a model of “Colonel Tomb’s” MiG-17.

Well, all that turned out to be bullshit. “Col. Tomb” was a myth, and so, it turned out, was Duke Cunnigham. I couldn’t stand to look at a model of “Showtime 100” sitting on my shelf because it would remind me of a guy who had every reason to be a loyal and honorable public servant, but instead chose to become a corrupt and disloyal politician who, in a welcome, and rare, example of justice being done at last, went to prison for his admitted crimes. 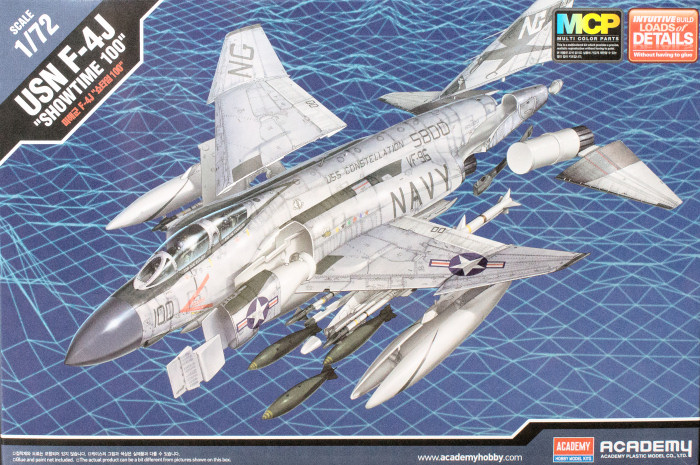 He sold “influence” in the procurement of weapons systems for the U.S. military. I mean, that’s dangerously close to treason. “Duke” Cunningham is out of prison now, but he served a few years in the slammer for activity that could have been treated far less leniently. He was, as always, lucky.

The thing is, I’m bothered, personally, by the corruption of Duke Cunninghom. I’m not nearly so disturbed by the antics of a thug on a street corner in Queens. I don’t get all existential when I read that some drunk in Bloomington ran over some guy. But Duke Cunningham was a hero. A naval officer. A guy who damn well knew right from wrong.

This is just one more brick in a mighty thick wall. It says something about America that we really weren’t able to “digest” Cunningham and his perfidy. Too many more scandals to untangle. Too much sea water had flowed under certain bridges to get even slightly upset about one more congressman who takes bribes.

But here’s the thing–if Duke Cunningham is a liar and a thief, then the true reality of human frailty and the real meaning of “original sin” just jumps out at you if you’re paying attention. Cunningham led a charmed life, of a sort. He won the “manly-man” sweepstakes and made it to the top of that “old pyramid” where only gods and heroes dare to tread.

But then he sold the whole thing for some shiny trinkets. What the Hell? How? Why? Was it an “addiction” as they like to say now? Was he addicted to “something?” Truly, it would be difficult to find another example so egregious, unless we take the lower road and jump to certain abysmal conclusions.

Maybe Cunningham went to prison, not because he was crooked, but because he was bad at being crooked. In this day and age, I’ve noticed a huge chasm has grown between people of my generation (the “baby boom”) and “millennials.” The younger people face life with an attitude that might be called “cynical optimism.” They see “history” as providing a golden path to progress, but believe that human beings are irredeemably corrupt. This is just the opposite of my generation’s idealistic pessimism. We saw our future in radioactive dust–but we saw humanity as basically good and worthy of salvation.

It’s a gap that no amount of talking can bridge. But if I put myself in the place of a cynical millennial, I can see that perhaps Cunningham wasn’t so much a traitorous crook as a dummy who, as a result of his foolish and misplaced integrity, sabotaged his own career in graft by being, well, not sneaky enough.

After all, maybe a true sneak like Lyndon Johnson or Richard Nixon would get by with criminal activity forever (as long as they don’t ascend too high) but Cunningham’s natural “ethics” may have condemned him to be the “fall guy”–the example intended to further the myth that American politics is NOT completely corrupt–after all, look what happened to Duke!

Maybe. But I still can’t stand to look at Showtime 100. Whether Cunningham was a “fall-guy” or a flat out traitor, it’s rotten either way.

1 Reply to “Showtime 100 and the Legacy of Duke Cunningham”