Well, I think that Revell, when they made this kit, were not nearly as dedicated to 100 percent perfection as the typical (mildly disturbed) plastic kit fan. They knew that only a few (less than twenty percent) of their customers would really care about how the sails “billow.”

But something went wrong. Some guy at Revell really, really did a number on this. He (or she, I guess) put four times as much work into these plastic sails as reason would dictate. He “went the extra mile.” He did the eighty percent that accomplishes the twenty percent of results–and that made all the difference.

The sails really are a work of art. Except for the fact that nothing else–like the instructions–reflect this crazy dedication to detail. One lonely lunatic at Revell did a bang-up job on these sails, but that’s as far as it went.

I’d really like to know HOW the guy (or gal) who did this really expected this all to fit together.

I managed to get the mainsail tied to the yard, but I had to cut and “weld” the lines together that hold the sails out from the mast. I had it too short, so out came the super glue. There may be people who can tie tiny knots with just an inch of line but I’m not one of them. The tragedy of aging is that when you gain the ability to do one thing you lose another.

That’s why we have super glue. 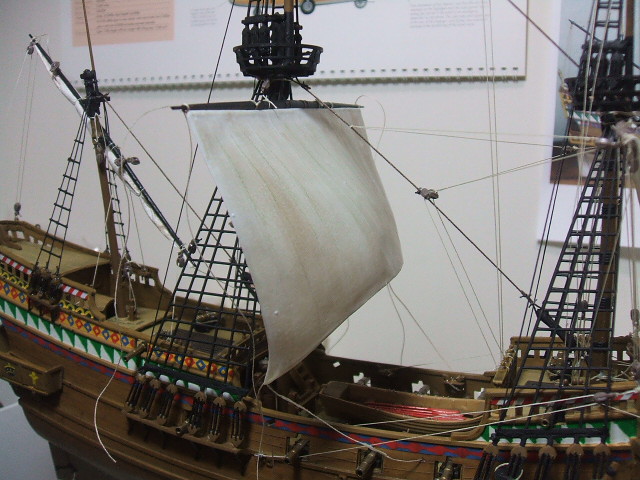 I accidentally tore off one of the top sail’s threads trying to apply bee’s wax and so I had to re-glue it. 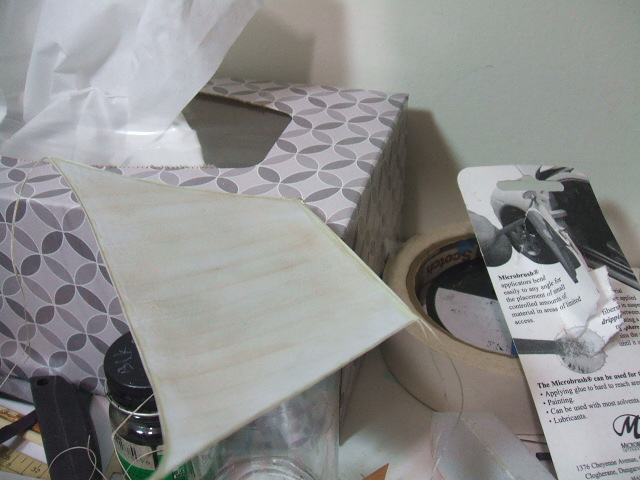 Tied on a bunch of these little blocks. 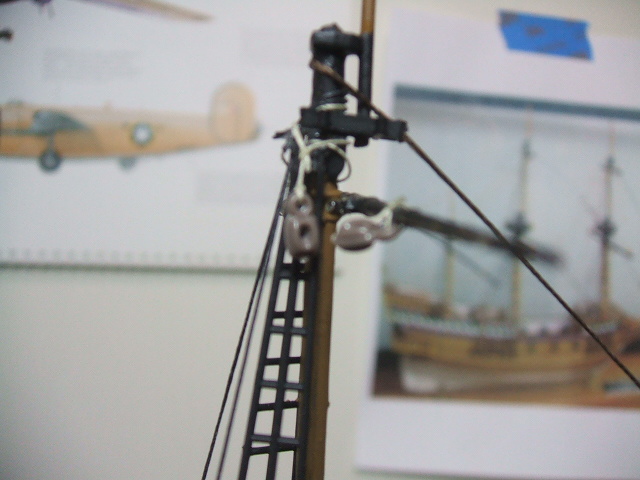 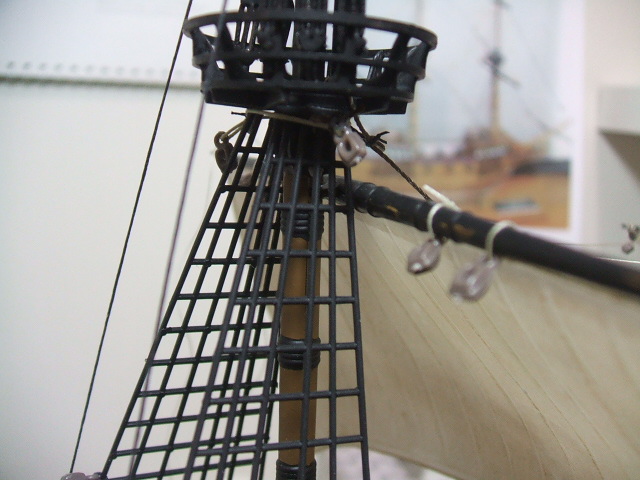 Little by little, progress it made.