I’m just gonna write this blog entry because I just ain’t got no sense.

I was watching this video

and at about 15:35 we hear that the sable brush is “poofy” (and furry and fluffy) and this means that it will HOLD THE PAINT so that the wash doesn’t just drip out of the brush.

I use “natural” sable or, if you want to speak Revell and you’re cool– Rotmarder–

Apparently, the poor innocent little Rotmarders are being brutally SLAUGHTERED (or they were) and so the import of Kolinsky Red Sable brushes is illegal in the U.S.A—

The point of this blog post is that my brushes, apparently obtained with bloodstains from unfortunate weasels, ARE FURRY, FLUFFY, and POOFY. No, that’s not their names. The unbearably cute weasels. They’re not named Fluffy, Poofy and Furry. That’s the BRUSHES! The BRUSHES have those qualities.

So, if I can PLEASE restore some sanity here!

My painting technique (which I did not invent) depends on a small sable brush filled with very thin paint. The sable brush is critical to the whole thing because only a natural sable brush allows enough paint to “hang” inside the brush until it flows out onto the model’s surface when the tip of the brush is touched to the model.

Ohmygod. Furry was taken by The Trappers. They’ll make her (what?) into a paintbrush so fat Americans can play with toy airplanes. 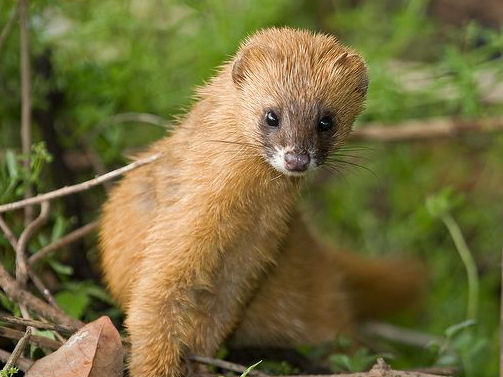