I’ve said that I’m a painter, not a builder, but that is a matter of preference. I can fabricate things when I have to –but I try to avoid it.

So here they are.

First, the Hasegawa Hurricane Mk. I with my homemade Rotol “Spitfire” propeller. 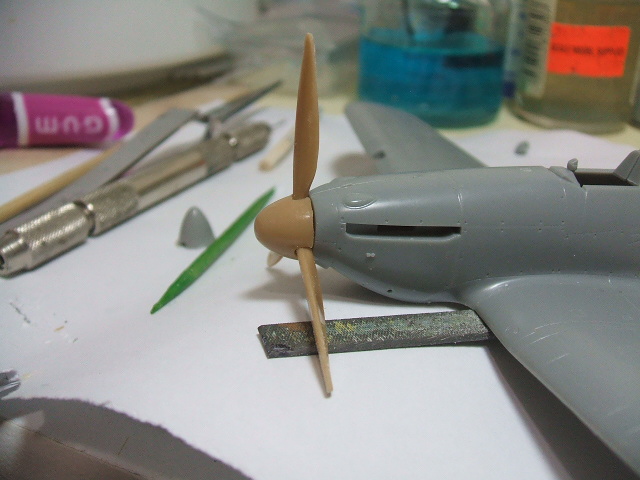 Here’s the Hasegawa Hurricane Mk. I with my homemade de Havilland Propeller. 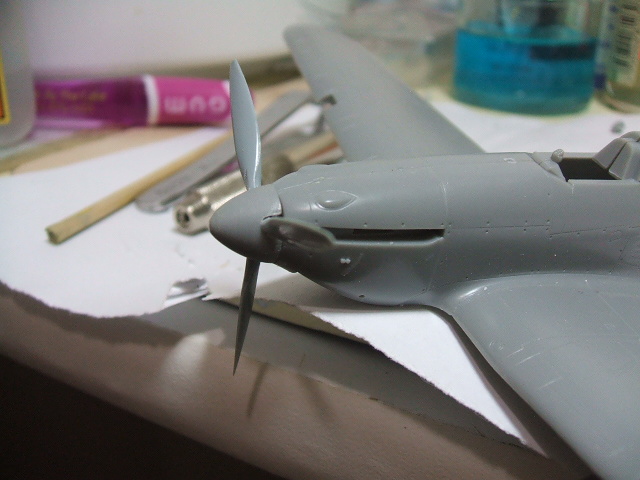 Here’s the Revell Sea Hurricane Mk. II with a prop made from the “Rotol” spinner from another Hasegawa Hurricane, and the prop blades from an old Heller P-36. 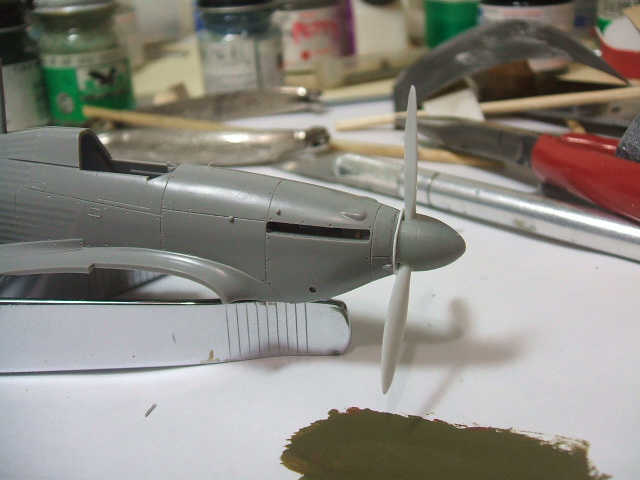 Now we get into the complaining part.

I had to make these propellers because the ones in both kits were very poorly done. Even my awful attempts are better than the “phone it in” efforts from Hasegawa and Revell. Strangely, Hasegawa got it wrong twice. They’re zero for two. The underlying reason for these numerous foul-ups seems to be that model kit makers like to send somebody off to measure a restored “warbird” or “museum display” and most of those, for whatever reason, do not have original props. That bizarre Hasegawa “late Rotol” prop is based on a modified spinner taken from a Lockheed Constellation and used on a restored “warbird.”

I don’t know what Revell’s excuse is. 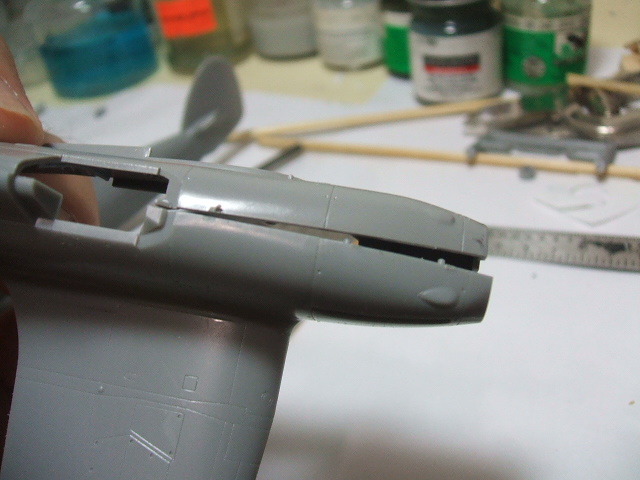 The Hasegawa part is the one on the right side, with the wing top attached.

The Hasegawa kit, which should be shorter, is actually slightly LONGER. So is it the Revell kit or the Hasegawa that is wrong? It’s Hasegawa. The almighty Japanese kit maker has picked our pocket. They promised a Hurricane Mk. I but delivered a Mk. II, tarted up to look like a Mk. I with nice decals and a fancy box.

Face it. Hasegawa never intended to make a Mk. I. They just took the Mk. II mold, gave it different decals and a poorly made propeller and CALLED it a Mk. I. Just like that.

It’s hard to think of a way to condemn this adequately.

I also visited a website “dedicated” to reviewing Hurricane kits and the author missed this discrepancy. One of the eternal guardians of Britmodeller noticed it and mentioned it in passing–which led me to investigate further.

Good on ya, Britmodeller. Somebody mentioned this in passing.