There is only about enough real, solid information about English ships from the year 1600 to make up one good model. You can make a Mayflower, or a Golden Hind, or if you really push it, a Revenge. That’s about it. Furthermore, you have to choose from between two versions of the Golden Hind.

If this all sounds rather nutty, consider that you have, really, one good drawing of a ship of that era. I found a nifty copy of it in zu Mondfeld’s Historic Ship Models. 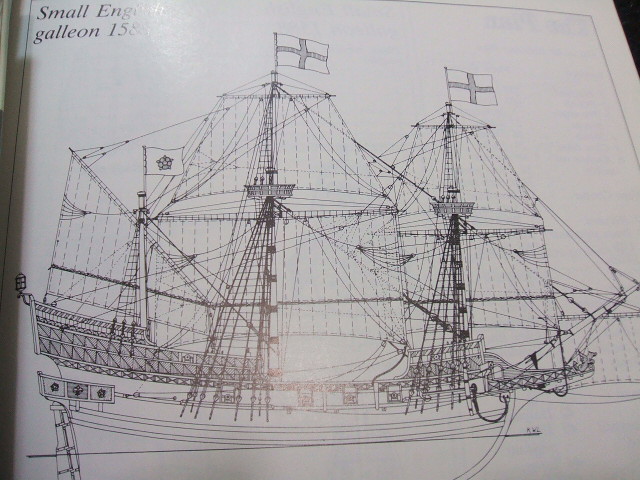 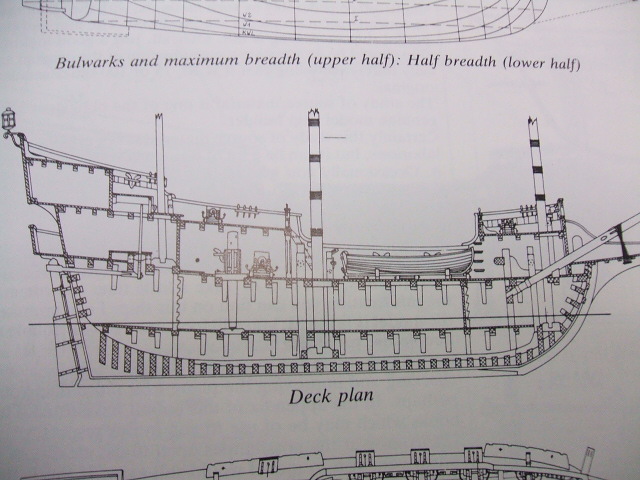 I have another book on the Mayflower. It’s part of an ambitious series entitled Classic Ships Their History and How to Model Them. 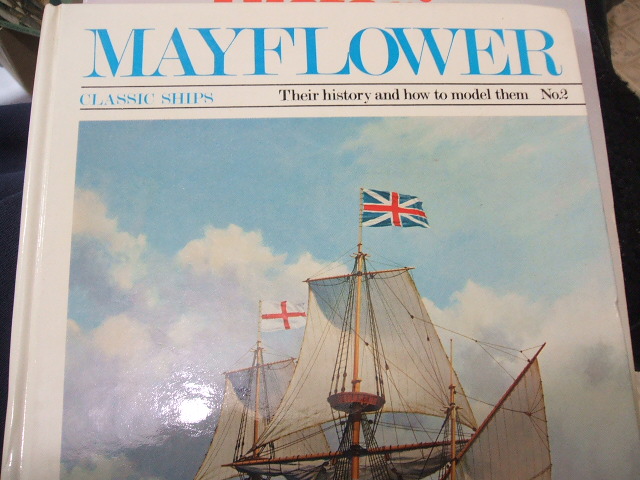 It provides this image. 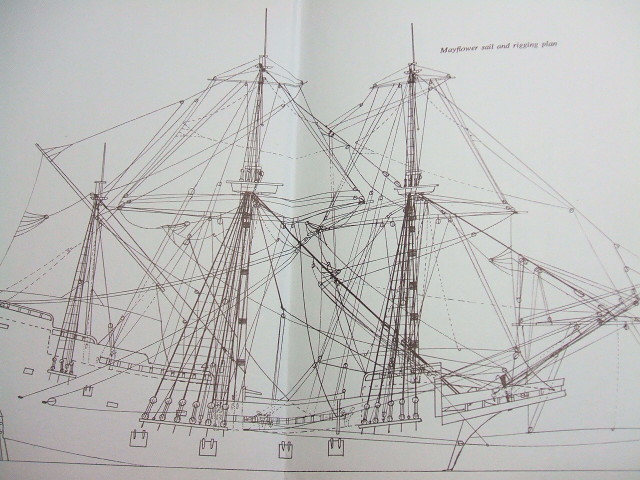 Finally I have a “souvenir book” from the Golden Hinde replica ship. It looks like this. 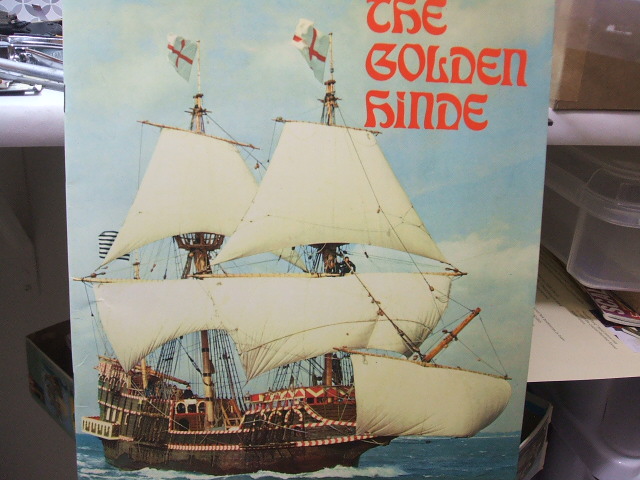 The Japanese firm of IMAI made a kit of the replica ship. It looks like this: 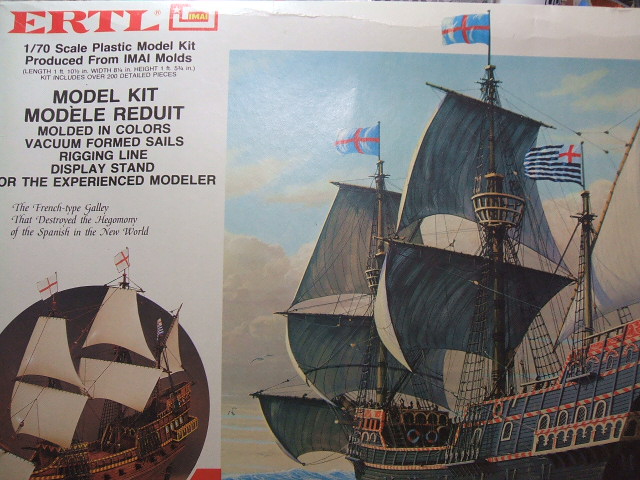 All of these kits are basically the same ship, done up in remarkably different ways, with slightly different add-on packages. The real difference is whether the ship has guns on the lower deck or not. The Mayflower, the Golden Hind, and the Golden Hinde all come from (basically) the same data. The makers of models are free to choose how they interpret the data, and the manufacturers of kits are also free to make kits that reflect this data in slightly different ways.

But, ultimately, if you buy a plastic kit of the Mayflower or the Golden Hind you are getting a wild guess as to what the ship looked like. Just a complete guess. So your model, as a recreation of the historic ship, is hogwash from the very start. All mutterings from the peanut gallery at the FSM Ship Forum having been declared “not with standing.”

You may decide  to buy the Revell Mayflower or the IMAI (later ERTL) Golden Hinde in order to build a model of THE REPLICA SHIP. In both cases, you could build an EXACT scale model of the replica, down to the tiniest bolt-head.

My model, the one I’m building, is based on some kind of drawing of “an English galleon” (see zu Mondfeld, above) but it’s not a real ship, as far as we know. The other two kits, the Revell Mayflower and the IMAI (ERTL) Golden Hinde, are actual models of real ships. Replicas, yes, but there is a large gap between real and unreal, as far as I’m concerned.

I’m not building a model of a real ship. The other two kits mentioned here could be used to do that, but nowhere, ever, have I heard that anybody even cares about that. Am I the only one who thinks this is strange?