This was the longest project I’ve ever tackled, and it will be a good long time before I take on another one like it. 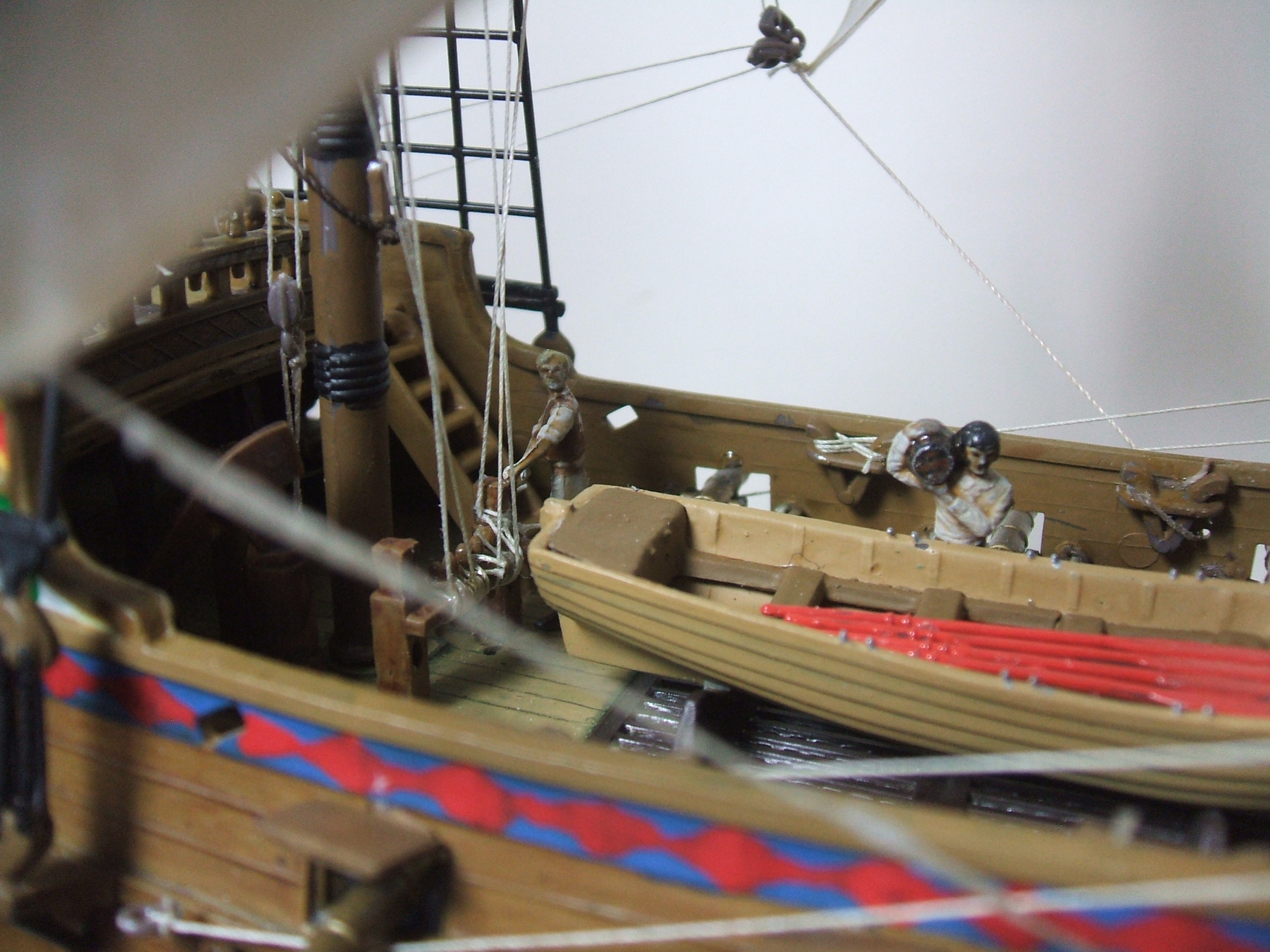 I’m much more interested in aircraft and the history of aviation. 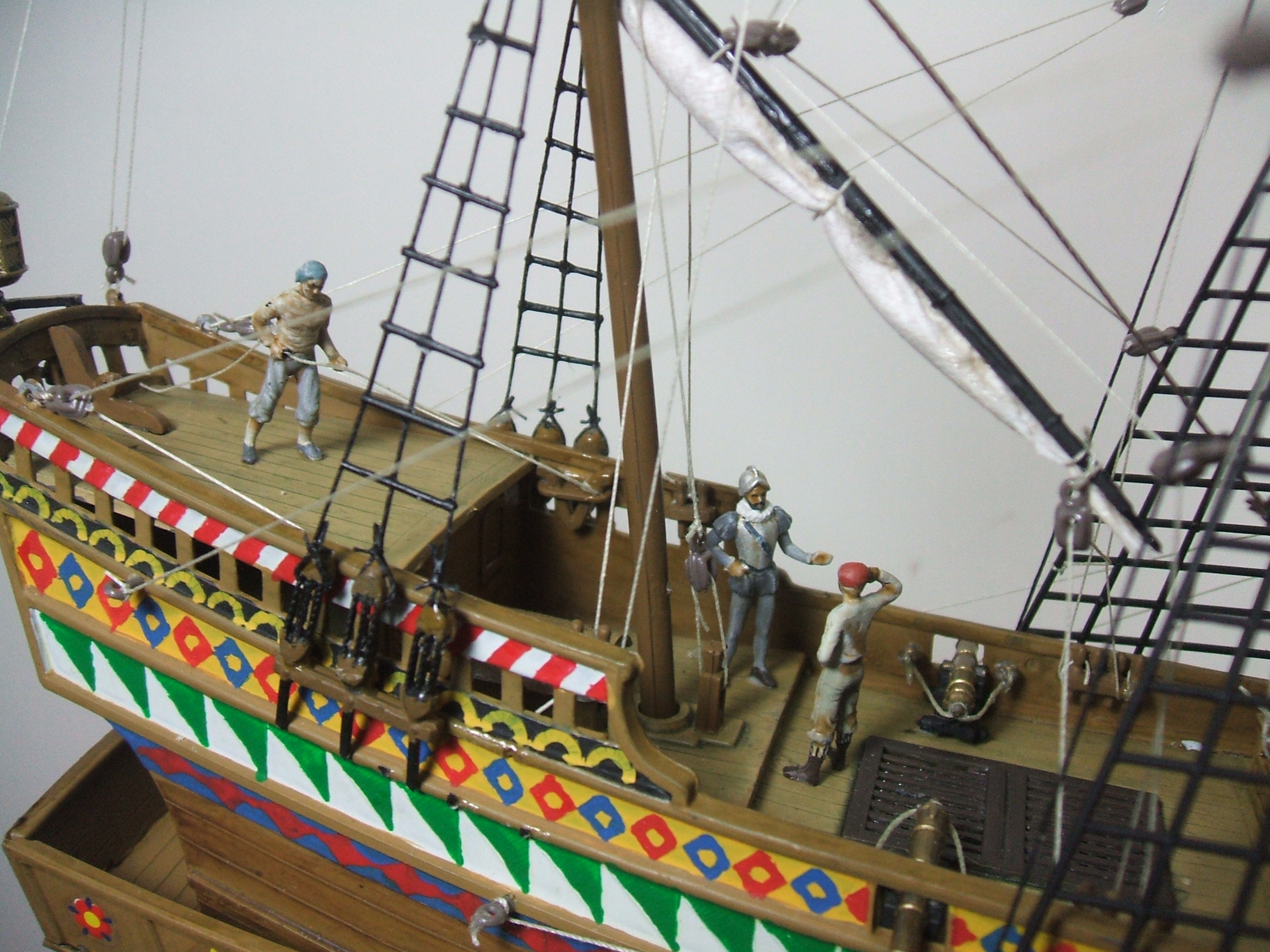 Sailing ship models are inherently complex and difficult. Even if you just build the kit out of the box, as I did here. 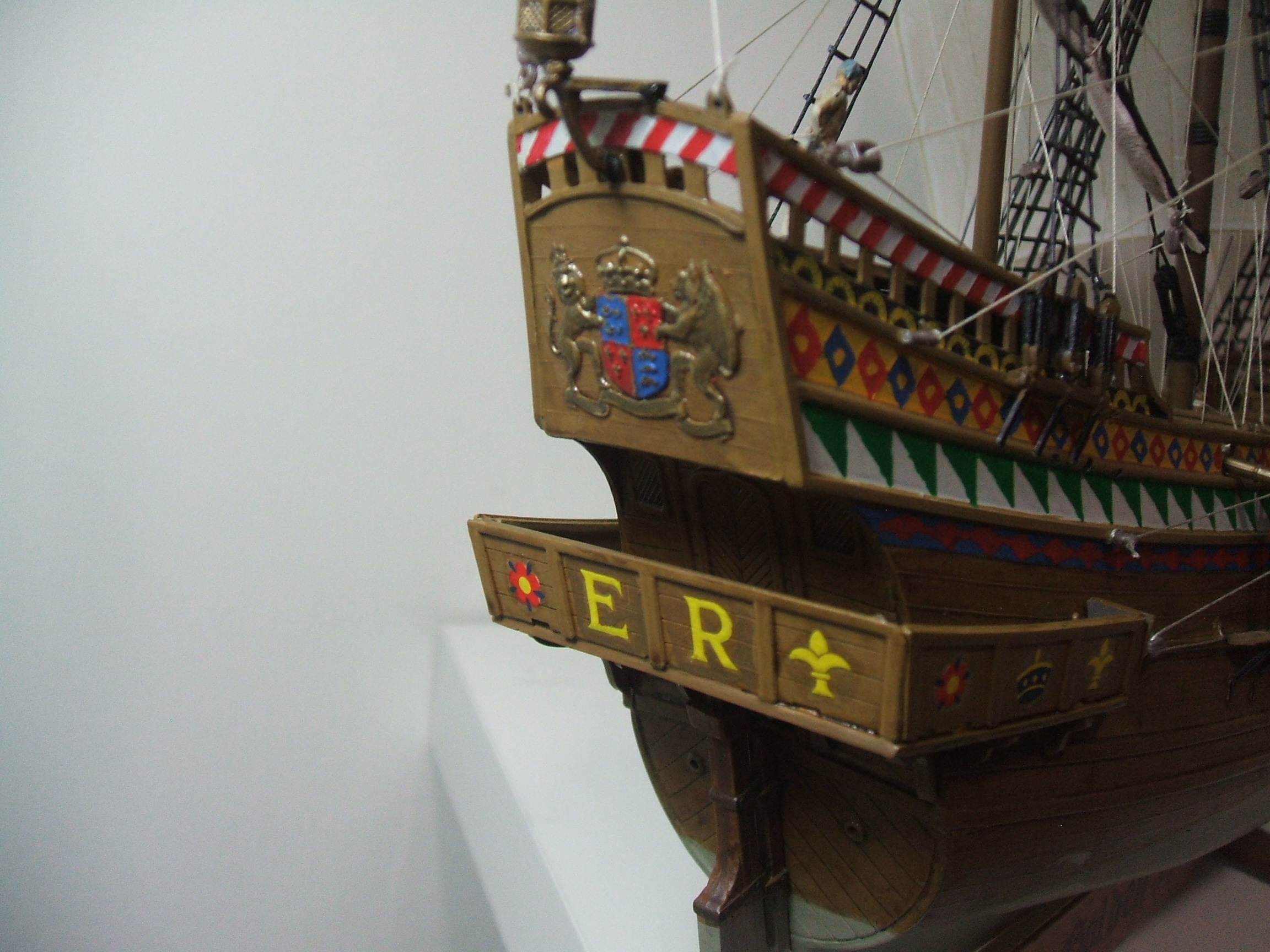 I haven’t see many of these built-up on the internet. A lot of the original kits have been sitting under beds or in attics for fifty years–they show up on eBay quite often. 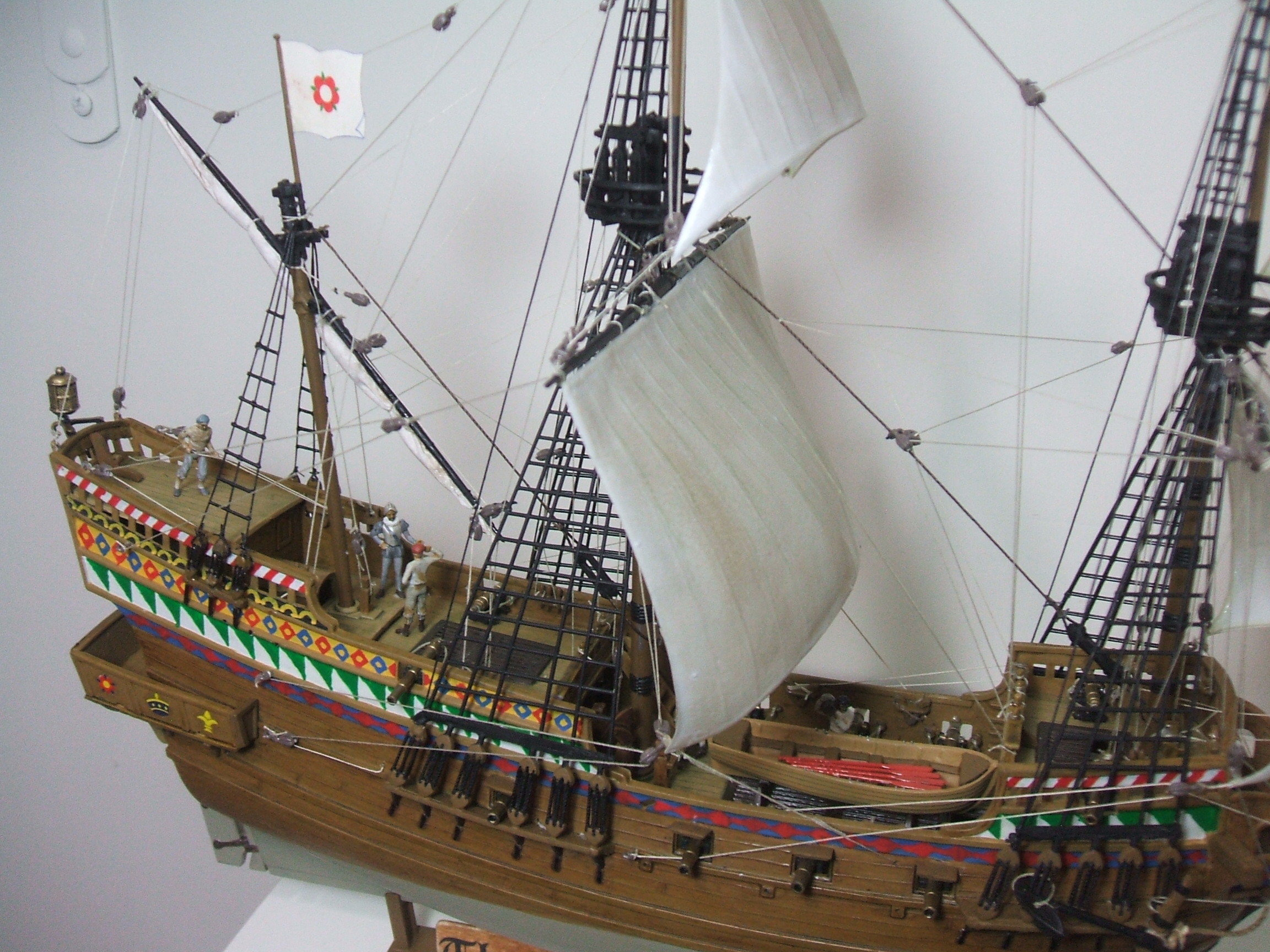 Anyway, I now have a ship model that I first tried to complete fifty years ago. I learned some valuable lessons from the build. First, get a kit from the original issue with that great Lynnwood painting in order to have the “cleanest” moldings and the best instructions. Then, get a second kit of a later issue, to provide spare parts (I needed it more than once on this build) and to provide the injection molded ratlines that I’m really glad I had. I had some good luck in that I found the original kit with the sails in good condition, and then bought another kit with broken parts and crushed sails (which meant it was cheap). Between two kits, one old and one new, you should be able to get the best of both worlds.

I used regular sewing thread for the rigging. The darker strands are “heavy duty” sewing thread” and the lighter ones are just regular, good quality sewing thread. It’s more “to scale” (hah!) than the stuff in the kit.

Anyway, I was able, finally, to get a ship on my mantle. Here it is just before the heat from the fire melted most of it. 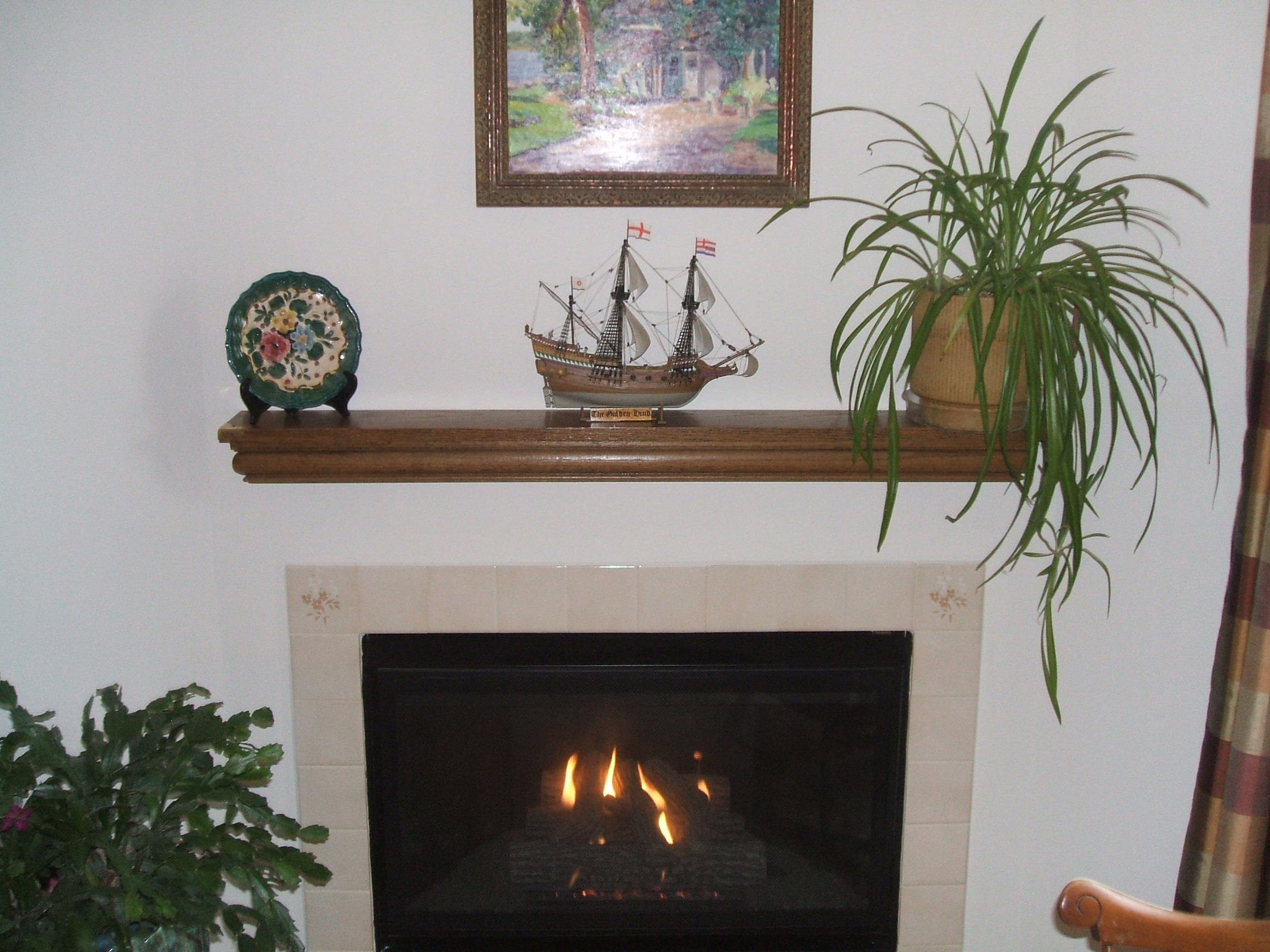 I attached the stand (or whatever it’s called in ship-land) by using these things: 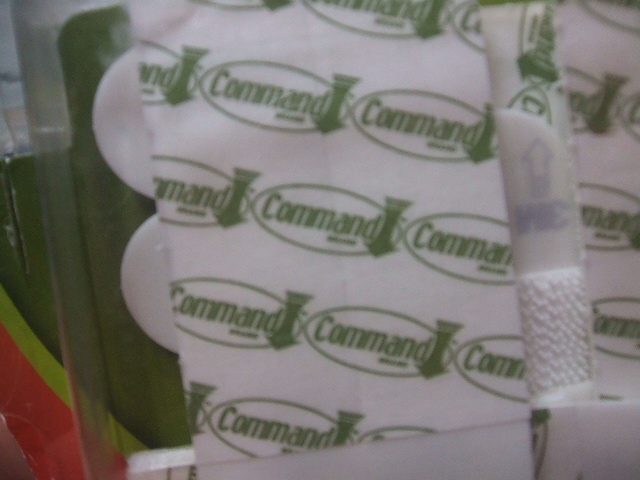 They’re gadgets that are used to hang pictures without damaging walls. I cut them to size and put then into the stand, then pressed the stand down onto the mantle so the adhesive took hold. 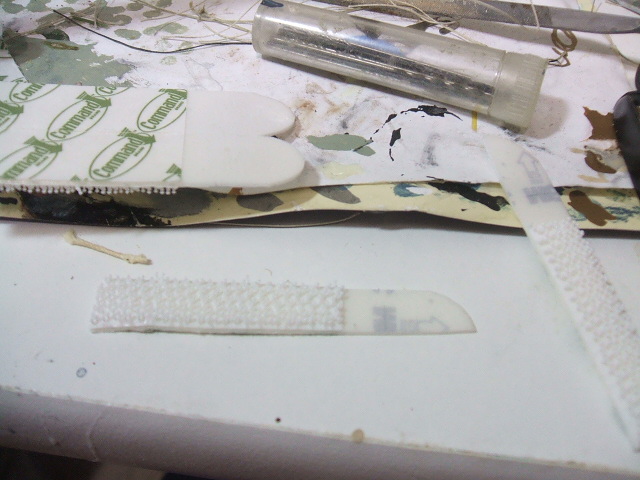 The stand is “fixed” to the hull of the model with carpet tape. I’m a big fan of old-fashioned super sticky carpet tape–but it’s getting more and more difficult to find. 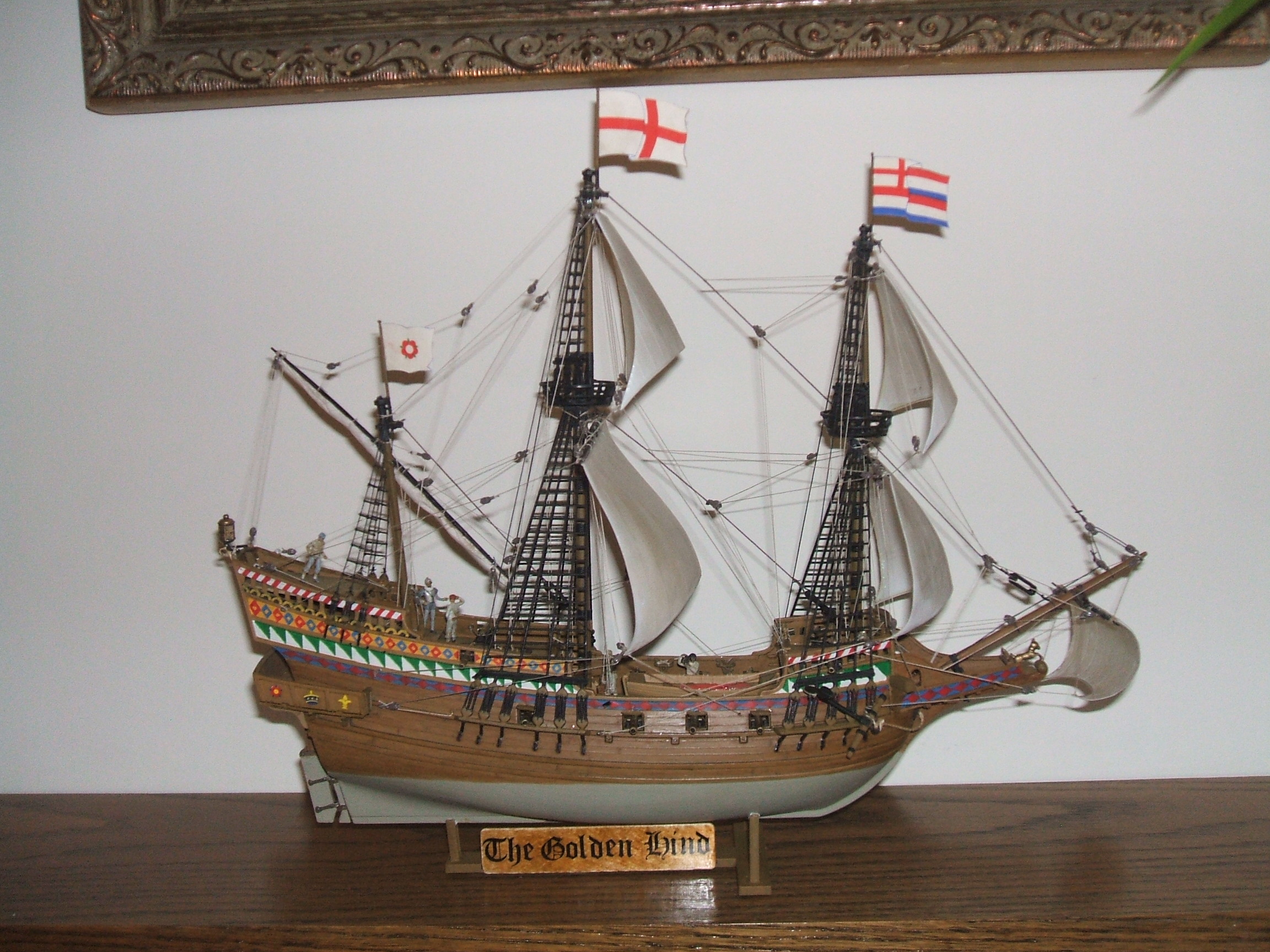 This is a good kit–for what it is. It has all the blocks and sails and figures and detail. It is a kit from 1965 so keep that in mind. It is available in several boxings. There are two or three Revell boxings that are called “The Golden Hind.” Then there’s a “Spanish Galleon” version that would make a good “second kit” for parts (Revell made another, much larger Spanish Galleon, and a new, smaller Spanish Galleon–it’s not those). The same kit is also available from Heller as the Golden Hind. The scale is given as 1/200 on some of these kits. It’s really about 1/87. It would fit right in with an HO model railroad layout, if you imagined some kind of pirate railroad.

If you’re willing to take this on, figure on a long term project that will test your determination as much as anything else. Once again, I thank Heaven for super glue.