In 1967 my family took a vacation trip to Washington state (we lived in Ogden, Utah, at the time). We visited my Aunt Bea in Centralia, Washington. She took my brother and I fishing up on Spirit Lake, which was later blown to hell when Mt. St. Helens erupted.

We also visited the brand new Tacoma Mall, which had a respectable hobby shop inside the Bon Marche department store. Because Boeing was such a large part of the culture of the Seattle area in those days, plastic model kits, purchased by loyal Boeing employees, were even more widely available than in the rest of the country, where you could usually find a Revell kit of a Messerschmitt resting comfortably between the deodorant and the suppositories at any local drugstore.

We spent a day in Seattle, and managed to visit the Woolworth’s that was then right downtown. I went in the place and saw this: 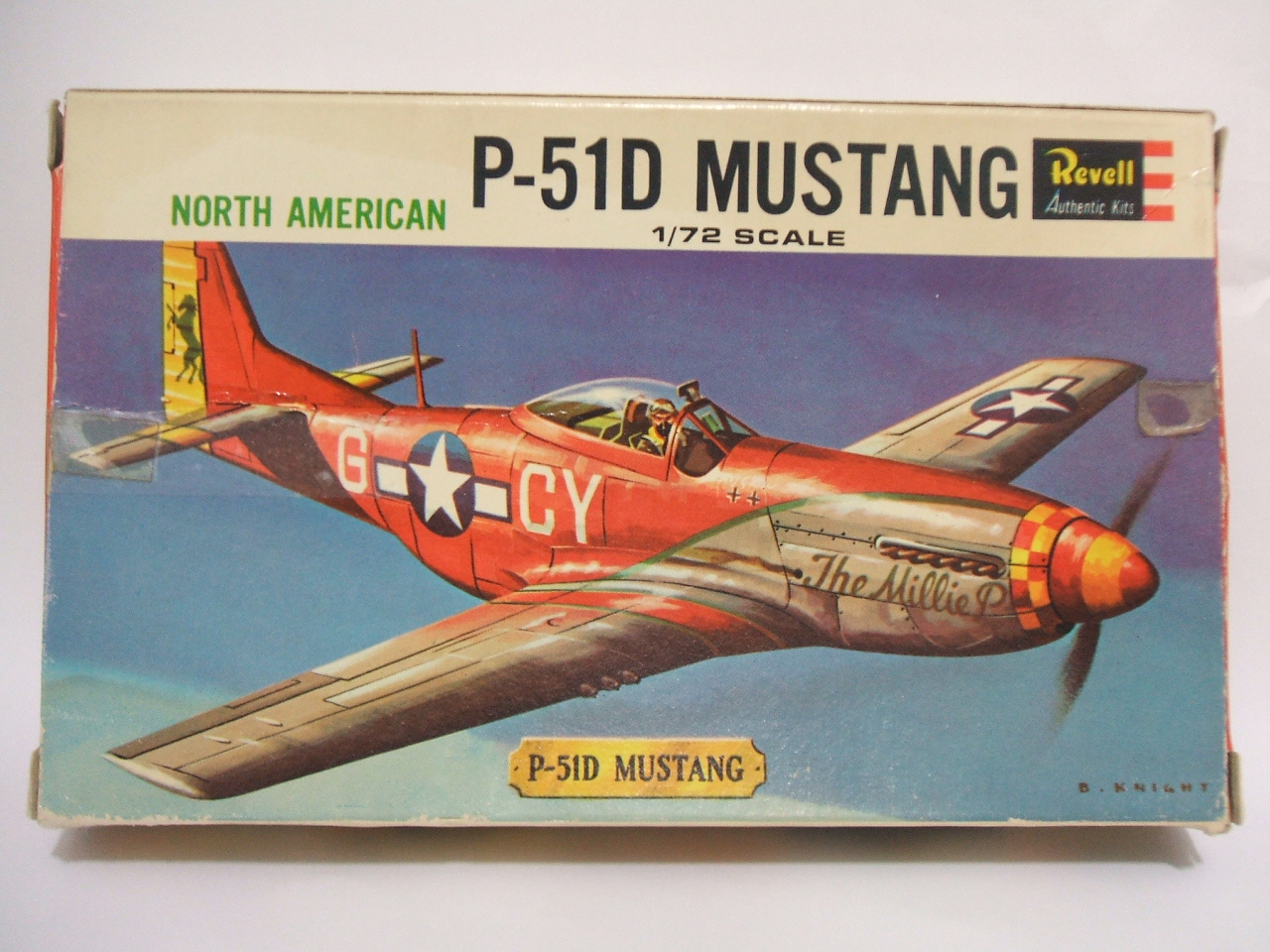 An electric shock went through me. Here, at long last, was the Revell Mustang kit. I knew it existed from rubbings collected by Dr. Stalling during his expedition to Peru. It existed–yes–but I had never seen one in the flesh. This kit, in Utah, anyway, was a rare bird. There were always plenty of Spitfires and Hyabusas and Wildcats and FW-109A’s and Thunderbolts, but the big daddy of them all–the war-winning Mustang–was a no show.

But here in the middle of this huge metropolis (well, it looked like one to me) was the rare and unobtainable Revell Mustang in all its glory. I wanted it so badly my fingers itched.

But it was not to be. Our trip budget didn’t include plastic model kits and I think we can see where my obsession with kit acquisition may have begun. That Mustang drifted off into the mists of time, forever hovering on the shelf of a stuffy Woolworth’s on a rainy day in Seattle, forever beyond my grasp.

Which was a good thing because this kit sucked. But when I finally built it, about a year later as part of the “Pacific Fighters” set–I was as blind to its faults as a young man considering the failings of the woman he has fallen in love with. I looked, but I did not see.

What was it? What made these old Revell stinkers so appealing to me? It don’t take no Ph.D. to figure it out. It was the BOX. And Revell’s uncanny ability to put just the right B.S. on that box to sell the kit. “Sell the sizzle” is a dumb person’s way of saying that the sizzle sells the steak. That box, with that psychedelic painting of a blood red Mustang stealing the thunder from old iron-pants Von Richthofen, was pure sizzle.

What was inside was pure nonsense. It’s gone down in history as one of the worst kits ever made. What’s really unbelievable is that Revell, in the PRESENT DAY, is still selling this old monstrosity. For shame.

But I have to face the truth. Revell kits just weren’t very good. They weren’t. The plastic parts just were not as accurate as Airfix, and certainly not as well made as those mini-masterpieces from Monogram. But I didn’t build Monogram kits very often. My heart belonged to Revell.

It was the box. 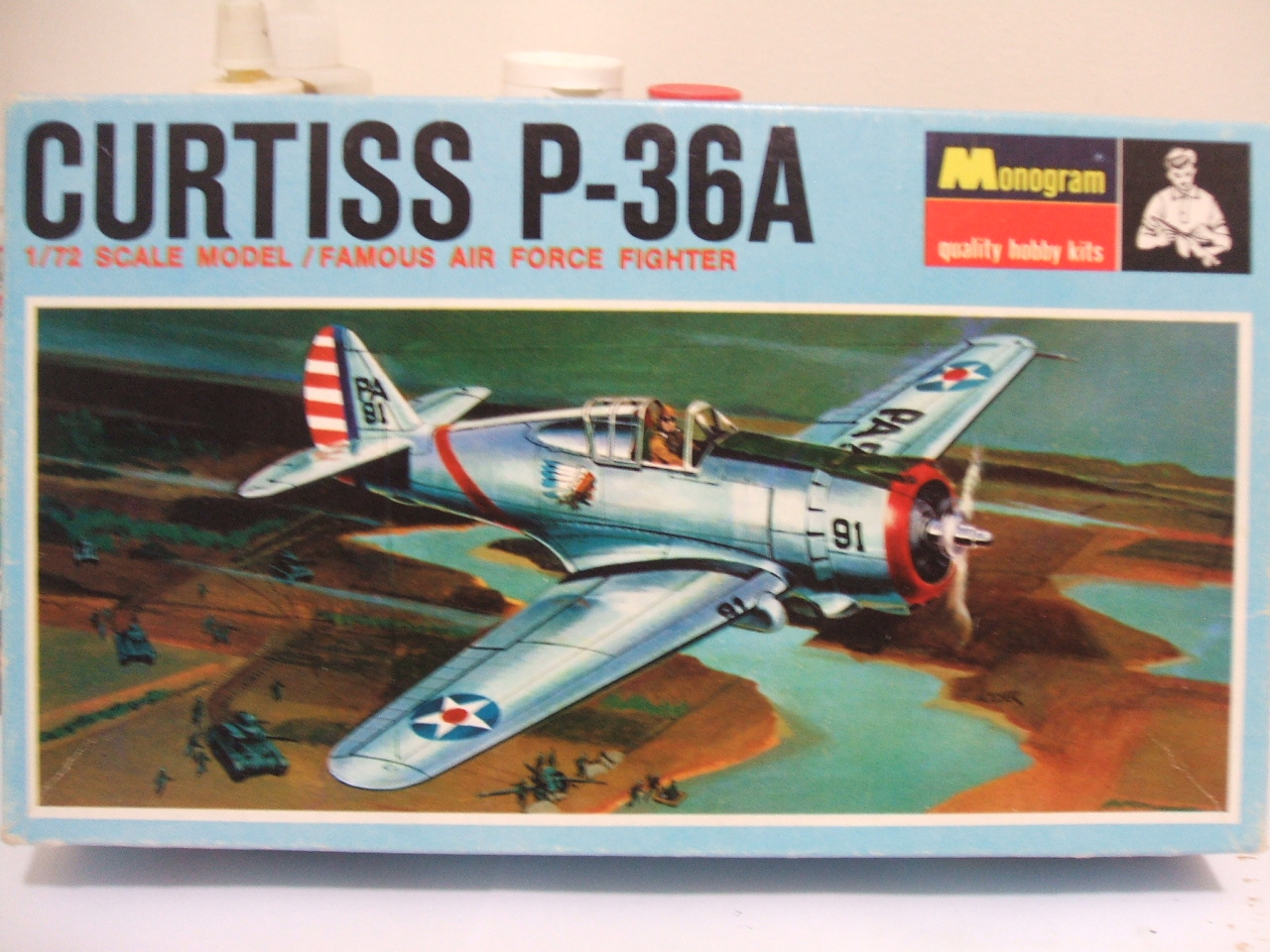 This sad little box is about as sexy as dog poop. That blue color is suitable for the marketing of baby powders and ladies’ underthings. That painting (?) looks like you drew it. Hell, it looks like I drew it. But let’s just do a tiny bit of comparing of the plastic inside vs. Revell’s abomination. 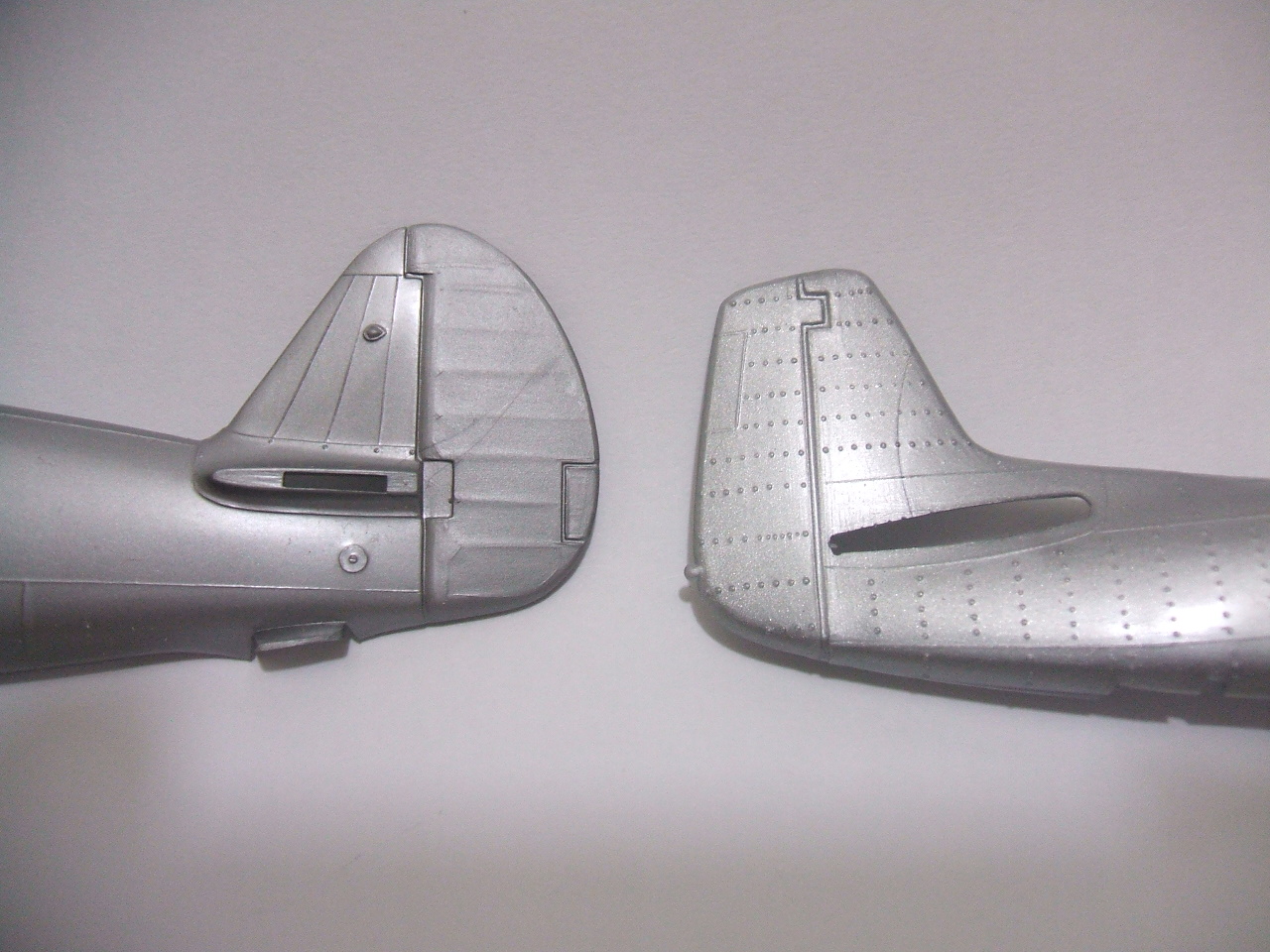 That’s not the worst of it but you get the idea. Monogram’s P-36 holds up well today. Real caring and concern went into it. Revell’s monster just looks like somebody didn’t care.

What went wrong? I’ve read that the problem had something to do with the English. Yes, many of the old Revell 1/72 scale kits were tooled up in Britain. Britain was the home of Airfix and FROG, and they knew something about making little plastic kits. But Revell’s crew must have been rejects from the trade unions that ran British industry into the ground at about this time. One imagines a surly lot of dissatisfied machinists demanding longer tea breaks and wondering why a children’s toy has to be so bloody proper.

Oh well. The box still sold it. Take a look at an Airfix box from the same period. 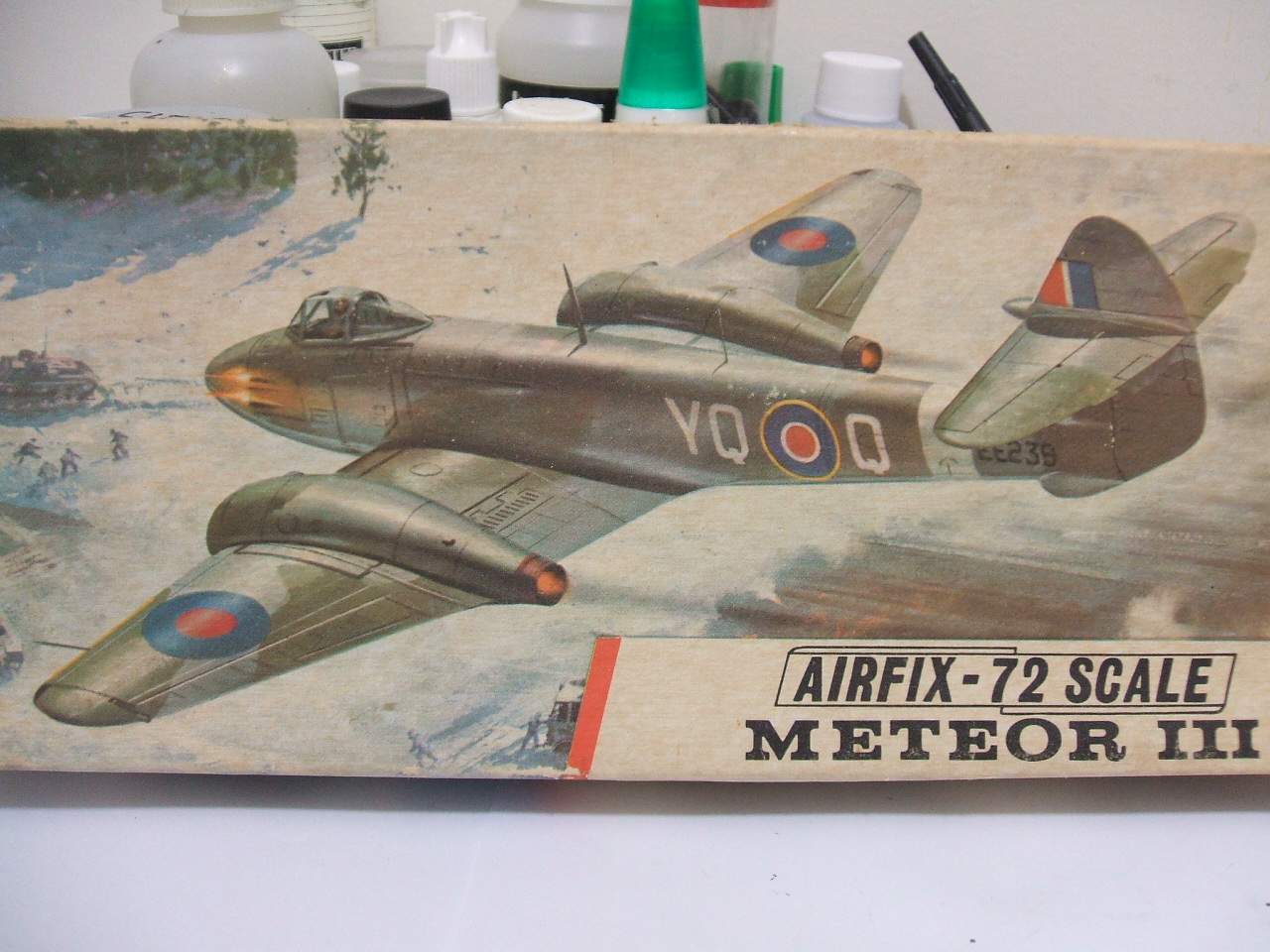 It’s not terrible. But it’s not GOOD.

Even when Revell didn’t have Jack Leynnwood to do the power hitting for them, they had an army of other artist (like B. Knight here) to take up the slack. It wasn’t even close.

Of course, we all know that the poorly molded plastic inside the box was just the start of the problems with this kit, seemingly made to damn the ages. That red color isn’t just “spurious”–it’s nutso. Even the name of the lady honored by Major Gillier (Millie G–for Gillier?) was misnamed by Revell, becoming “Millie P.”

One can only hope this didn’t cause any marital strife for the major.

But damn, what a cool box it surely was.