As an builder of plastic airplane model kits, I like to try to keep my models in the same scale. So I was wondering if my Golden Hind from Revell (which will be completed soon–I hope) is similar to my Airfix Mayflower, which is also considered to be a “pretty good” ship kit, for a plastic kit. One way to figure out the scale is to look at the box. 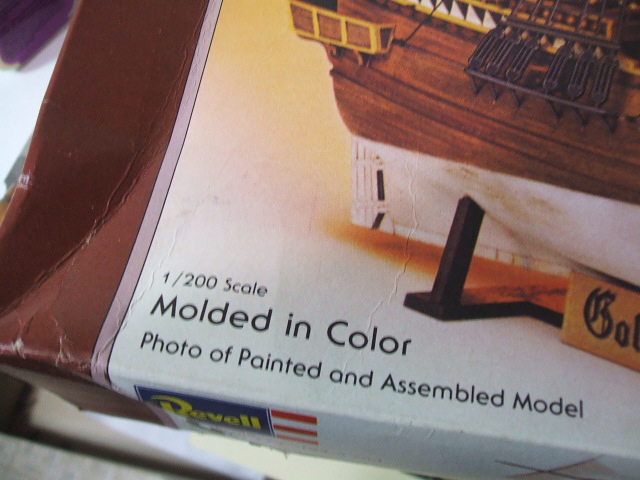 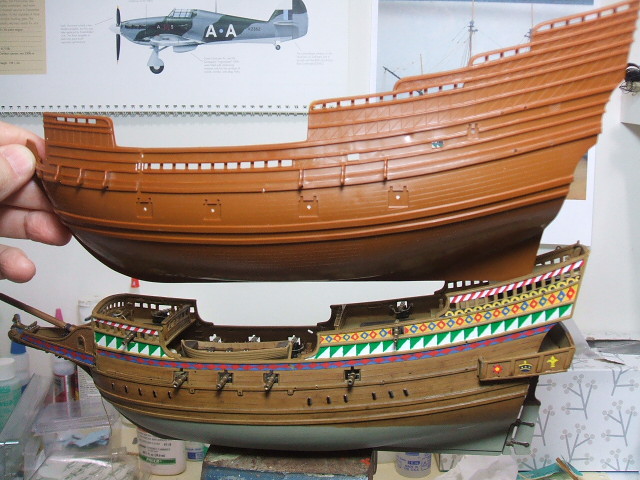 The Airfix ship is…bigger? Maybe. Let’s compare some of those fine crew figures we have heard so much about. Revell is on the left, Airfix on the right. 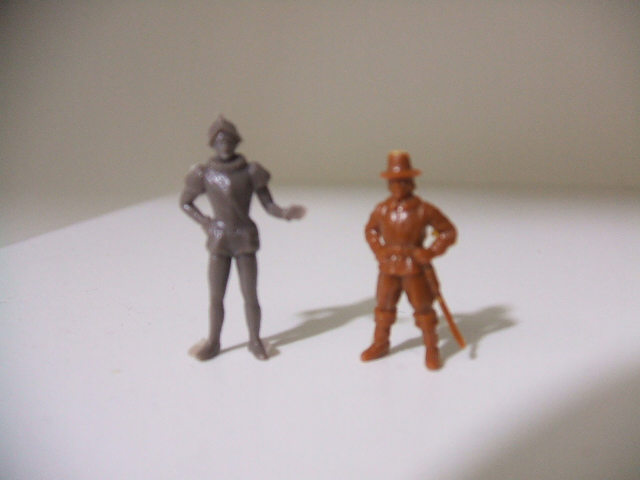 Yeah. It’s impolite to point, but that Airfix pilgrim is real short compared to the Revell giant. If we measure them, we get a Revell guy who is 13/16 of an inch high. For a six-foot tall man (don’t you even start about how people were shorter back then, THEY AREN’T SIX FEET TALL NOW).

Ahem, for a six-foot tall man, that translates in 1/87 scale, and we all know that figures are assumed to be “six foot.” Don’t ask me why. This means that Revell’s Golden Hind is HO scale, like the model railroads. It’s not 1/200. No way.

Let’s look at some other stuff. Compare the “longboats.”

Now the Airfix (on the right) looks puny. It fits the figure.

The figure in the Airfix kit turns out to be 11/16 of an inch tall (not counting the hat). For a strapping six-foot pilgrim, that amounts to 1/105 scale. No lie. But, for a five foot, six inch pilgrim, the Airfix kit is, indeed, 1/96 scale. Believe it or not.