Since building the blitz-build, totally-a-toy Mystere IV, I’ve been staring and mumbling… 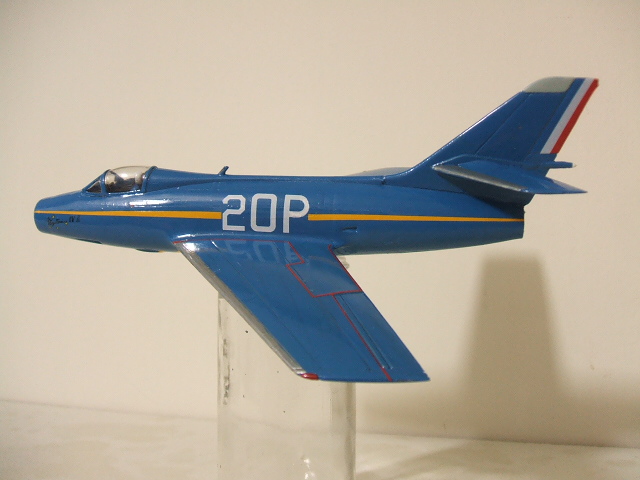 When I began building plastic model kits, it never occurred to me to attach the landing gear to the airplanes and sit them up on their wheels. That was crazy talk. Airplanes belong in the sky. Airplanes fly. Building models of them sitting and squatting on the ground looked–wrong, somehow.

And I never thought about putting the models up on the little stands that were included in the boxes. If landing gear looked bad, stands looked dumb. A proper model plane was flying. Even if it was, technically, sitting on a shelf, it was still flying. An airplane model should not be a ground pounding military vehicle. There’s a world of difference between a tank and an airplane, and don’t you forget it.

But then I fell under the influence of “the modeling press.” Like some kind of peculiar, plastic version of puberty, at the age of twelve I learned that you can’t fly anymore. You can only sit and squat on the ground, your wings forever clipped, as the maintenance crews stand by and the aircraft is subjected to an autopsy. They called it “super detailing” but I called in spinach and I said the-hell-with-it.

But the cumulative effect of all that pressure (the only people in the world who shared my affliction insisted that proper models had wheels) I gradually relented. After all, when I was a child, I played with toys. When I became a man, I threw the toys into the outhouse and developed manly pursuits like women and firearms (hey–it was a rural area). Models had to look like the ones in the magazines (just like the women) and it would all lead to good things by and by. Surely.

Well, here I sit, looking down from the lofty height of “maturity” and I can tell you that somebody was full of it. I’m still convinced that any model of an aircraft in flight looks better than than the damn thing on the ground.

So what am I going to do about it?

The fact that “no airborne models” has become so much a part of our weird hobby is reflected in the lack of websites or forums or blogs dedicated to the art of displaying a model without the wheels. Just like the fans of the airbrush, the “landing gear down” community are more numerous and so they appear to be firmly in charge.

But are they? Are they really? Doesn’t the brave red heart of an “in flight” model builder beat within the chest of every Melvin Landing Gear? You bet it does. Kits used to come with stands. 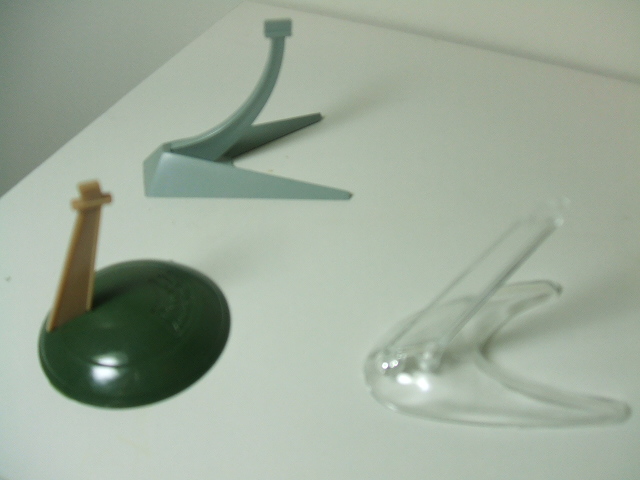 Clockwise from left: Revell, FROG, and Airfix stands from the nifty sixties. These stands worked just fine for what they did. They allowed the builder to get rid of that damned landing gear. No longer would a warbird be forced to expose its personal bits to the cold glare of daylight. Airfix, one of the last of the defenders of the “in flight” model, even made different sizes of stands. Here are some large ones. 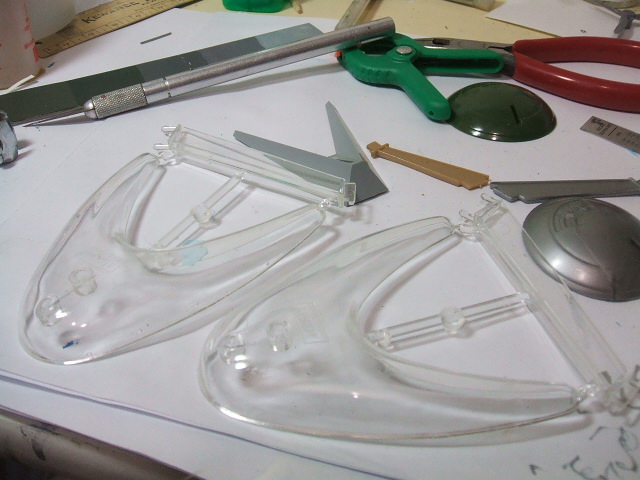 The reality of worrying about “what others think” fascinates me. We all claim that we don’t care, but that’s the biggest lie we can tell ourselves. We do care. It’s just that, sometimes, it’s important to think about something OTHER than what other people may mutter under their breath.

There is a reason that almost all models considered “serious” are painted with airbrushes and displayed in a “on the ground” configuration. But doggone it. It’s not a good reason. Find your own path.

My next model is going to be wheels up. Take that, Beast of Group Approval.

5 Replies to “Take a Stand”