This blog is supposed to be about model building, so I’d better get down to some of that or risk being labeled as an “effete intellectual counterrevolutionary” and guillotined.

I do have a “stash” of sorts. If you’re privy to the world of plastic kits, you know that a stash is a collection of unbuilt kits. Since the invention of the interweb this has been known as a “stash” rather than the previous appellation which was “Daddy’s Shame” or “The Thing in the Closet.” Rather than go off on a tangent I’ll leave the stash discussion for another blog entry.

Here and now I want to explore the process that leads me to choose a project, and, incredibly, that process is intimately linked to the stash. The stuff in the stash is just sitting there, waiting to be built, but the problem arises when I actually have to choose one from many. I tend to end up in paralysis through analysis. It’s usually much better for me to go through the decal stash (yes, there is one of those also) and make a choice based on the decal selection rather than the kit. The kits, in general, have been under my jurisdiction for a while now and they are not the exciting little bundles of motivation they were once upon a time. But the decals have pizzazz. Also, I’m a painter, not a builder. I build to paint and not the other way around. So choosing a project can often come down to deciding what I would like to paint.

The most exciting thing to happen to me in a while was the arrival of the Vallejo Metal Color and the extraordinary way it allows us brushpainters to do the impossible–to brush on a metal-looking finish. That alone means that all my other projects are being re-scheduled while I explore the new world of shiny.

One kit that has been weighing upon me is the P-47N from the back-yard kitmaker High Planes. This is an example of the ultimate in cottage-industry kit making. But I was pleasantly surprised when I bought one off of eBay and found that the surface detailing on the wings is very well done, and it came with some lovely metal parts and some resin bits, and while I do not claim to be a devotee of resin or metal, something about the idea of putting a P-47N on my shelf was appealing enough to get me to press on with it.

But I immediately started to think about using the High Planes kit as a way to get some modified wings to do an old-fashioned conversion of a regular P-47D kit into a P-47N. What they used to call a “kit-bash.” I did a quick google and found that others had tried this and been successful, so, after some soul-searching, I determined that I’d better try it. Enthusiasm is a bear to birth but it also a bear to kill once it flops out and starts squalling.

So far I’ve spent a lot of time thinking about using the Revell P-47M as the basis for the conversion. But there is a slight problem with the Revell kit. Despite being a lovely shade of pale and having engraving to die for, it suffers from what is to me a fatal flaw. It’s goofed up. 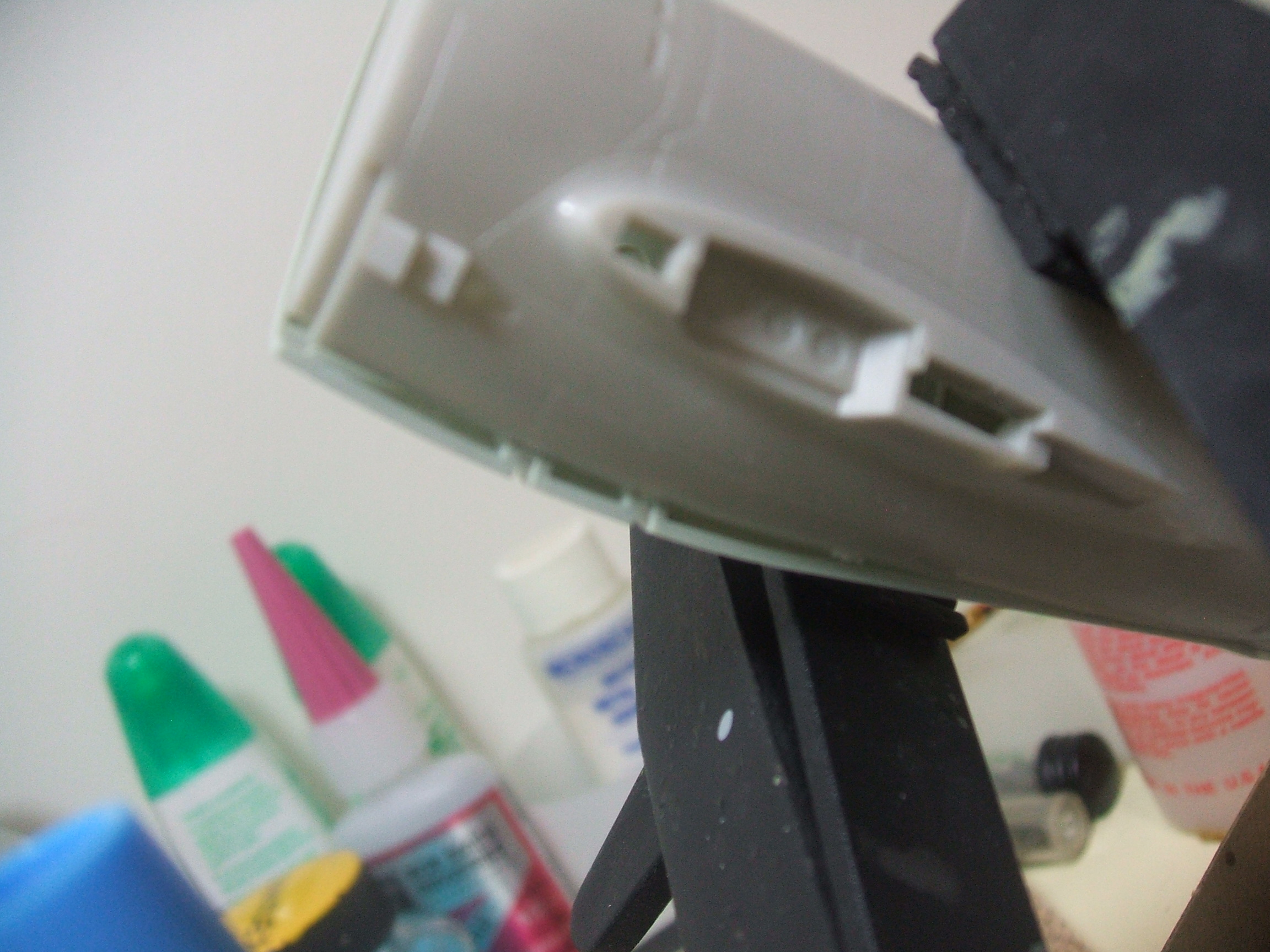 That’s right. The Revell P-47 suffers from a bad case of guppy belly. Despite rave reviews from all and sundry, claiming that this kit launched a new age of detail and scale, it’s got the guppies. 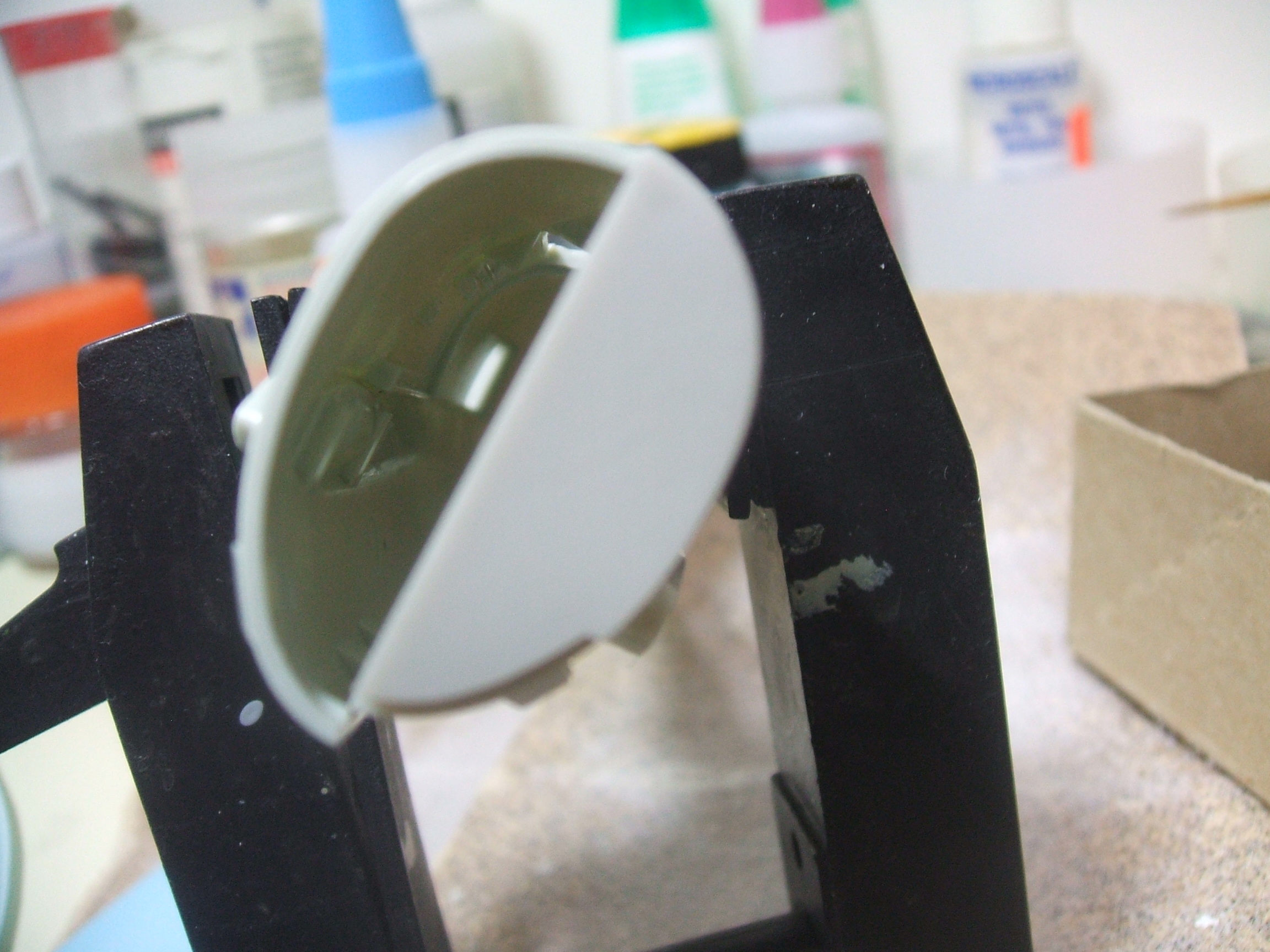 I’ve put half of the Revell fuselage up against half of the Hasegawa kit to show the problem in all it’s glorious detail. It’s the Revell kit that’s wrong. Many reviewers have mentioned the “deep belly” on the Revell kit, but their so happy about the cockpit detail or the wheels that they just don’t seem to understand that guppy bellly is the hurting that never goes away.

So I’m planning to use whatever parts I can scrounge from the Revell kit, and the fuselage from the Hasegawa it, to make one model out of three kits. Caligula, move on over! For my next trick, I will convert ten kits into one model!