Another old Revell kit from the Golden Age of Plastic Ships and Iron Men has crawled up on the workbench. Revell’s Charles W. Morgan from 1968. How I remember the advert from the embarrassingly named “Boy’s Life” magazine that always seemed a bit hinky to me– but I never was A Scout so I owe no allegiance to those wonderful folks.

Still, a magazine dedicated to “boys” just hits a clanger with me. It would have worked better called “Scouting Life” and dedicated to NOT trying to tell you how to lace your shoes. 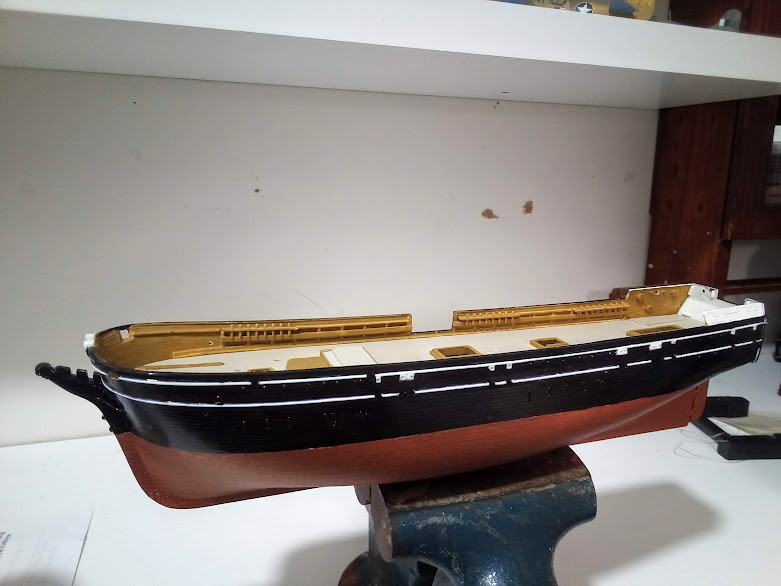 When I tried to build this thing circa 1970 I could not believe that I couldn’t get it assembled and painted. It just baffled me. As I work on it now, I get to take a tip-toe down memory lane and uncover all sorts of moldering corpses buried in my psyche. I wish I could remember more about the original kit, but I do recall that I gave up on it, as I did with Revell’s Golden Hind, Revell’s (small) Constitution, and Revell’s Stag Hound.

The only ship model I completed back then was the “easy build” Thermopylae. That was a fun experience. I finally learned something about how to actually complete one of these kits, and the I wish I still had the rigging tools I made then from brass tubing.

This kit requires a bit of research but mostly it requires the courage to just do it the way that you want. Olde Schoole Aeroplane Modellers from Her Majesty’s Kit Basher Brigade could easily have a nervous breakdown with this one. The colors, the rigging, the everything changed so many times on this old ship over her long, long career that trying to determine the “historically accurate” colors is a mission I will gladly send my enemies off on– never to return.,

The key thing is to make it look good. I was inspired by this chap:

I’ve learned the hard way not to worry about the suggestions made by the usual suspects at the Fine Scale Forum. They’re all quite mad. My model will be an attempt to just do it, and kill another dragon that ate my pie several decades ago.