It’s time for confession. I’m not playing this game strictly according to Hoyle. Yesterday I was looking at the longboat that takes up a hard-to-believe amount of territory on the deck, and I thought “If I were the captain, would I want that filthy thing on my ship?” and the answer came back “No.” You see? The voices are good for something after all. What they told me, er, I mean what I decided was that the old longboat was just too dirty. My attempt to weather it had produced something that looked like they had just slaughtered a California Sea Lion in the boat and hadn’t washed out the blood. 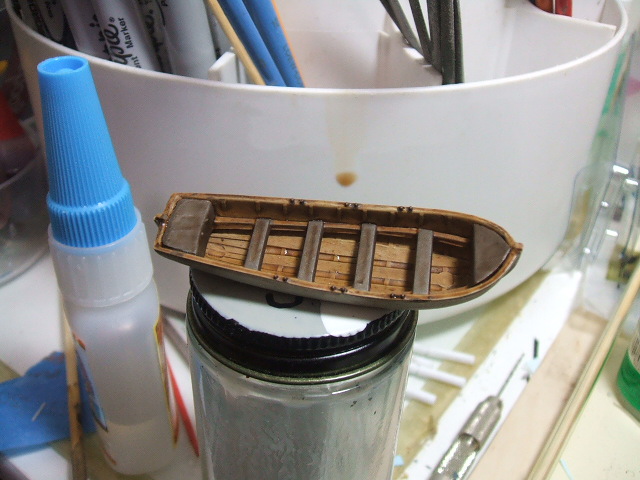 I figured that longboat should be a point of pride for the vessel, not a filthy, stinking pile of garbage forever set on a pedestal in the center of the ship. If nothing else on board Her Majesty’s ship Pelican was clean, this boat should be clean, because the captain is constantly looking down at it from the quarterdeck (or whatever).

So I got a new one and painted it up in “like new” colors. 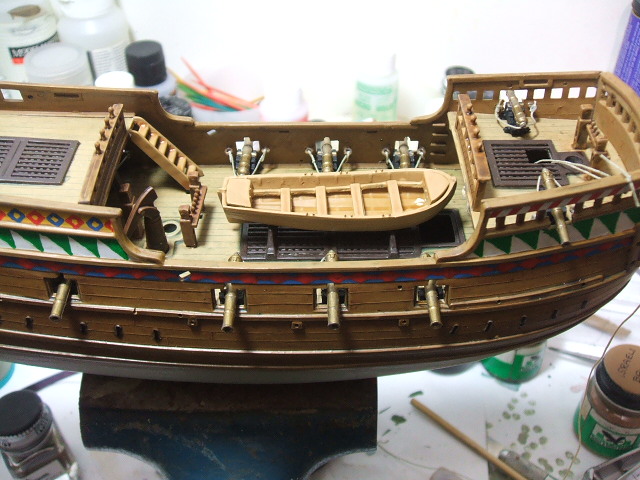 So, um, like, where did the new one come from?

It came from the other kit. 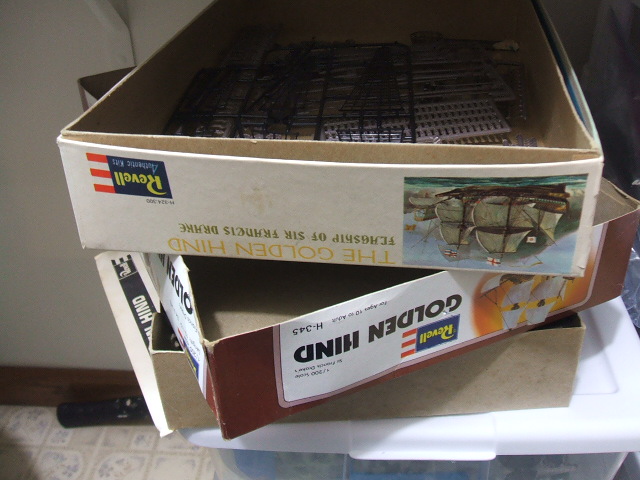 I have two of them. Both are being used to complete this one model. I think that second kit was super cheap on eBay because it was missing a few little parts, but the vast majority of it is there, and it comes in mighty handy for spare parts, for experimenting around with painting, and for whatever. In fact, I don’t think I would have any chance of completing this model if I didn’t have two kits.

If I ever build another ship, I may have to invest in a second kit if it’s anything like the Golden Hind. Too many eensy-teensy parts to keep track of. I also get a “second opinion” from the instructions, which are weirdly different but reach the same end. 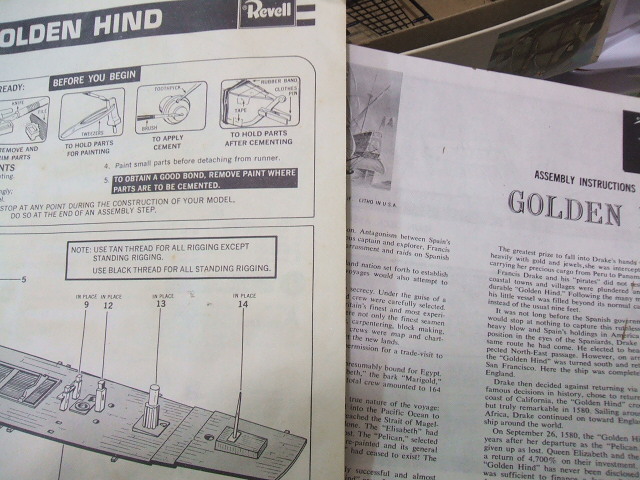 I also scored the “molded” ratlines (out of plastic) that I FULLY INTEND to install. I’m not fooling around with the nasty old ratlines (even the name is annoying). Just glue in the plastic ones and call it a day, I always say. 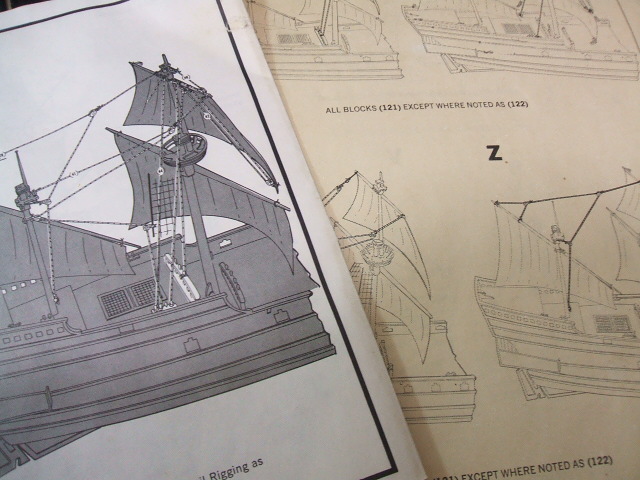 I can’t imagine what Revell Germany has done with these instructions. Both of the kits I have are OLD. I have a feeling that the newer the kit, the worse the instructions. My hat is off to any youngster who builds a kit like this without full instructions (you know, with words). Anyway, the journey continues. I only have to remind myself that the original voyage around the world taken by Francis Drake and his crew was slightly more challenging than building the model. 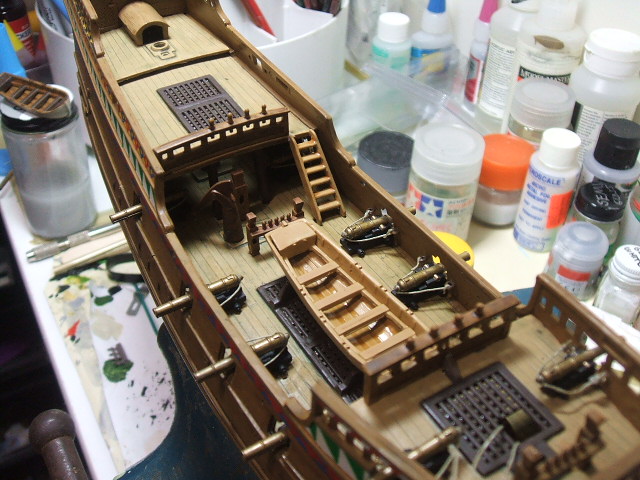