I’ve managed to do that one thing that really put me off for so long. Rig the cannons.

I really did not know how to do this. At all. I finally just worked my way into it, and managed to do something that looks okay from a distance. (Note: DO NOT glue the boat in before you attempt this.)

Whew! This one job was really a bear to contemplate and even worse to try to do (at first). But the real reason I put this kit away for year or two was the Finescale Modeler Ship forum.

Yes, it’s true I do blame everything on Finescale Modeler, (including floods or droughts) but in this case I’m not just doing it out of habit. No, some mean man didn’t say something to me and hurt my feelings–how could they when all I did was lurk? But the stuff on that forum was so…dammit…GOOD that I found myself determined to do THAT even though I’m just not that good. This is what I can do. 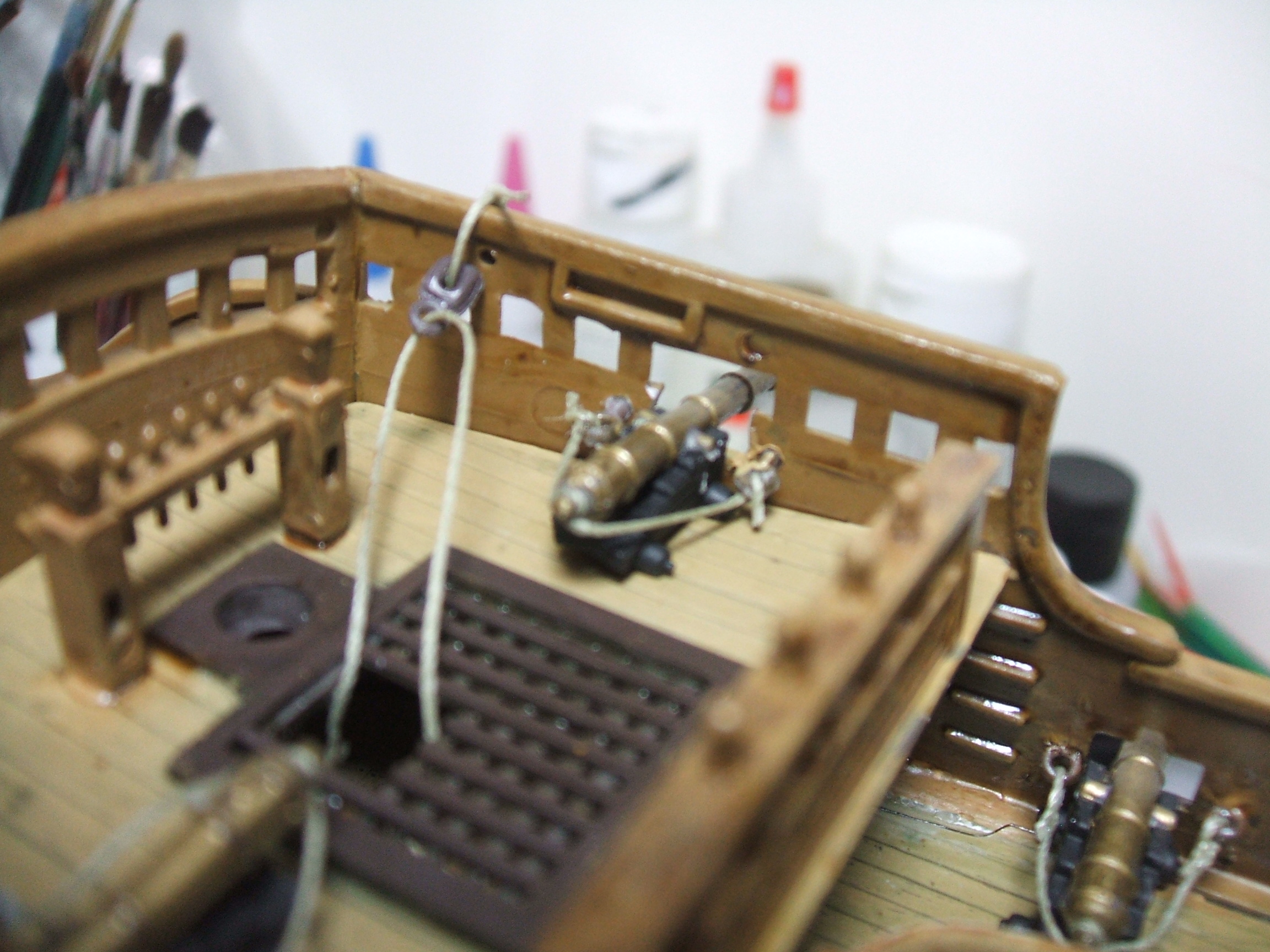 Complete with messed up bits and goofy parts–it’s me. Maybe your skill level is lower or higher, that’s not the point. Who cares what your skill level is? The point is it’s a death trap to compare yourself to other people. That’s right. You compare and get in a competition, you die.

But Dan, we live in a competitive society, and everything is based on that–how can you possibly object?

Like this: competition is good in some thing, bad in others. In model building it leads to mental leprosy and bad vibes. I try to avoid it. But, when confronted by the beautiful models I saw at the FSM forum, I collapsed into a blubbering mass of moist tissue just like when the head cheerleader spoke to me in the tenth grade.

Here’s a little vise (I finally learned how to spell that) that I use to hold the ship. 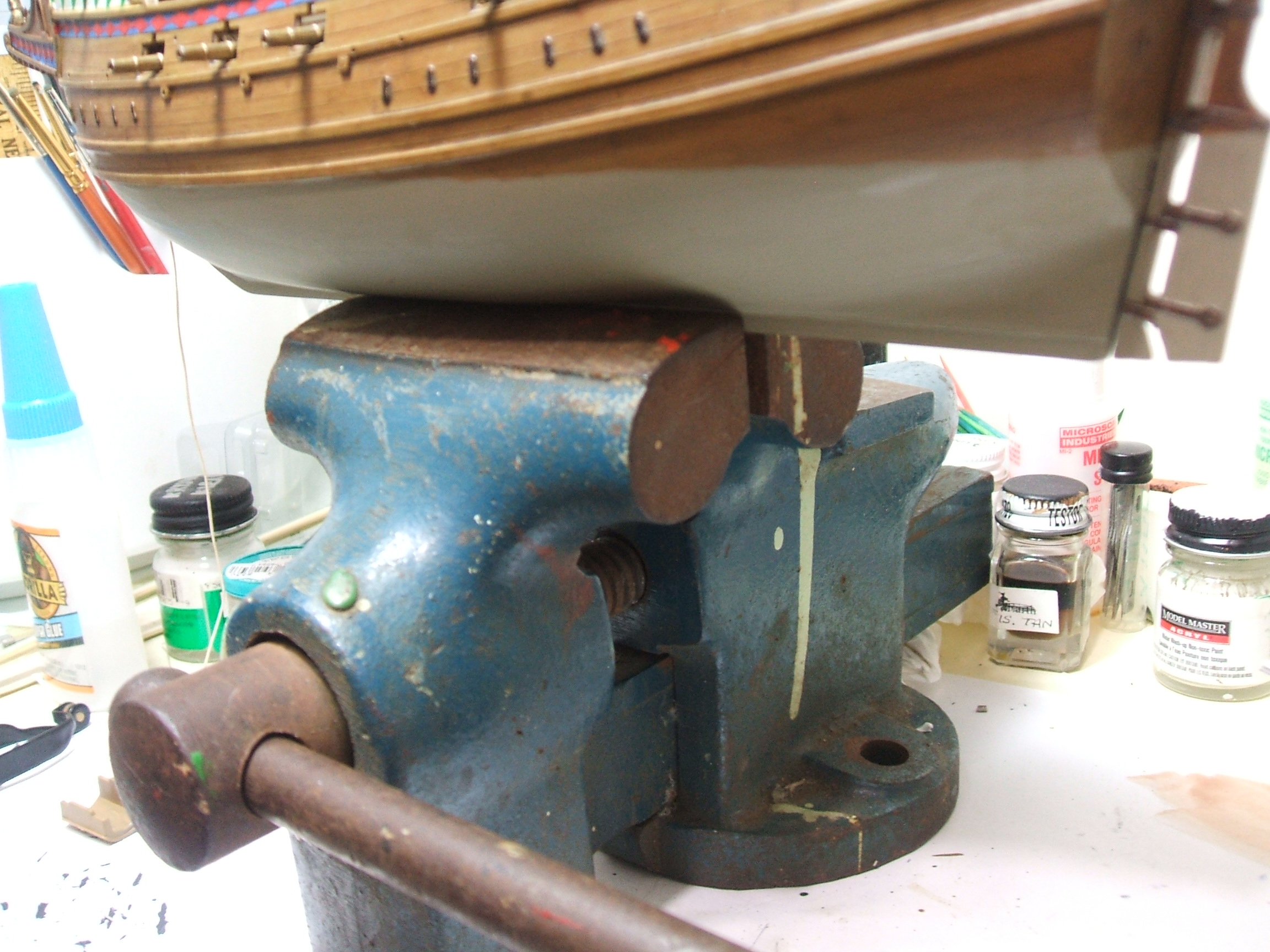 You NEED something like this to hold the darned thing. Maybe the stand will work, but this baby HOLDS. I also have some bee’s wax that I’ve had for about forty years. It’s still like new.

I may not build many (any) ships, but when I do, I have all the gear. In closing, here is a money shot of the light at the end to of the tunnel.

Just remember, when this thing is done, it will look like a model ship built by a guy who builds model planes. Peace out.