I think I’m reaching the point with this model where I’m losing my ability to make good decisions because I’m facing two classic obstacles that tend to destroy one’s ability to think. One, I’m up against the limit of what I can do, and two, I’ve already made some mistakes that I can’t undo.

One bad decision (in this case putting on a coat of clear flat on top of post-shading–a no-no first prohibited in the Book of Exodus, I believe) led to a continuing effort to “fix” the mistake. The thing is, sometimes mistakes just can’t be fixed. The other problem–the limit on my abilities, has to do with the fact that I chose this project because, in the words of John F. Kennedy– “It is hard.” Easy, slam-dunk projects don’t exactly bore me but I prefer a challenge where failure is always in the air.

Having said that, which in no way should be interpreted as excuse making, I present my childhood nemesis, the Revell A-20C with an impossible to paint color scheme. 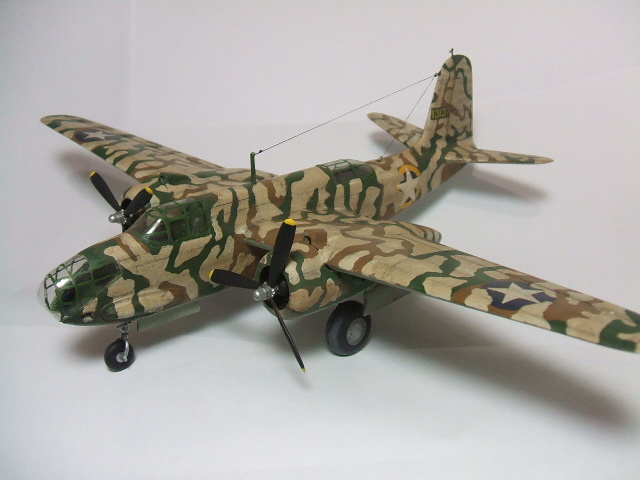 The very light tan and dark underlying colors combine to make a tough weathering job that demanded a perfect execution to look right. I threw up a brick when I decided to go ahead with the post shading, then apply a coat of clear flat. The clear flat dissolved and washed off the post shading and this is the result of my trying to “fix” it. Oh well.

The belly of the model looks more like it should. I didn’t do the dirty to this side. Perhaps I should display it upside down? I also did some stippling along the demarcation between the “sky gray” and the other colors. 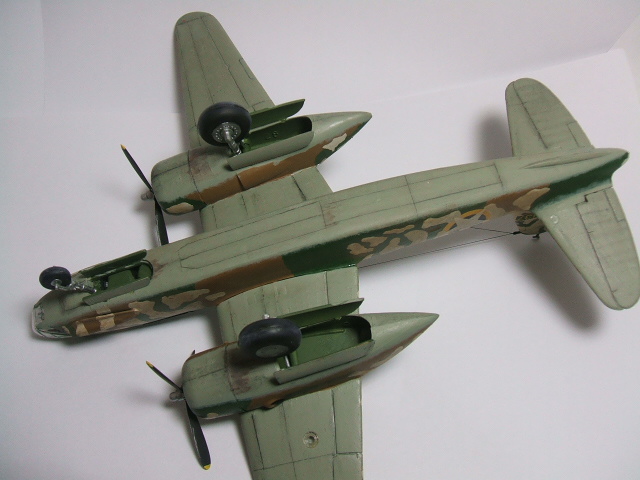 I’m happy about several things. The kit was built without filler, and I’m always happy about that. I tried white charcoal (?) on the tires as “dirt” and it looks good. The fishing weights look like hell in the nose gear well but the model sits on it’s landing gear and is not a tail-sitter (but it was close). 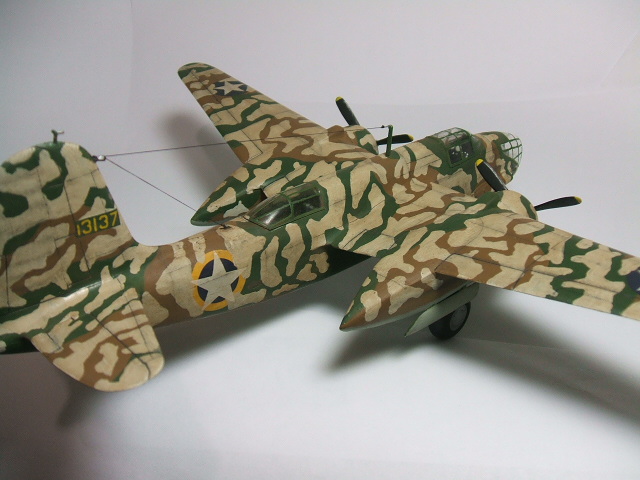 I used charcoal on a Micro Brush to make the “ribs” on the rudder. I used a 005 tip Prismacolor drawing pen to outline the control surfaces. The antennae are Easy Line, with the little “insulators” made from stretched sprue. I highly recommend Easy Line. This is the .010 size. 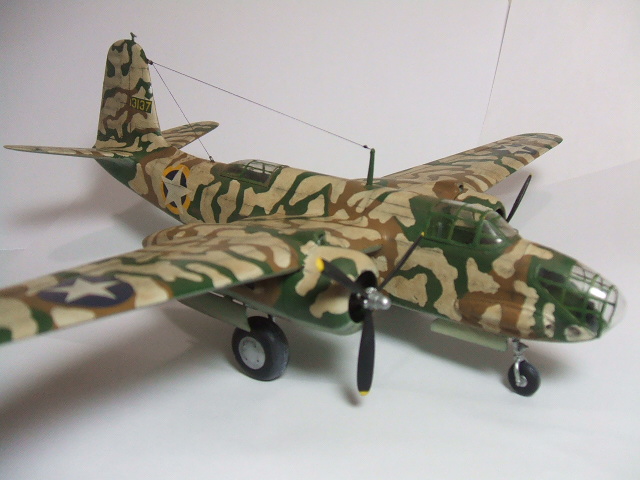 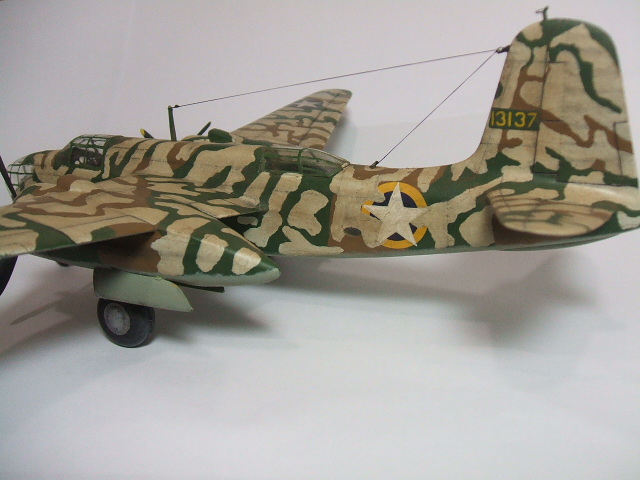 Does it look enough like Leynnwood’s painting to justify the effort? I think it does. It will take a few weeks for me to make friends with the model again, and by then I won’t even remember the pain, just the good times. 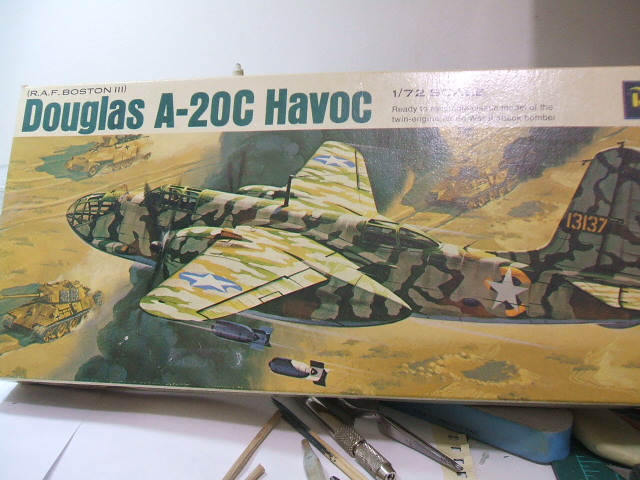