I thought we’d take a small break from the usual complaining to take a look at the history of The Old West. I find that people who like plastic model kits also like two other things–The Old West and dinosaurs.

Well, I like The Old West and dinosaurs, so I’m assuming everyone else does, too.

The OK Corral gunfight is so famous as to be absurdly, transcendentally, stupidly famous. No less than five major motion pictures have been made about it–and several “B” movies and at least one Star Trek.

So here’s the deal–I never saw the beginning of the movie Tombstone until recently. Until then, I always came into the film after it started. I just never saw the beginning. But then I got a copy of the movie (on VHS, of course) and I saw the beginning, and well, I was, sort of, stunned. The version of the film I originally saw showed a moral swamp with everybody shooting everybody with no clear “good guy” or “bad guy.” The revised version, with the restored first part of the movie that I had somehow missed, clearly indicated that “The Cowboys” were some kind of prehistoric mafia of the west–engaged in industrial larceny and shooting up Mexican weddings.

This portrayal of the drunk and disorderly Cowboys as “The Villians” seemed “grafted on” to the movie I saw about three times (I like the movie) before I happened to see it in its entirety with the first few minutes of the film included. The Earps were much more sympathetic if they are portrayed as professional law enforcement professionals who walk blindly into a confrontation with a well-established gang of cut-throats.

“Watch your back, Marshal Earp! He’s hiding behind the tree!” yells a kid from the fifth row.

Here’s my take on that. I don’t buy it. The townies–defended by the Earps– were self-serving creeps who wanted to take money from the “disreputable scum” who lived hard out in the back country and probably smelled, but if those self-same scum gave them any lip, then, hopefully, a “law man” (like Wyatt Earp) would be along to “settle” things.

There were no “good guys” in this story.

The Earps and the city dads were Republicans and sided with the Union. The Clantons were Democrats and sided with the Confederacy. That right there should tell you something about why these guys didn’t like each other. But lets look at the simple and indisputable fact that the Earps were rather slippery fellows–professional gamblers who hung around with killers like Doc Holliday. Not a fun bunch. In the movie, Wyatt Earp “runs off” a faro dealer he doesn’t like (Billy Bob Thornton) and we’re supposed to dislike him, too. Despite the fact that the Earps seem like thugs, the movie winkingly pushes us to embrace this thuggery. It’s okay because it’s “official.”

The cowboys are shadowy. They live “rough” in the wilderness. They drink to much (when in town) and cause fights. They “cause trouble.” The movie clearly shows them to be “professional criminals” but I encourage you to skip the movie’s prologue and just watch it from the time that Wyatt and company arrive in Tombstone. Just ignore the part about “The Cowboys” being “organized crime” and how they raped a town in Mexico. Forget that. It never happened, anyway.  Now, you can see The Cowboys more realistically, as the cowboys.

These cowboys are not nice guys, but neither are the Earps. It’s a battle between lawful, quiet and peaceful folk who want to run saloons, gambling parlors and brothels without being shot once in a while by crazies coming in from the bush, and the “crazies” who have the gall to come into town for “fun” and actually have some. The Earps are good at bringing the crazies to heel. They prove this when they shoot three of The Cowboys dead on the main street. Then they are tried for murder but are not convicted. A vendetta begins. One of the Earps loses an arm and another is killed. Then Wyatt Earp enlists a mini-army to go off and hunt cowboys.

Earp ruthlessly hunts down and kills people he blames for the death of his brother. A mini-army is formed up to stop him but it falls apart for various reasons. It’s obvious that Wyatt Earp knows how to run a murderous rampage in a professional way. The “enemy” he is up against is not so professional. In the end, the forces of civilization, in the form of Wyatt Earp, carries the day and leaves a string of dead bodies across the desert of the American Southwest.

Earp’s “federal posse” killed four men, and adding that to the three killed at the OK Corral, we get a grand total of seven. Despite numerous attempts to prosecute Earp and his associates for these killings, they were never prosecuted due to political issues ranging from interference by influential friends to hostility from local law enforcement.

After all these long years. Wyatt Earp is recalled as a hero and his enemies as “gangsters”–and evermore it shall be. 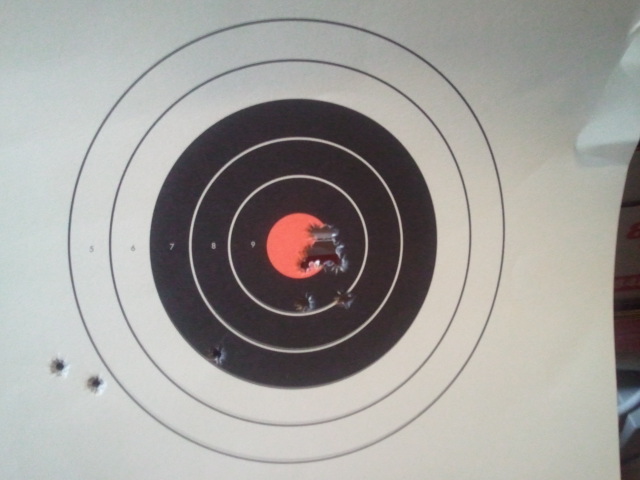 3 Replies to “Gunfight at the You’re Not OK Corral”