These two models were built by a guy named Jeff from Northeastern Ohio. 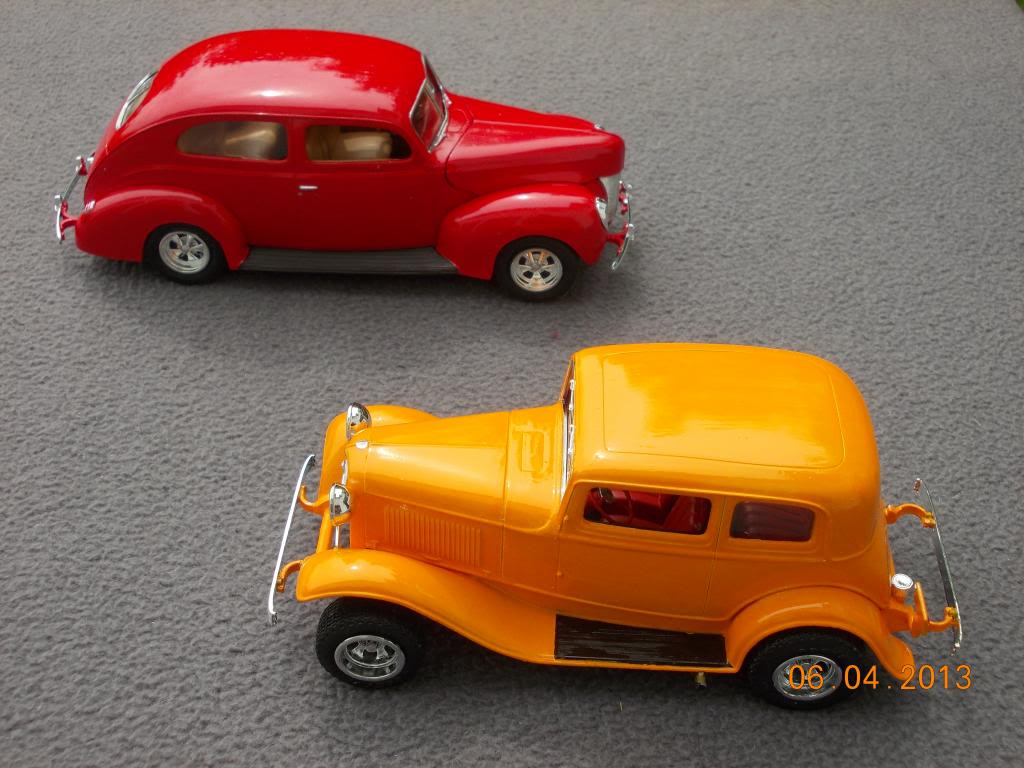 They showed up on a thread on the Model Cars Magazine Forum. I found this while doing some basic research on my search engine optimization.

The discussion was about painting model car bodies with brushes instead of poisoning yourself, your children and seven generations of innocent puppies and kitties with your vile chemicals…

Um… So the discussion is about painting with a brush, and if you read it (READ IT, DAMMIT) you’ll see that things get a little “hot.” Way more heated than they should, for what seems to be no reason.

The problem is that a forum participant is being a jerk (no news there). But they way he comes out swinging–not just being negative but on the ATTACK–is just bizarre. He acts like painting a model car with a brush is morally wrong. Like it threatens his manhood or something.

As I said, read the thread. There is a very cool link to the website of a dedicated brush painter who is a professional model builder. His name is Paul Keefe and he does some amazing work with no airbrushes due to “allergies” which is similar to my situation.

Several of the really offensive posts on that forum were deleted, probably by the original poster. He probably just flew off the handle because the whole issue of getting a good finish with a brush is a “sore spot” for him, and if he’s in a bad mood (like I am now) and his cat just died and his boss is a jerk–well, the first time some lying S.O.B. says he brushed on a high gloss paint job then our angry man is going to go off. He…just…can’t…stand…it.

But our man is probably suffering, not from an inability to brush, but from a lack of good information on the subject, a lack which I am seeking to alleviate, and getting damn few rewards and honors for doing so (the Oscar and the Nobel don’t count).

I want to help the frustrated would-be brushers of the world. But I can certainly see why there are so few of us. We get no respect. We are thought to be liars or goof-balls or crazies. We are hunted down like witches of old Salem and burned.

Incidentally, to get a high gloss finish like those on Jeff’s outstanding models, just use Tamiya Gloss Acrylic and you’ll get a shine that does not require polishing or buffing (or varnishing or any other misuse of language). After the first coat, subsequent coats must be applied jack-rabbit quick with no hesitation. This is a video showing it.