Sorry!  Didn’t mean to bring back any bad memories there! I’m just talking about the old Golden Hind. I’ve been preoccupied with a writing project and haven’t had time to do anything about the model, but today I’ve found some time and so I’m going to do some thread-pulling just for fun. After all–that’s what this is all about, fun!

SO EVERYBODY HAVE FUN!! 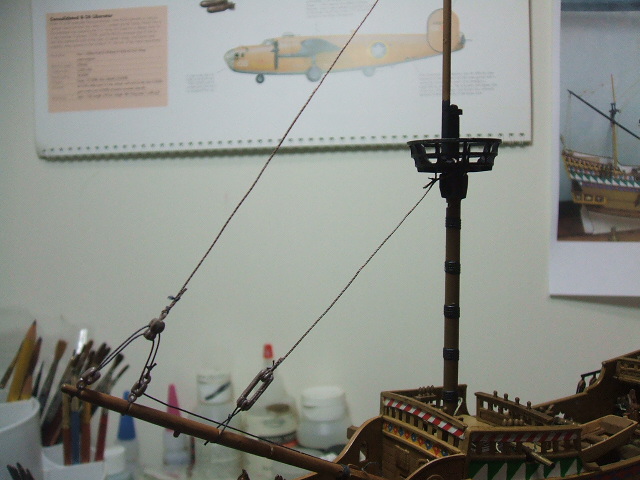 I’ve manged to install a couple of “lines.” I’m sure I’ve made mistakes but the theme of this build is “Damn the torpedoes, full speed ahead!” There is no “stop.” Only “go.” I’m not painting the blocks because that would slow me down and add little to the finished project. I may add a dot of color here or there, after the primary work is completed. Maybe.

You will note that the lines have to be straight but they can’t be “tight” or they will surely pull the masts out of alignment. This makes Revell’s Golden Hind (and their Mayflower) into two of the most difficult plastic kits to rig, because of the all the lines tying to other lines, etc. It makes quite a mess, and it’s easy to pull a line out of place. I actually think I have a talent for this–but I’ve jinxed myself with less pretentious remarks than that one so expect a photo soon with the dog holding the model in her teeth.

Rigging a ship is super-fiddly. You need special tools and materials to make it work. One thing you need is beeswax. 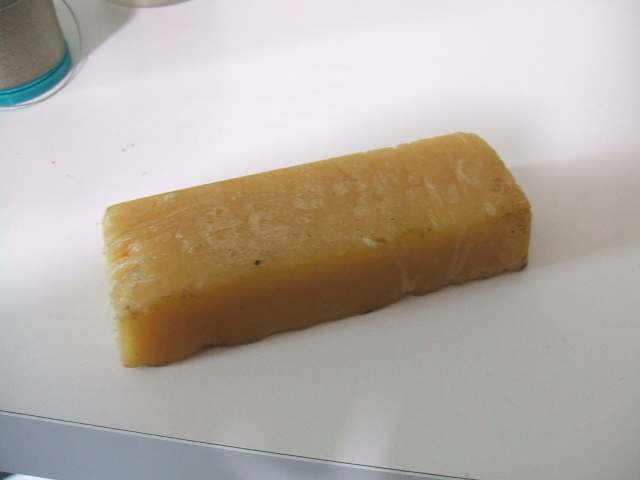 This chunk was acquired by me in about 1977. All the bees that made it are dead. It’s used to “grease” the thread. This is not optional. You need to make those threads sticky or your knots will come apart, and the thread will be difficult to use.

I have a collection of thread, but that doesn’t mean that I know what I’m doing. 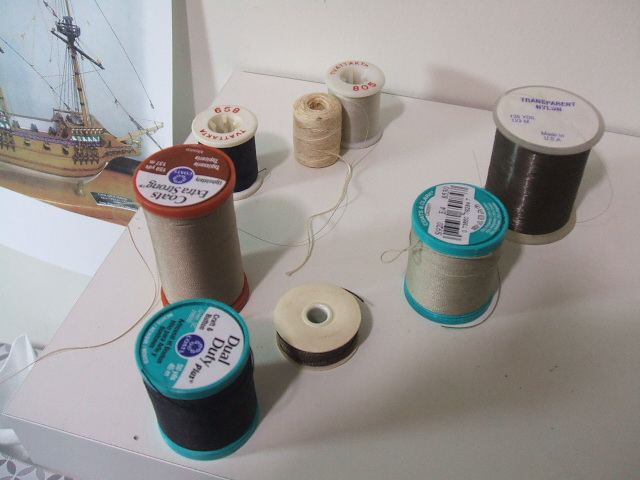 It does look impressive though. “Real ship modelers” have crazy large collections of thread and they make their own in some cases. Uh huh. In order to handle the thread, you need tools. 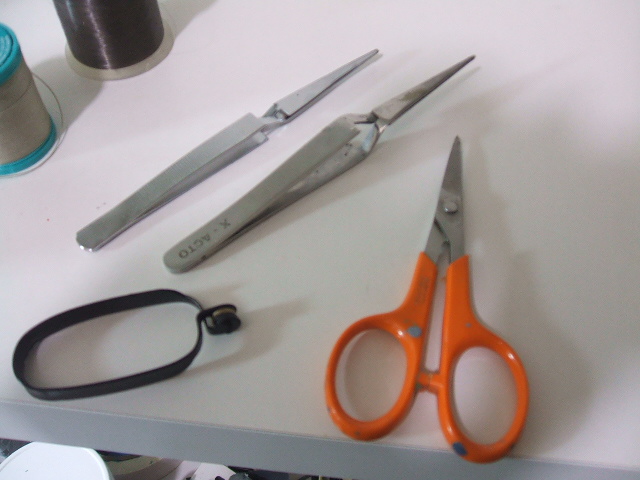 That weird thing on the left is for tying flies. It’s called “a pair of hackle pliers” and I used hackle pliers in rigging my one and only fully rigged ship model back in 1977, so I acquired a new pair to use here. I doesn’t really work. The old hackle pliers had spongy pads that would hold a thread firmly. This one is metal. Maybe it holds hackle better than the old spongy ones. Maybe. But for me it’s iffy. The tweezers and scissors should be good quality. Fly tying stores do offer a number of good tools, by the way.

The most important tool is one that you’ll have to make or buy off the internet. 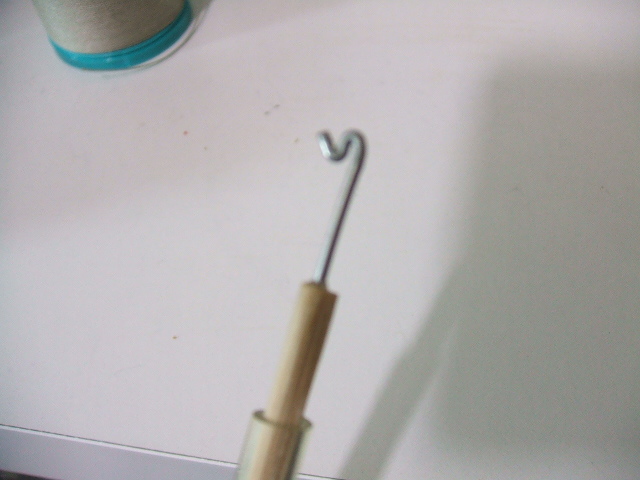 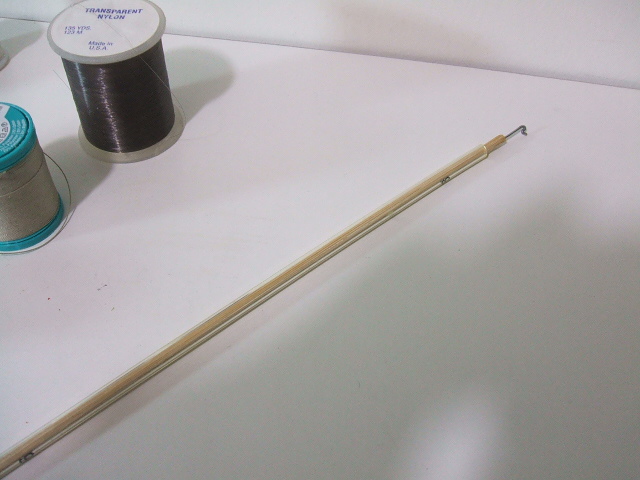 It’s a rigging tool. You need something to push and pull the thread around in places too small for fingers. I made this one out of wire, bamboo skewer and a plastic tube (for, uh, comfort). This one was made from stuff I had sitting around. You can make a similar tool using the “brass tubing” method where you hammer the tubing flat and then file a “v” in the end. I actually like that type better. Most “how to rig your ship” books or websites fully explain this.

Last but not least is a drill to open up all those plastic blocks. 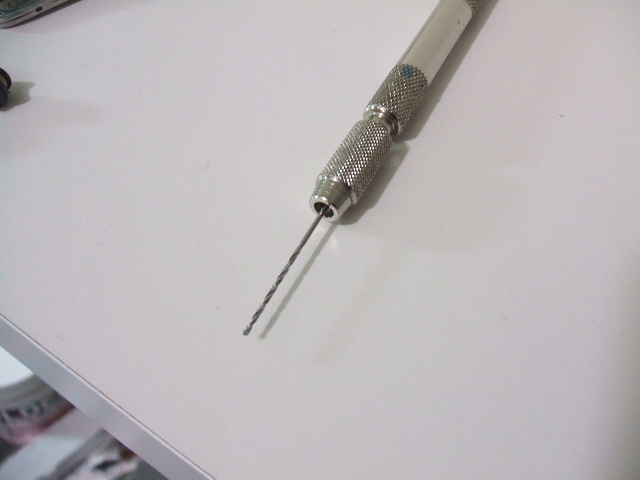 You do not need a power drill. Just twist the drill in the hole and presto.