My decal stash is much more important to me than my kit stash. The kit stash is, more or less, expendable. Most of those kits have been or will be replaced by newer, better kits as time goes on. Nobody is going to make a kit into the only, last and best version. Better stuff comes out all the time, and plastic kits, to a great extent (especially on eBay where we are currently seeing The Great Kit Depression in terms of low prices) the cost of kit remains low.

Not so for decals. Decals take the place of your’s truly painting the markings. If we lived in another universe, everybody would paint on markings and using decals would be considered cheating…but we don’t live in that universe. In this one, all kinds of weird antics are allowed but, in general, using decals (PRONOUNCED DEE-CALS, NOT DEKKLES! PRONOUNCE IT THAT WAY AND I’LL SEND MY MINIONS OUT TO SOUR YOUR MILK!) is accepted as something we do.

We’ll see how long that lasts. In a world where “experts” are always trying to find ways to set themselves apart (and feature their airbrushes) I expect that airbrush-stencils will become de rigueur pretty soon now, and various Hyperscale regulars will loudly declare that it’s amazing that we put up with dekkles for so long and anybody using them now is just…well…you know.

When I get serious about building a model, I have to check the dee-cal stash to find inspiration. Looking at the kits in the stash just depresses me. Looking at dee-cals revs me up. Here are few items, selected at random from the stash. 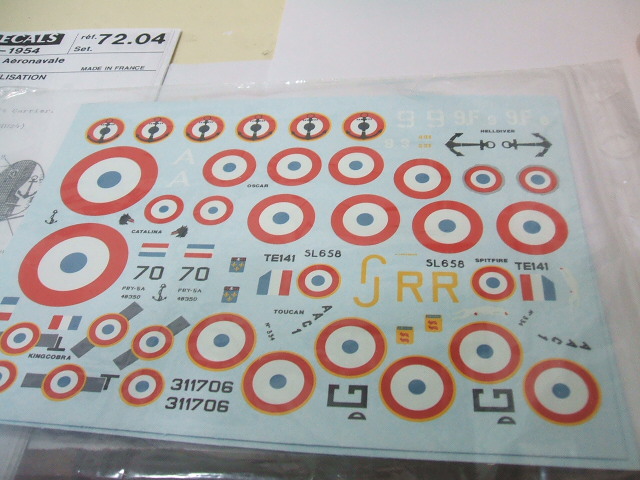 “French in Indochina” from our friends at Colorado Decals. 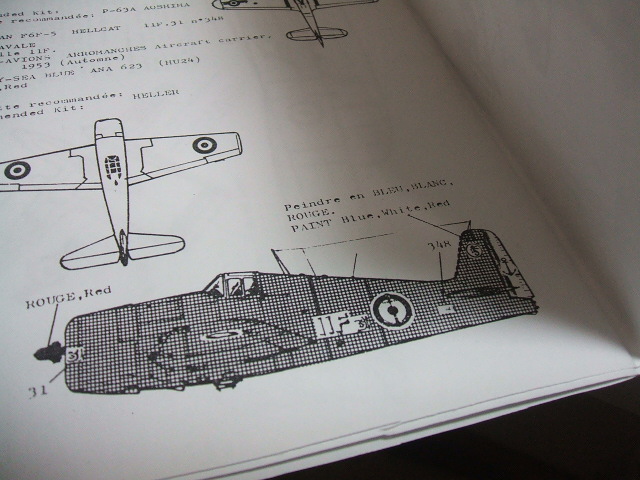 A beat-up Hellcat in French marking would be cool. I’ve grown more and more fond of French subjects since I became King of France. Only natural, I suppose. I also have a really beat-up Hellcat that’s “pre-weathered.” Hmmmmm…

Here’s an example of a problem with decal makers. No originality. 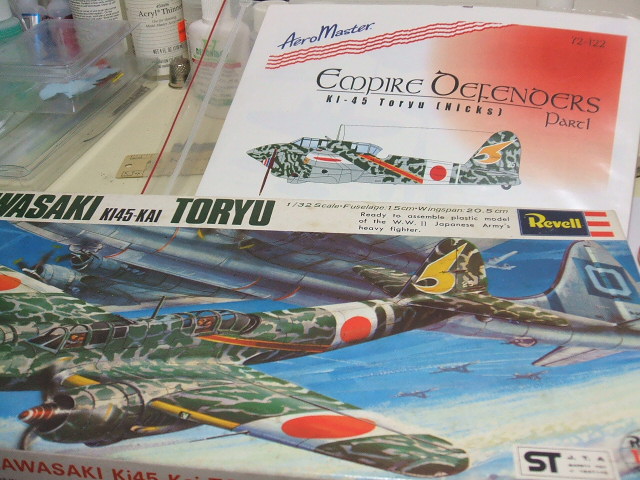 Do you see what I’m seeing? Only our friends at good-old Starfighter seem to be able to go where no man has gone before. I like them.

Pulling the Revell Toryu down meant I had to look inside. Look what we find! You don’t see this kind of stuff in old kits too often. You don’t see it in new kits, either. The venal practice of listing only paint numbers (of a certain make) instead of color names has discredited more than one kit maker. Airfix, I’m looking at you. 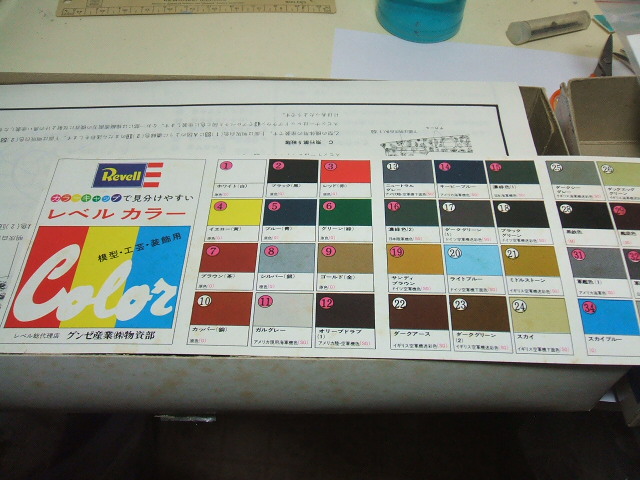 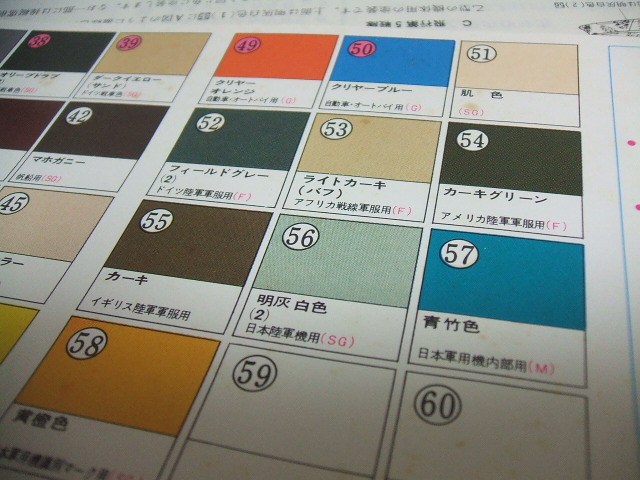 Here’s a sheet from not-so-good old Aeromaster. They earned the nicknamed “Errormaster” with their messed-up research. They had the black parts of “Lil Butch’s” markings in BLUE, so I painted them black to correct the error. They fixed the error in later issues of this sheet, but still.

Finally, let’s talk about old decals vs. new ones. Some, not all, but some of the old decals are just plain BETTER than any new ones. I had a sheet of brand-new Xtradecal markings for the E.E. Lightning and they were brittle and failed to “stick.” Just not good. New stuff from some “Eastern European” makers is so thin it’s impossible to apply.

Of course, I blame the folks who constantly complain on Hyperscale and Britmodeler that Tamiya or Hasegawa decals are “too thick.” These people have obviously not tried to use them. They just complain about it because it makes them sound like the cool kids.

I’m not a cool kid. Witness my regular banning from certain places. Old Academy decals were bad. Newer ones are just fine. Decals from Tamiya and Hasegawa (even the “thick” ones) are just fine. 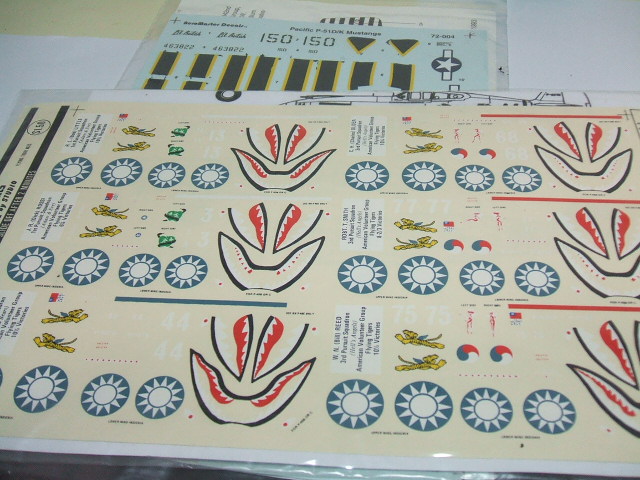 Where was I? Oh yeah. These golden-oldie decals from Microscale are probably just fine and will work as advertised. These came out in the 1970’s. I have sheets of decals from the sixties that are still in perfect condition, made by Scale Master.

I wish I could list every sheet of decals I have, but that would be WORK. I have a lot of ’em. Please don’t send requests for decals unless you have something to trade and IT BETTER BE GOOD. Don’t forget that “King of France” remark. My failure to breathe toxic fumes does not guarantee that I will always be rational.