I decided to bite the bullet and spend some money on paint. So I went down to one of the real, true destination hobby shops in the U.S.A., Scale Model Supplies on the corner of Smells Like Chop Suey and Funk. Every time I go in there now I pinch myself to make sure I’m not relapsing.

Yes, Virginia, there is a Scale Model Supplies. It may not make much sense and the inventory may be eclectic in a bad way, but MOMMA MIA it’s HUGE!

So anyway I bought some paint. I also took time to wonder that nobody has bought a vintage kit of the “Wanderer” Sailing Ship from the Marx Co. for fifty bucks. That thing HAS to be worth more than that.

I bought some Tamiya Gloss White to restore my essential stock, and some MM Acryl flat white to turn into “off white” for a future project, and some light ghost gray and dark ghost gray for a top secret project that nobody can guess (oy!).

And a bottle of gloss dark sea blue, from MM Acryl.

The first thing I do is take off the caps, stir the paint, and paint the tops of the caps with the paint in the jar. As long as I don’t get the caps mixed up, I’m in good shape. 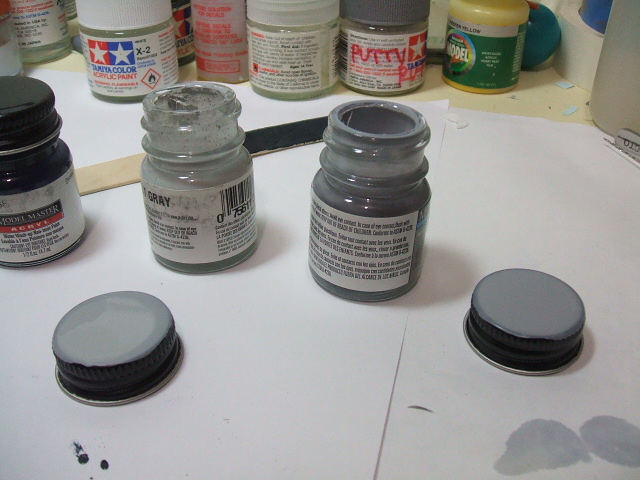 Dark and light ghost gray looked good! I have these colors tattooed on my brain from working on F-16’s for so long. Sometimes the colors are bad, and then I have to improvise. But these are usable.

Then came the time to test out the dark sea blue. Oh my. Trouble. The new jar looked greener and lighter than my old one. As the say on certain TV shows with old coots in them– BLAST IT! 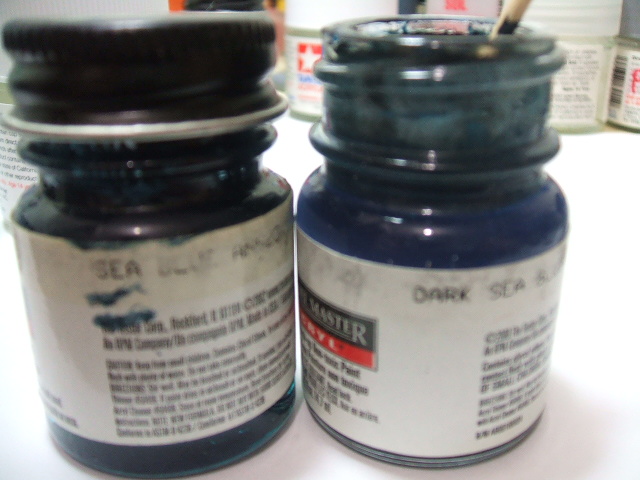 This situation, already noted by contributing to the Great Hellcat Disaster of ’17, had to come to an end. I pulled out every jar of paint I had that was labeled “sea blue” and brushed them out to compare the colors. Brace yourself. 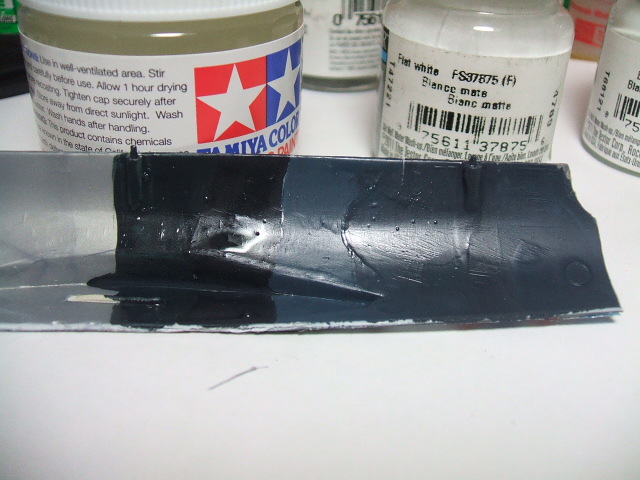 This is five bottles of paint, three of which are a similar “faded” color and two of which are a similar “fresh” color. I decided to just cut to the chase and mix the two dark colors together to make one consistent color, and the three lighters colors together to make one consistent “faded” color. Mixing them all together would not be a good idea. I’d get a color that wouldn’t work for either a freshly painted Corsair in deep, dark sea blue or on an old war-horse Hellcat on the Lexington off Saipan. Those are the two colors I’m shooting for–fresh  and dark and worn and faded for those who prefer a lighter shade.

I dump all the jars in one large, two-ounce jar. 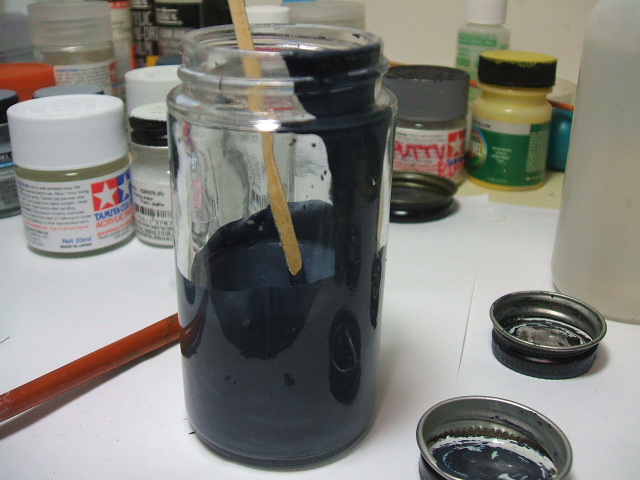 Wash out the empty paint jars. 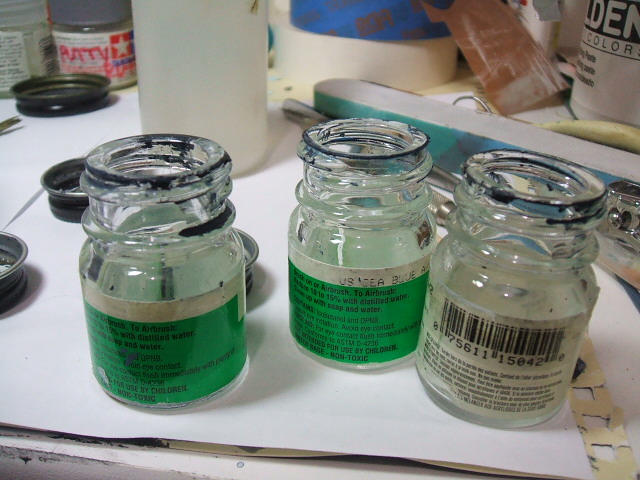 Then I stir the mixed paint thoroughly and put it back the original jars, paint the new shade on the lids, and later on I’ll write in the name of the paint color with a black or silver Sharpie. The jars marked “sea blue” are “faded” and have a matte finish or a slight sheen. The jar marked “gloss sea blue” is supposed to be the “fresh” paint, and it works as a one-coat solution for a lot of late-war or Korean War Navy birds (we professionals get to call them “birds”). 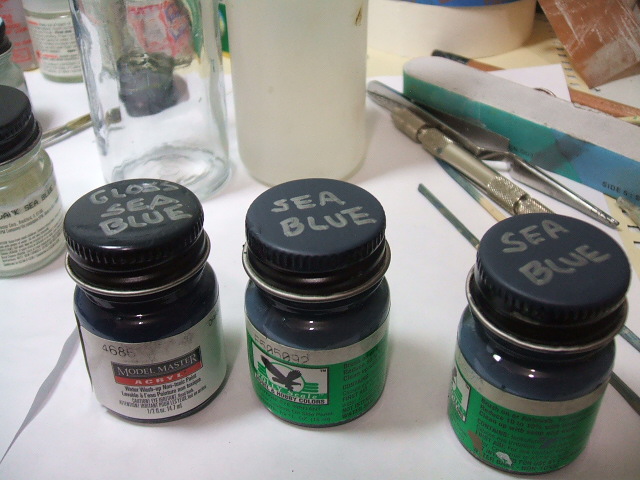 Because the jars were not full, I’ve condensed five jars of paint down to three. The two empty jars get a coat of black paint on the lid to indicate that they are empty.