When I decided to build this “simple” Hurricane–part of what I wanted to do was “stippling” to create the illusion of sprayed-on paint. I described this method (with photos) here. It works well. 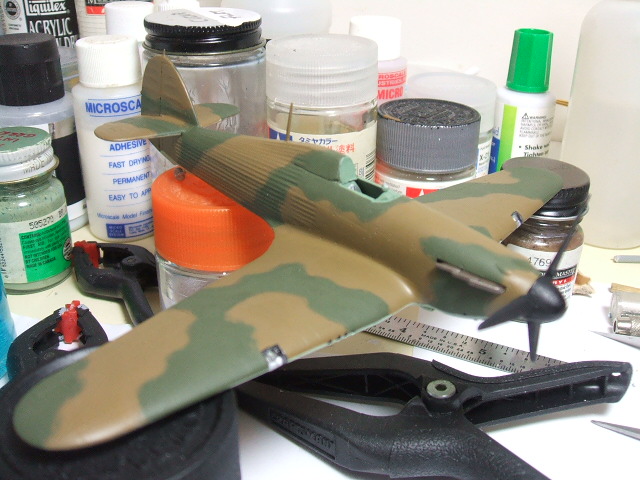 No infernal compacts with the lord of darkness are required to do this, but a devillishly terrible Humbrol Palpo Number 4 brush comes in handy. I cut down the brush and “shaped” it with a razor blade to make this:

I believe that this brush is made from hyena fur.

It’s so bristly and wild as to be unusable as anything BUT a stippling brush. But as a stippling brush, it’s a thing of beauty. I truly believe that Humbrol has quit making these, and replaced these nasty brown-handled items with “Palpo” brushes having black handles made from some kind of less objectionable furry animal.

So get one of the originals on eBay before they’re gone.

I pour a little puddle of paint on a piece of ordinary printer paper. 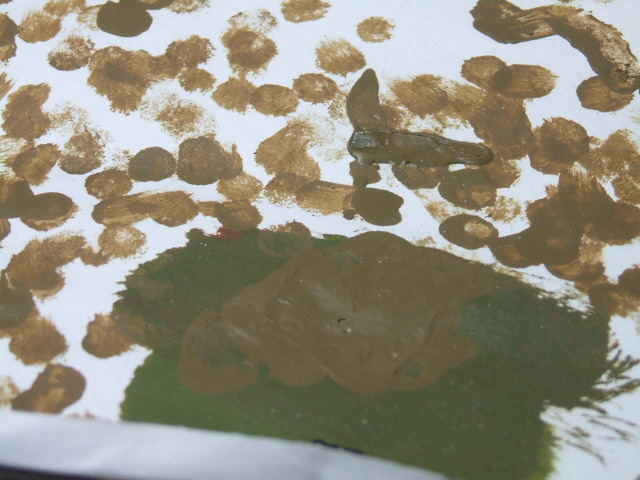 Then dab the brush into the paint, then dab it on the paper until the amount of paint in the brush is “right.” 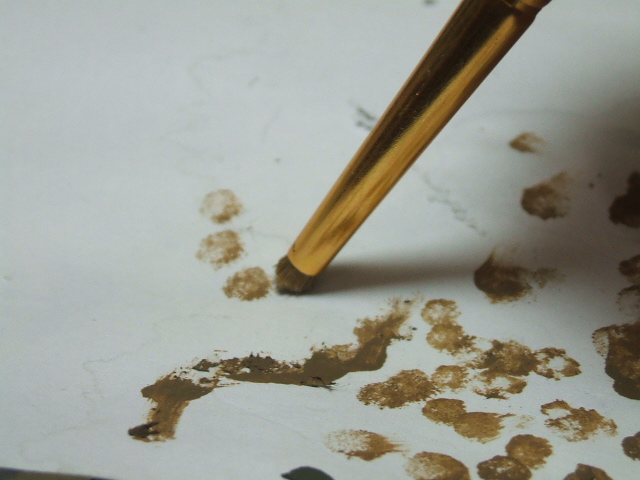 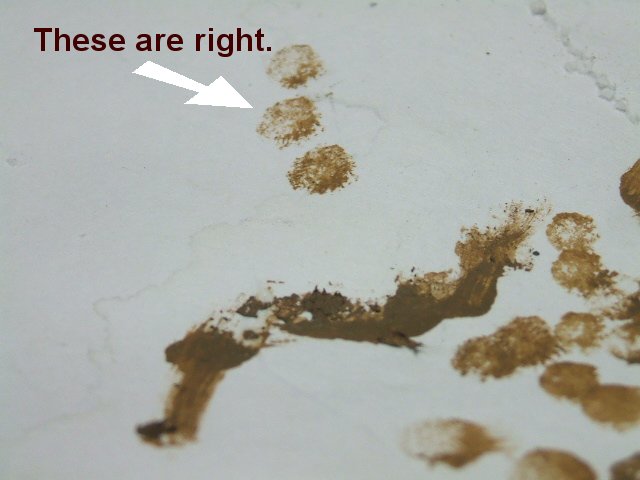 Then I just “stipple” (dab) along the demarcation line. 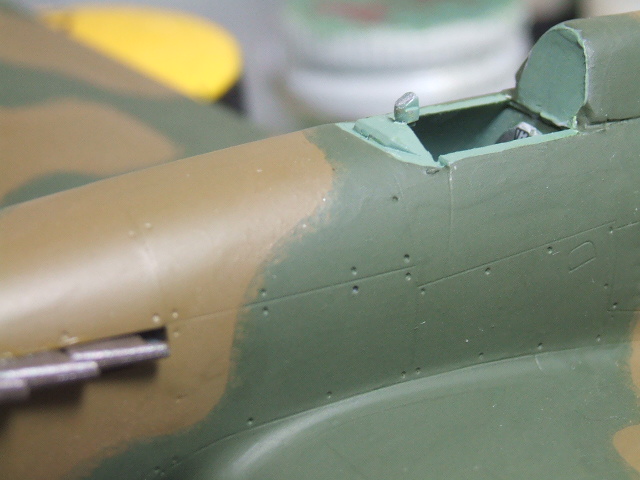 Here is an illustration showing what’s wrong with the wing gun ports. 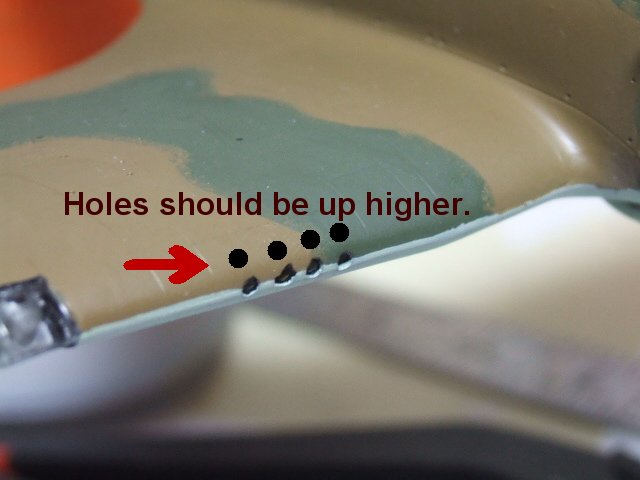 Live and learn. Trying to “fix” it would create an even larger problem, I think.

I know that the demarcations on Battle of Britain Hurricanes were “hard.” I’m doing it this way for fun and to illustrate the technique. This is something that supposedly “can’t be done” without an airbrush.

But here it is. No deals with the devil were required.

(OK OK! Maybe a small deal. I agreed to hand over all my P-51 models to the devil in exchange for the ability to do this.) 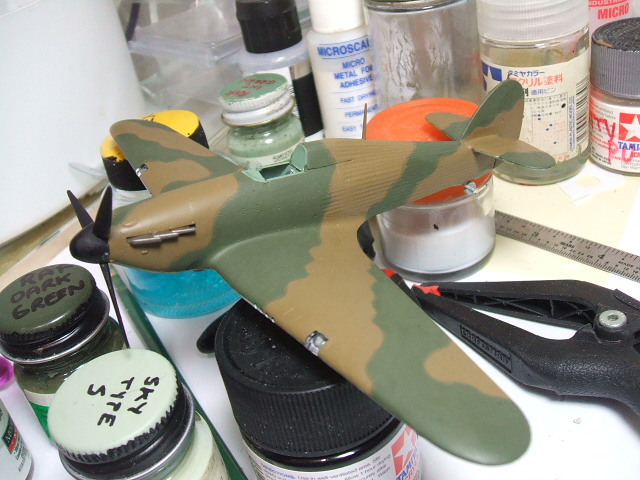 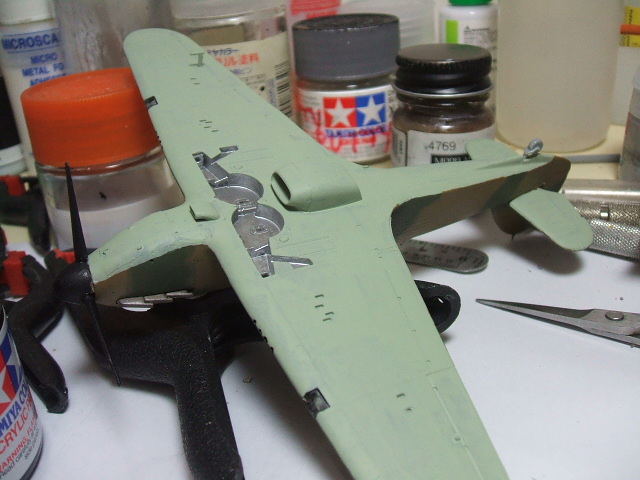 Needs another coat of Sky. Each subsequent coat provides another opportunity to correct errors and draw finer lines.