In 1964, everything was an O RAMA. There was Cinerama, which was the biggest and best kind of movie. For a short while. There was the Futurama at the World’s Fair in New York. And finally, last but not least, there was Revell O Rama. 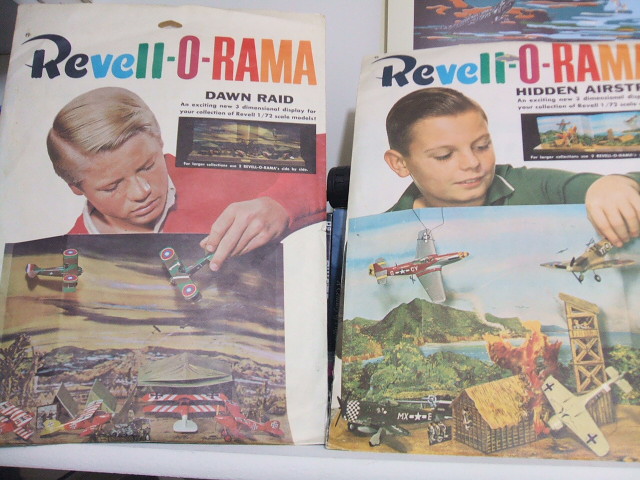 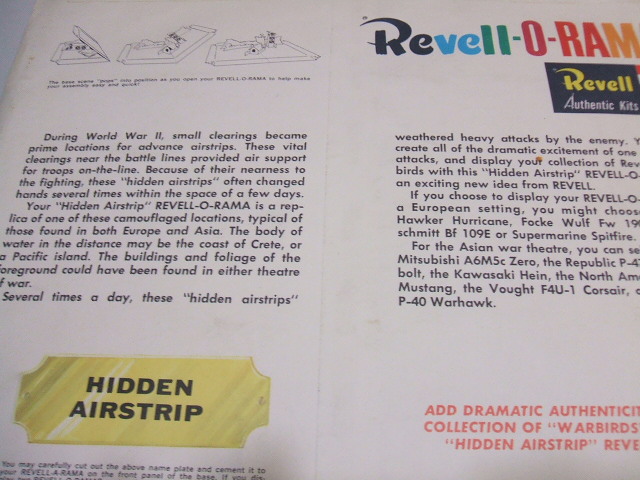 I’m lucky enough to own two of these, one that’s been broken into and one that’s still unopened. I pretty-much love these things. I also love Cinerama and Futurama, but in the latter case I’m talking about the modern animated TV show.

RAMA was all about… something. I’m not sure what it meant. But in the Revell case it was an “instant diorama” made out of paper. It  had a base with “pop up” buildings and trees like a kid’s book. It also had a “backdrop” consisting of more cardboard, which was printed on both sides so you could change it up. 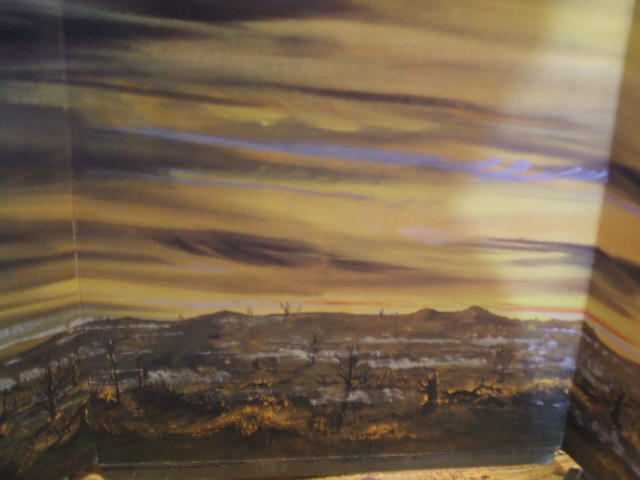 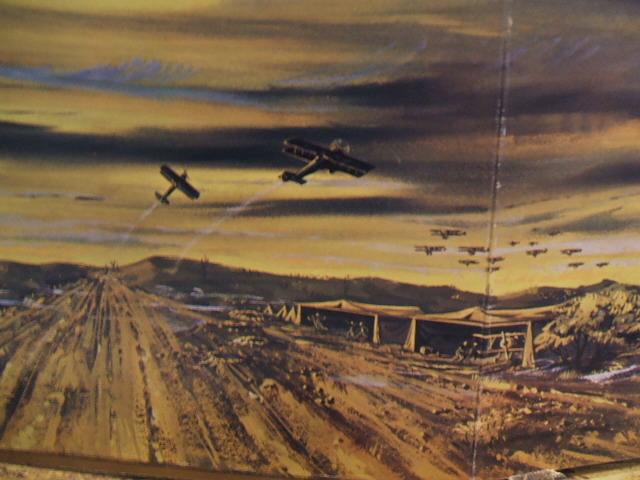 There were the usual Revell “fool proof” instructions. 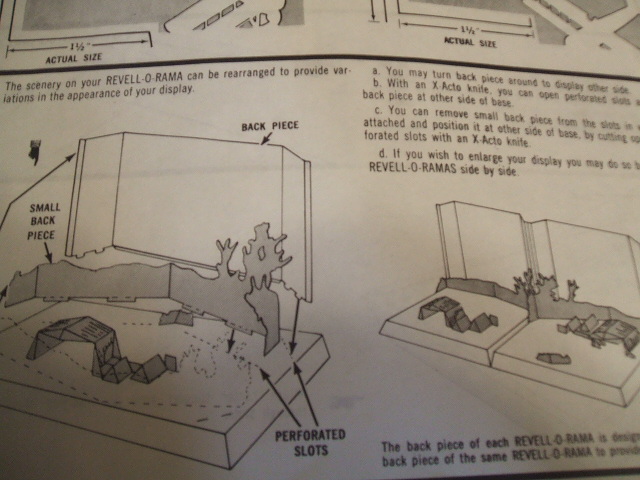 The instructions, however, did not explain how a kid could possibly bend the florist’s wire into those shapes. 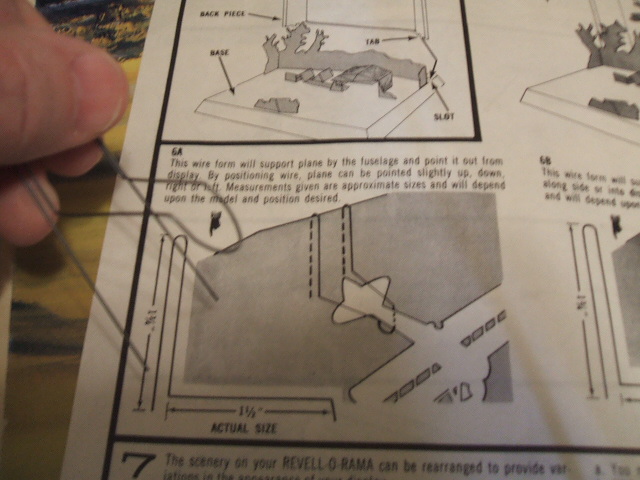 I had to reach a fairly advanced age before I knew how to do this. 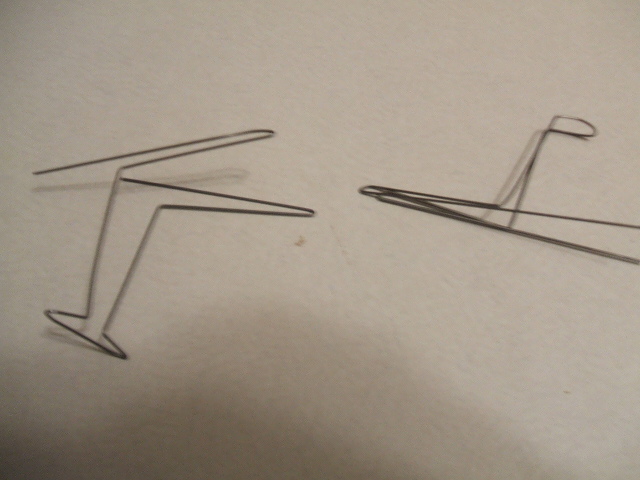 These things are a riot.

Various other ideas have come and gone in the “o rama” field, but for my money, the original is still the best.