Model building is not an easily understood activity for those who don’t engage in it. This wouldn’t be a problem except for the fact that we model builders often expect something like “appreciation” of our work.

Even if you create a masterpiece, the viewer, observer, or bystander had to know something about it in order to be able to form an opinion. It’s like being able to train ants. Who does that? Who would know if you did a good job? It’s all about perspective. If you don’t have an objective way to measure something, you’re stuck.

I assembled the deadeyes on the starboard side of the Golden Hind and noted that they were fragile and had to be modified to look right. Then, after being completely occupied with other things and unable to work on the model, I went back to it and promptly forgot about the fragile nature of the deadeyes. 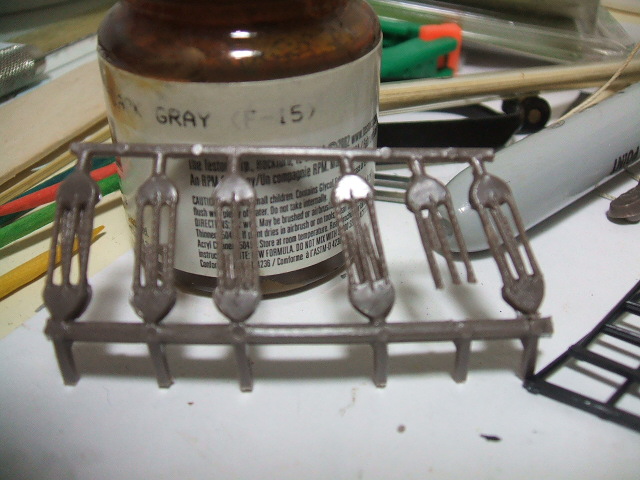 This is what happens when you don’t pay attention. Errors like this occur to beginners quite often, and they have to be pretty determined to stick with a hobby where most people don’t see the errors anyway and can’t imagine what’s wrong. But if you do see the problem, then you have to fix it properly and that involves something called “technique.” In other words, this is another case where years of experience will tend to pay off in a way that is virtually invisible to anyone but you and a few other specialists. The really frustrating part is when the other specialists get their noses so close to their work that they can’t remember how difficult it is to get even the basics right. We tend to “recalibrate” our critical faculties so that, even on a forum where expertise is assumed, we end up being just as critical. Beautiful models can be “cut down” by someone who honestly thought they were being “helpful.”

Fortunately, I have an extra set of these parts from the second kit. 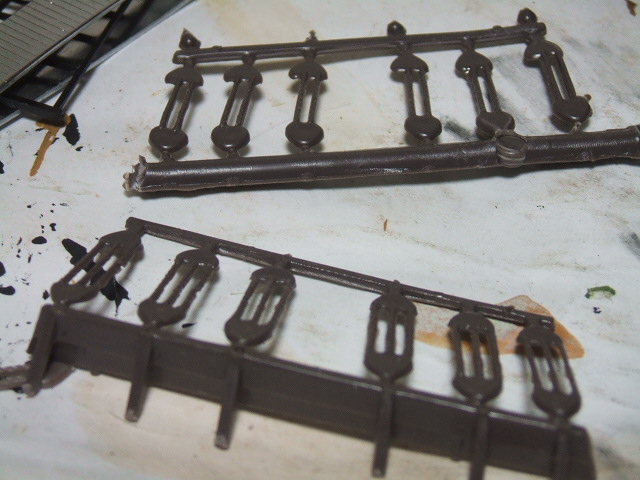 Now that I remember why I was so very careful with them, I’ll get these together and press on.