I’m going to make one of my first projects in the “wheels up” fashion from one of these old Monogram 1/72 Mustang kits. The old Monogram kit is the right size and shape to be a P-51B. Until recently, most forum-posting modelers used the Hasegawa kit or the Academy kit, and many of them commented on the incorrect shape of the Hasegawa kit’s wings. They may even have noticed something “wrong” with the nose of the Academy kit.

Maybe the Mustang kits from AK are better, but AK is on my “no fly” list since they tried to censor a blogger. I won’t mention them in the future.

The biggest problem with the old Monogram kit is that unless you attach the wing tops first, you will end up with no dihedral. No dihedral is bad. If you attach the wing tops first, you can get the dihedral to look acceptable. I understand that you can use tape (?) to “pull up” the wingtips while the glue dries. This may actually work but it’s not an efficient way of doing the job. Some people would rather bust a gut than disregard the instructions, I guess. 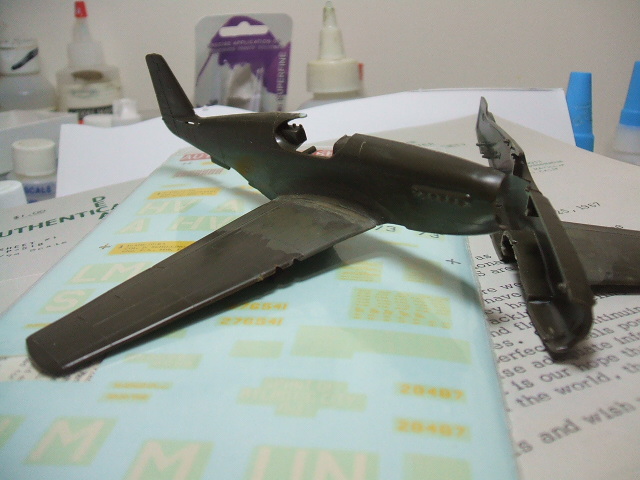 It was rather difficult to get the wing tops “attached” in this case. The guys who made this kit had no idea what some loon like me might try. They just figured that nobody would ever want to glue the wing tops the fuselage. In this case, some super glue saved the day but it was touch and go for a while. 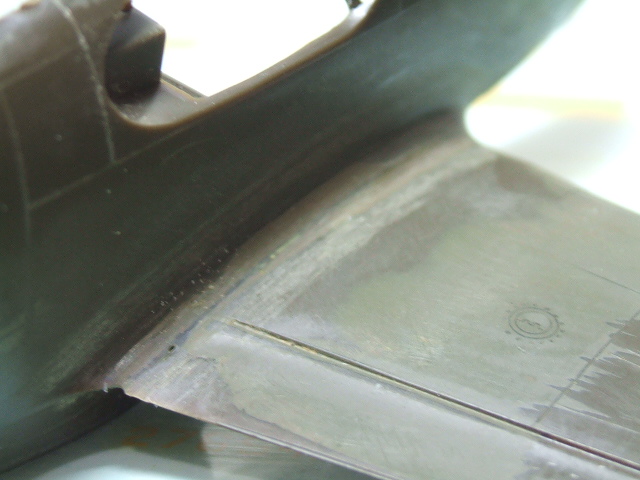 I used some clamps to show how it will look when it’s all assembled. 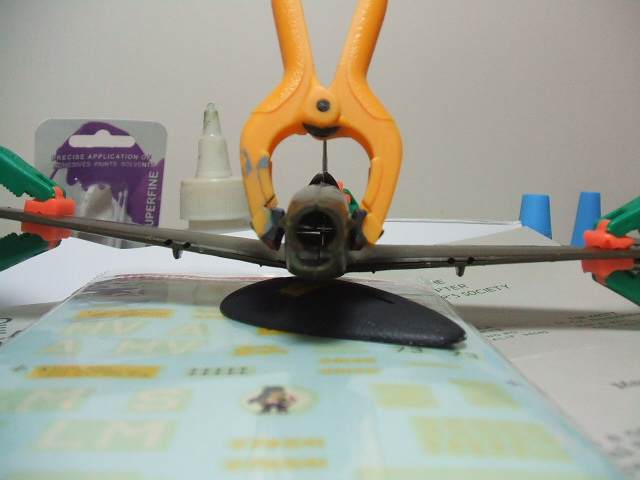 Dihedral appears as if by magic.

I spent some time painting the “Hairless Joe” marking from the Authenticals sheet. It needed Joe’s leopard skin vest and pink skin. 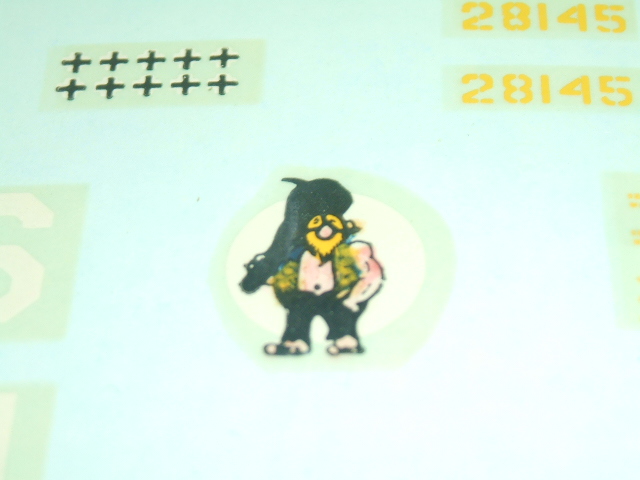 I have a couple of other kits that may end up as “in flight” models. 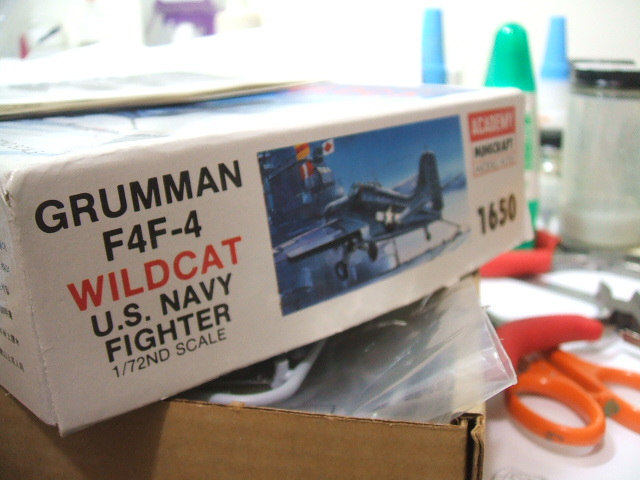 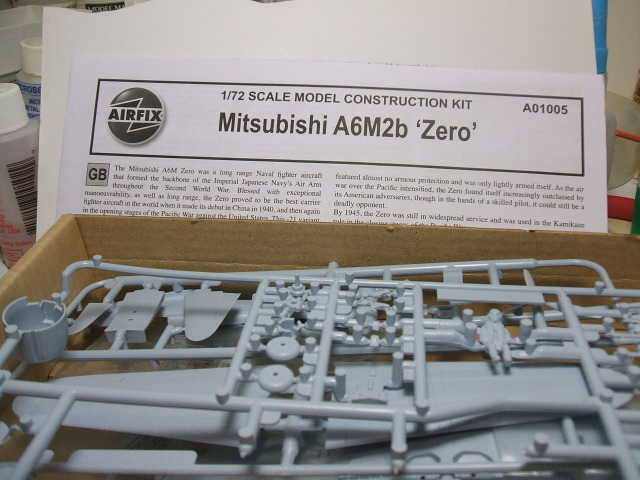 They both have pilots and a “wheels up” option. The Airfix pilot looks a trifle strange. 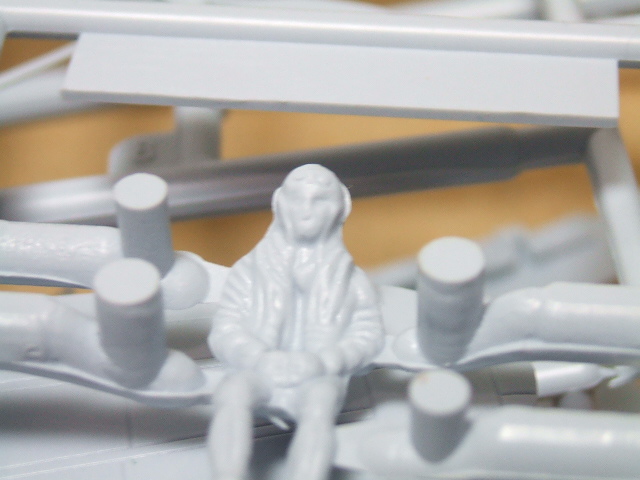