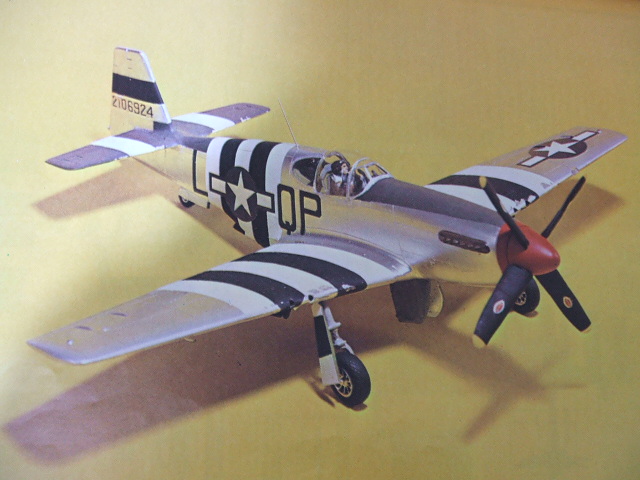 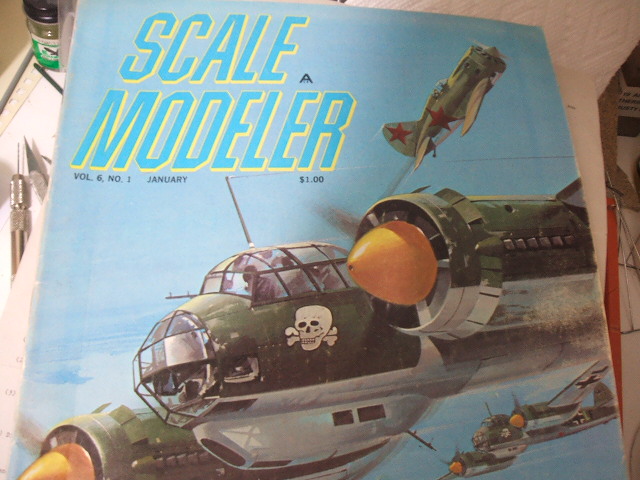 It contains an article on building the old Monogram P-51B in 1/48 scale into a replica of an aircraft flown by Ralph Hofer. 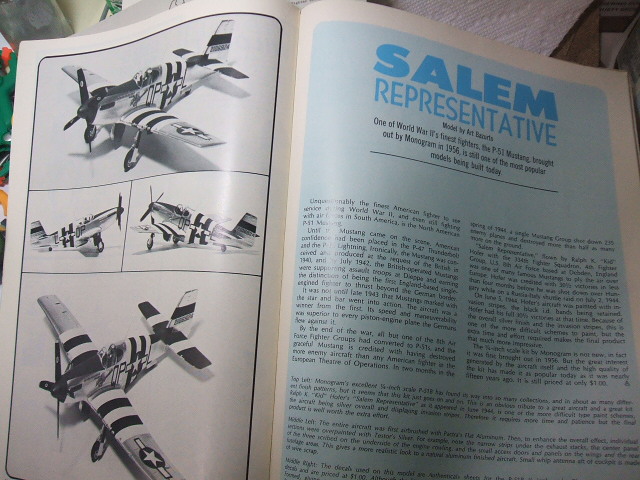 Hofer’s airplane (with the “Salem Representative” cartoon mule) is famous just as “Kid” Hofer is a famous ace. Hofer resembles a World War II version of the first world war’s Frank Luke. A charismatic individual who flew off into glory and died under mysterious circumstances. Fellow ace James Goodson wrote a memoir entitled Tumult in the Clouds wherein he tells Hofer’s story with more than a little pathos.

Hofer is remembered as a fire-eating American youngster who whipped the Nazi’s (almost) until he was gunned down in a mythic battle with Germany’s greatest ace–Erich Hartmann. Hartmann being the same age as Hofer, his nickname was “Bubi”–German for “Kid.”

It probably didn’t happen, but in cases like this–who cares? The story is the important thing.

Speaking of which, getting the “the truth” about Hofer’s airplane is already proving to be a bother. We have a number of photos of Hofer’s airplane and various modelers have already decided how it looked, including some kind of “label” affixed to the gear door (what?). But I’m going with the version from the old Scale Modeler. Lord God I’m tired of wading through an acre of B.S. to arrive at something that’s supposedly “more accurate.” I think that the only thing I’ll change/add to the Scale Modeler version is red stripes on the tail. I don’t buy the olive drab (or green) on the upper wings–unless we’re talking about after the stripes were painted out.

At best, Hofer’s aircraft may have looked similar to the one in the Scale Modeler article for a week or two.

Part of Hofer’s legend is his German Shepherd dog and his football jersey. I like to imagine that he wore a blue and white jersey from old Salem, MIssouri High School (Go Tigers!) and painted his plane blue with white stripes to honor the old home town.

Except that he didn’t.