Grippy McGroiney. Known for his powerful grip and hideous facial scars, he once gripped himself into such a fury that he had to spend three days in a Singapore flesh-pot to cool off.

Snappy McSukup. Snappy is known for following all order to the letter, even when no orders were given. A remarkable talent.

Stash Abernathy. Abernathy has grown a moustache in order to fit in. It prompted the crew to begin calling him “Stash.” Or maybe it’s the genuine Manilla hemp in that cask. 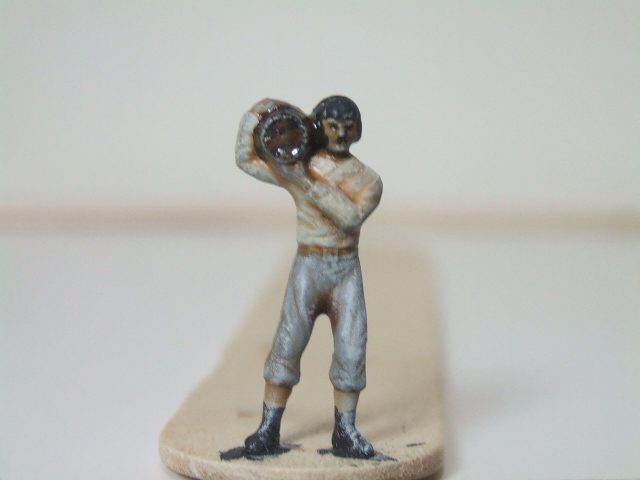 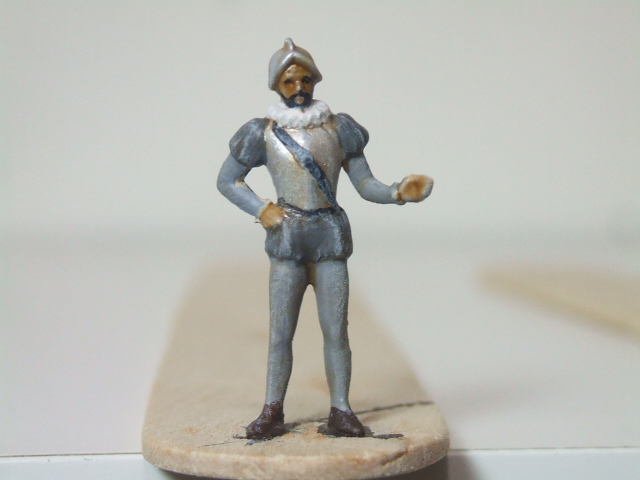 I’m pretty happy about how these turned out, considering that I have no idea what I’m doing. I watched a couple of Youtube videos on “miniature painting for beginners” and just did what they did.

The hardest part was deciding on the overall color “scheme.” I figured that with the clothing available in 1580 and the conditions at sea under the broiling sun, the theme should be “subdued.” Everything would fade ten shades lighter and then rot. All colors would just diminish until all that would be left was a memory of the original shade.

On the other hand, the skin of the sailors would grow darker and darker with every day under the tropical sun. So I decided to make the “flesh” color very dark. Even the whitest skin will turn chocolate when it’s out in the sun long enough, and in some cases the crew of old Drake’s ships may very well have had darker skin than we are commonly led to believe. Historians tend to “forget” to mention darker people, for some reason. So when they finally build that time machine we may be very surprised by the colors we encounter in the past.

Anyway, the faded clothing meant that I couldn’t make the sailors into peacocks, covered in spangly color-drenched synthetics. I had to think bland. I used good-old Pollyscale and Model Master Acryl. This is the result. Drake’s snazzy armor was done with Vallejo Metal Color. I assume that Drake wore that tin hat just for the photo, unless having your brain cooked is just a part of being a 16th century pirate captain.