Panel lines have become a “controversial” topic on plastic kit forums, and you won’t be surprised to learn that I have a story to tell about that.

Once upon a time, I used to make skins for European Air War. No, we didn’t skin out critters to use a throw rugs during aerial jousting. That’s another story. I’m talking about the art of creating the “paint jobs” for airplanes flown in computer simulations like Microsoft Fight Simulator. My favorite simulation in those days (around 2000) was European Air War, and it was fun to use a program like Paintshop Pro to make “skins” for the airplanes. If you’re not familiar with how this works–the appearance of the planes in the simulation (sim for short) is controlled by files which are just good old images which you can edit and then put in the game.

For some people, this becomes an all consuming passion. Some artists truly create masterful works of art, which end up being “pasted” onto the planes in the sim. You can download their work (usually for free) and use it in your own version of MS Flight Simulator of IL-2 or whatever. I was never very good at it– but that didn’t stop me from trying! I learned that one of the most difficult parts of creating a skin is to create something in 2D that has a kind of “depth” and “richness” that allows the plane in the game to look real and not like a fake. It’s not easy.

The true masters of the medium draw in panel lines, then add shading so that the panel lines are “highlighted” without being “over the top.” It’s not easy. Somewhere back around 2000 or so, about the same time I was fooling around with Paintshop Pro trying to make skins, some young fellow must have had an insight. He figured that he would take the skillset he had developed in making simulation “skins” and apply it to plastic model kits. In my humble opinion, this was the birth of the “European” or “Spanish” or whatever school of model finishing. All that panel line business originated, believe it or not, with computer sims. True story.

Now getting back to some panel lines on a certain A-20. You recall that I sanded off all the rivets and raised panel lines (more or less). Now it’s time to draw the lines back on with a pencil. I DID NOT invent this, independently or otherwise. I was educated by Allan Buttrick, who is a genius. You can see his work here. I use a piece of steel tape as a straight-edge that I removed from an old “mini tape measure” that I had around. It looks like this. 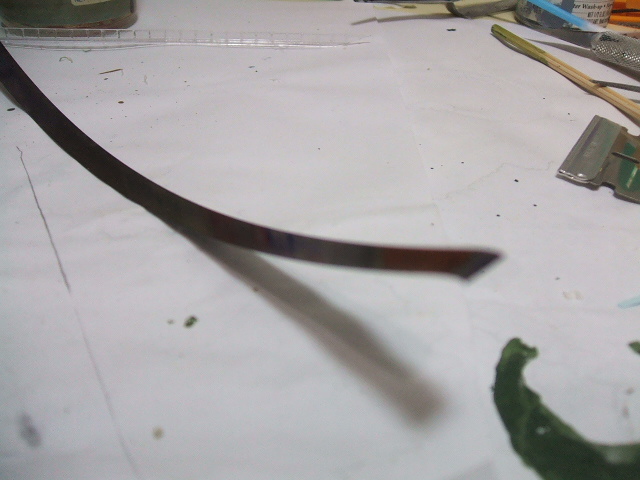 I also use a very low tech pencil 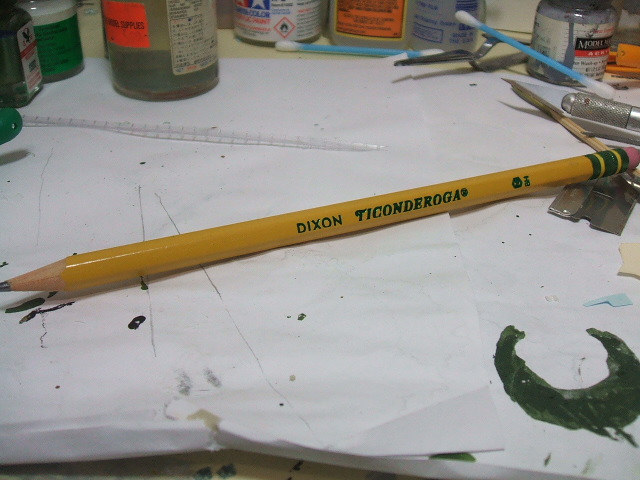 The idea is to add some lines without adding too many, and keep it simple because that’s all I can do. 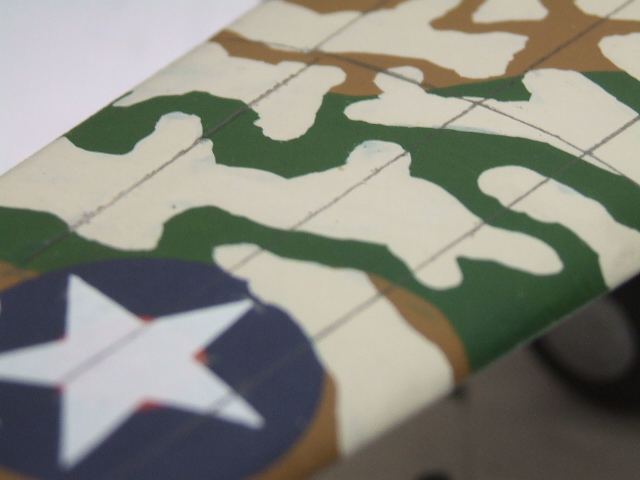 The end result should add some class to this model. I hope. 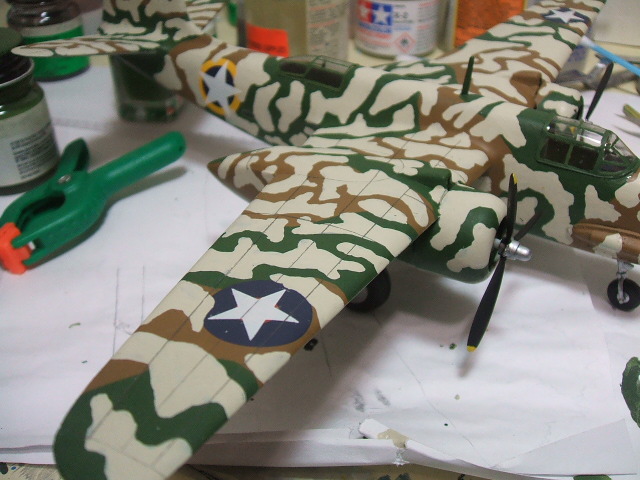 After the lines are applied, I’ll put on a coat of clear flat. Having a nice, dead flat finish is important for being able to apply the pencil lines, too.