One of the really, really troubling aspects of modern American capitalism is the lack of any long-term planning in a lot of businesses. I don’t mean that all American businesses are focused on the here-and-now to the exclusion of everything else, but enough of them are to make me wonder just what’s going to happen when we wake up and find that the Chinese or Russians have stolen a march.

I do R&D. I study, test, and explore the materials that I think might work and use them in new ways to see if they foul up the job or do something great and unexpected. I live in an area where there are huge, totally unexpected hobby stores– the greater Minneapolis/St. Paul area in Minnesota in the U.S.A. I have access to some things that just aren’t available elsewhere. I’m not just talking about “model shops” (although we still have a few) I’m talking about stores that provide unusual and maybe “one off” stuff.

Such as Badger Model Flex. 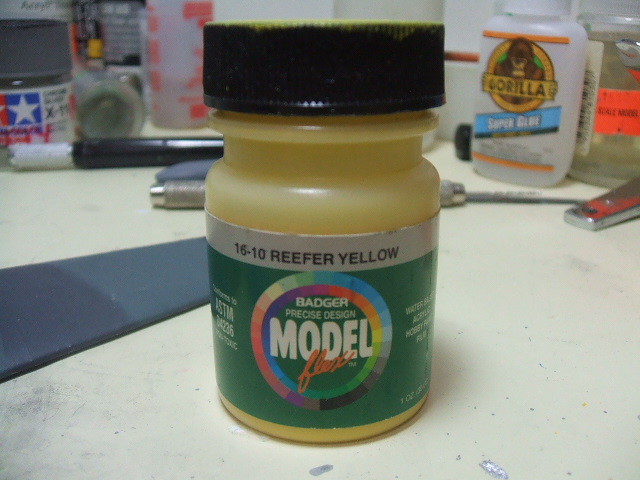 I’m not saying that everybody needs to buy this paint, but it’s available to me so I feel that maybe I should try it out just to see how it works for brushing. Of course, it was originally intended to be “airbrush only” but I have found that “airbrush only” usually means “too thin for the average bear to brush it” which means it might be just about right for me.

I applied five coats of the stuff to this “test” wingtip to see what the coverage would be like. 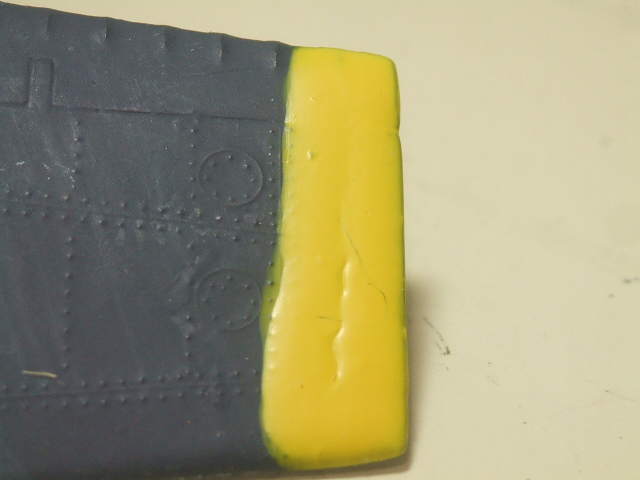 I covered well but developed a “fissure” in the center. This type of thing happens when the paint is applied too thick and too fast. Don’t misunderstand– this paint is way thin. It’s just that when you apply five coats, allowing it to dry between coats, you had better let is really dry or you could get shrinkage leading to an irregularity like this.

If this kind of stuff cranks your crank, you just might be a brushpainter.