A few years ago I decided that in order to be a “real modeler” I would need to learn to sand off raised panel lines and rescribe them. I was afraid of this but I decided that is had to be done. Keep in mind, please, that I probably will very rarely do this now. I’ll either sand off the raised lines and DRAW them on with a pencil or just forget the whole thing. Here’s how I learned what little I know about scribing.

First, you need a way to draw a straight line on a curved surface. I fooled around with evil labeling tape, but it pulls up acrylic paint so it’s no good. I also spent some real money on a “real” scribing tool. 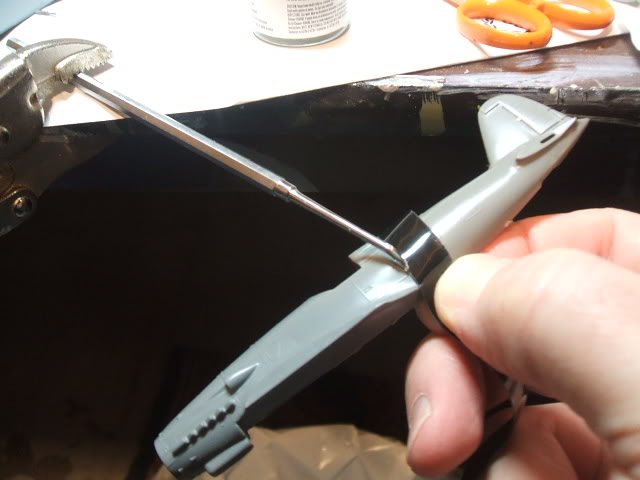 I went to work on an old Super Model (remember them!) kit of the G-55. 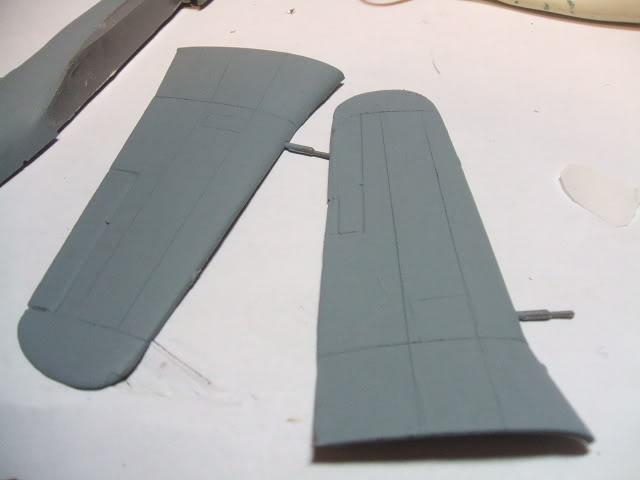 This didn’t turn out as well as I’d hoped. So I bought an old dental tool at Ax Man and made a handle out of epoxy putty. 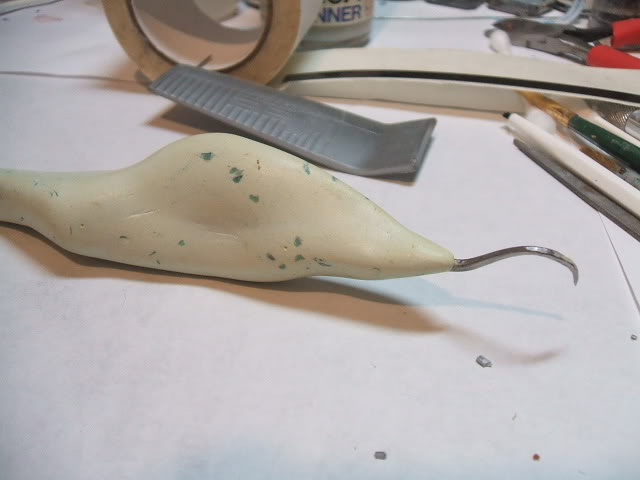 I decided to use a extra small measuring tape that was originally a clever key-fob. I broke open the case and removed the steel tape. 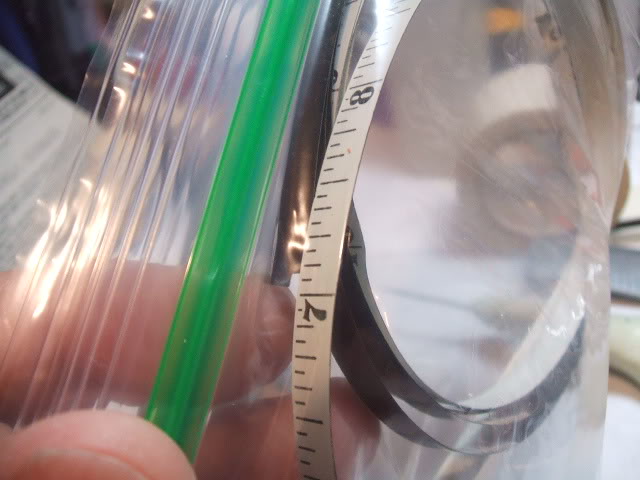 Then I went to work on an old Revell Corsair. 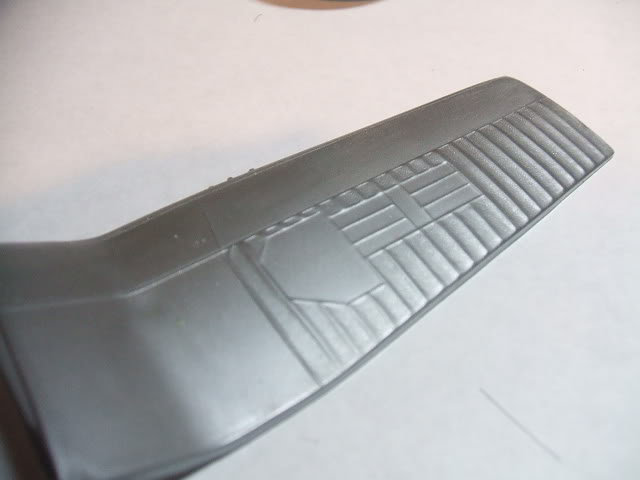 I sanded off the old raised lines and scribed in new ones. I then coated in model in Rub n Buff. 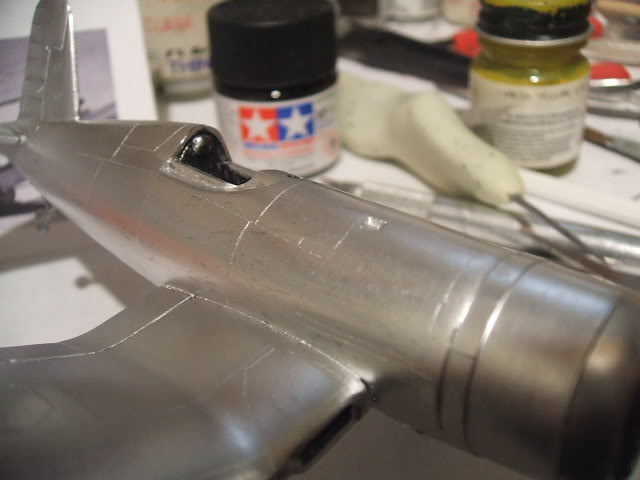 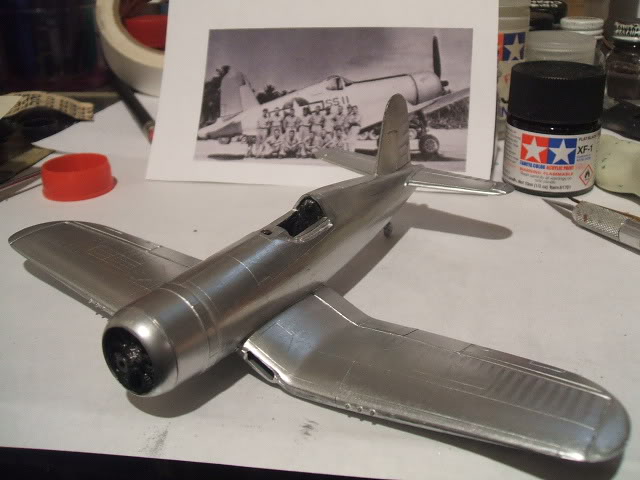 I had to use this stinky stuff to make the Rub N Buff work. Thank God those days are OVER. 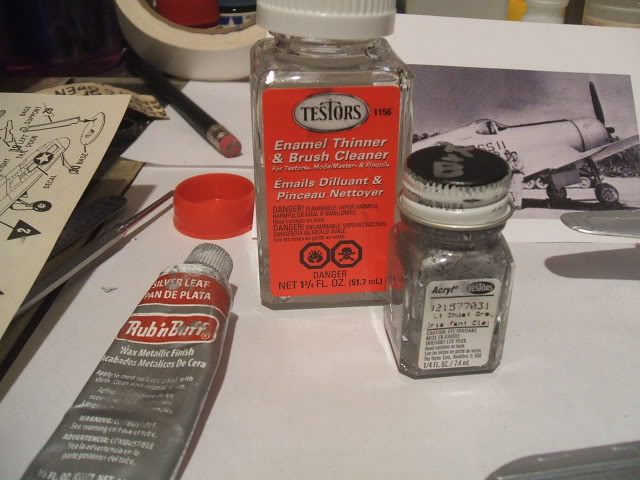 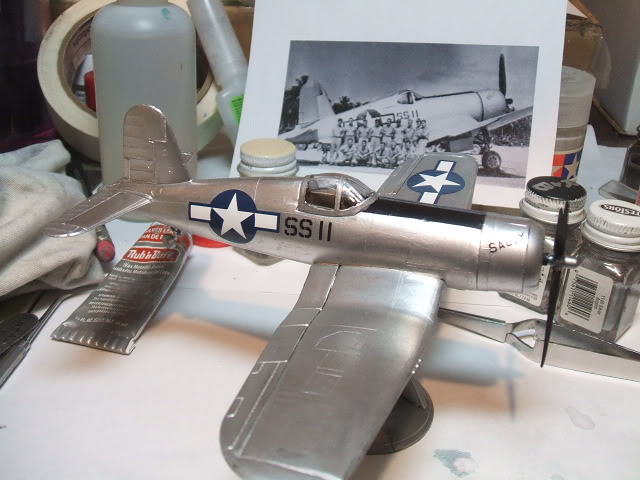 I learned one very important thing about scribing. Do not use too much pressure. In other words, a very, very feather light pressure is all that is needed. More pressure than that, and you’ll foul it up. I will, anyway.

Keep on keepin’ on.

3 Replies to “The Great Scribing Experiment”