I built this Airfix Spitfire back in the Spring of 2010. It’s due for an upgrade. 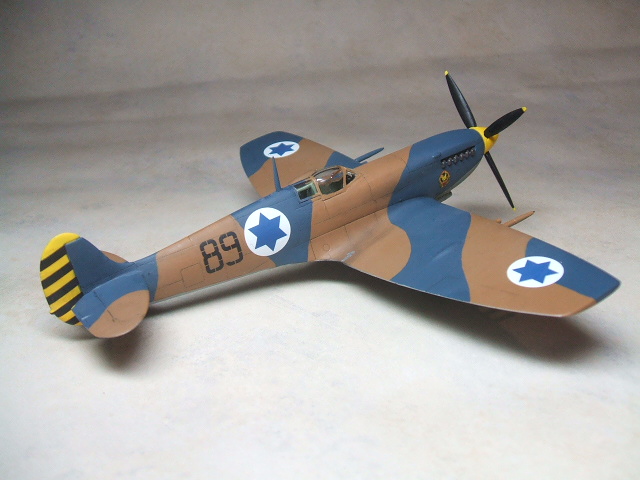 It’s a conversion to a Spitfire IXe, made from the Airfix kit by clipping the wings and moving the cannon and the associated bulges. A detailed, step-by-step description of the build is here.

I also came to learn about keeping the prop at a “Y” or “cross” with one blade pointing straight down. Israeli pilots may be jerks, but having a Spitfire that perpetually showed the prop in a dangerous configuration was not okay with me. After all, the ground crew would move the prop to the correct place even if the pilot left it in an “X.”

Unfortunately, 2010 was a few years before I decided to go “all spinning all the time” on props (other than in-flight models, of course) so I glued the damned thing on with the prop at the “X” position, which looked fine to me at the time but now that I know how props should look it looks silly.

(I should point out that I never worked on a propeller driven aircraft during my time in the USAF. So how was I to know?)

We have a couple of things to fix as part of an “upgrade in place.” First, I learned to draw in panel lines as described here in a tutorial by the legendary Allan Buttrick. So I got my pencil and a straightedge and started drawing. 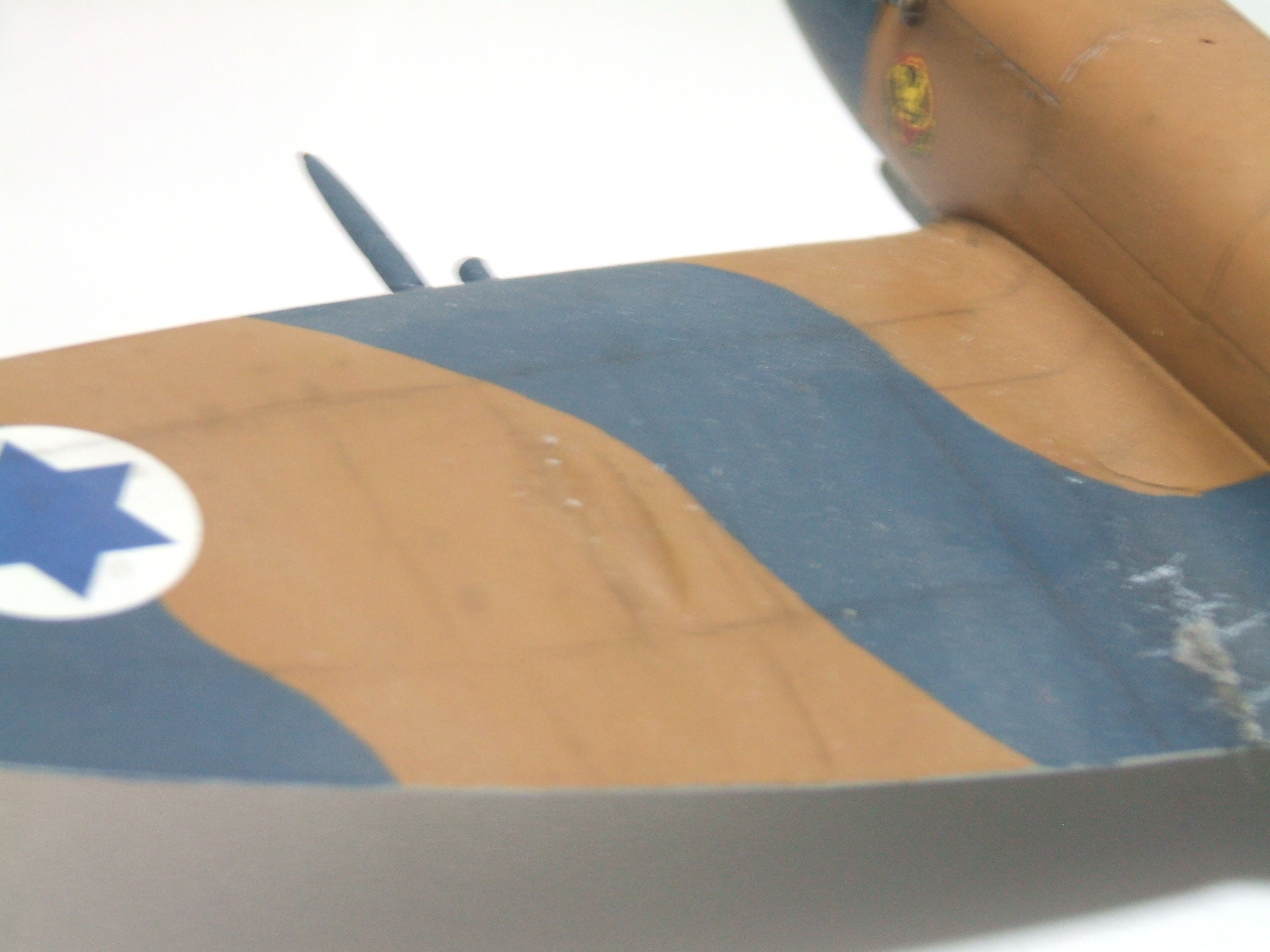 My next trick was to break off the prop and then modify it to spin. 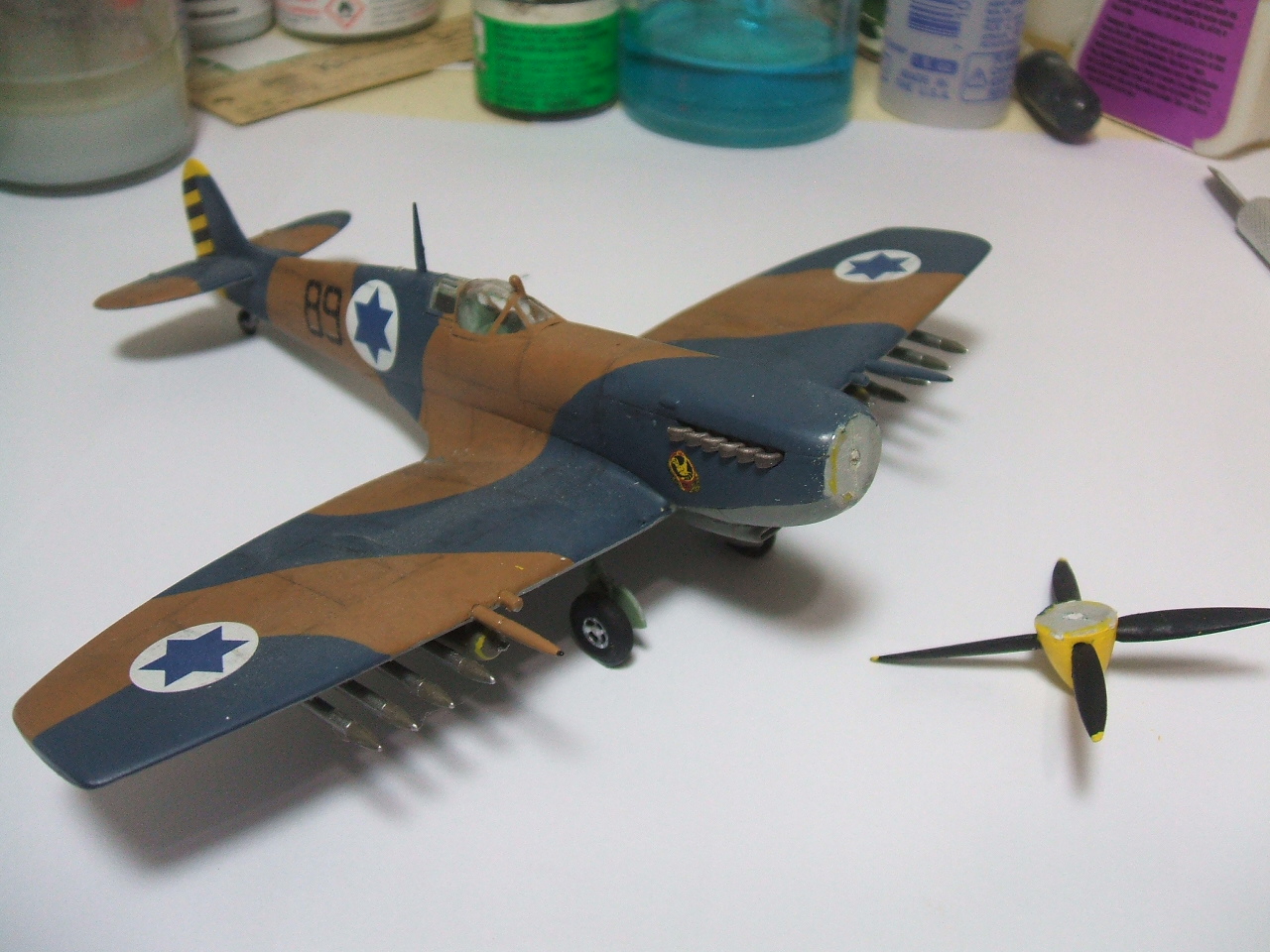 I’ll need to drill a hole in the fuselage… 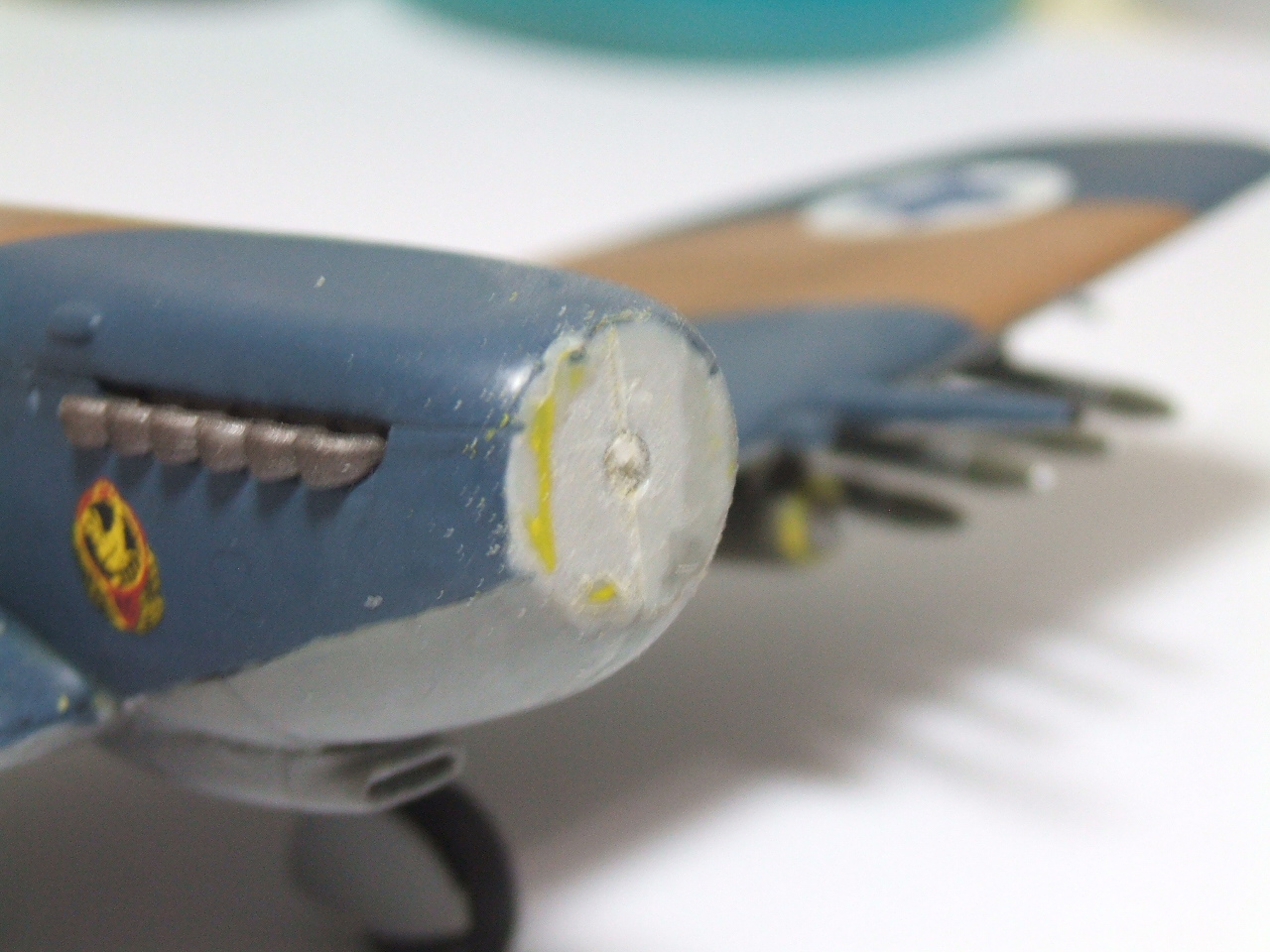 …and in the prop and insert some kind of shaft. 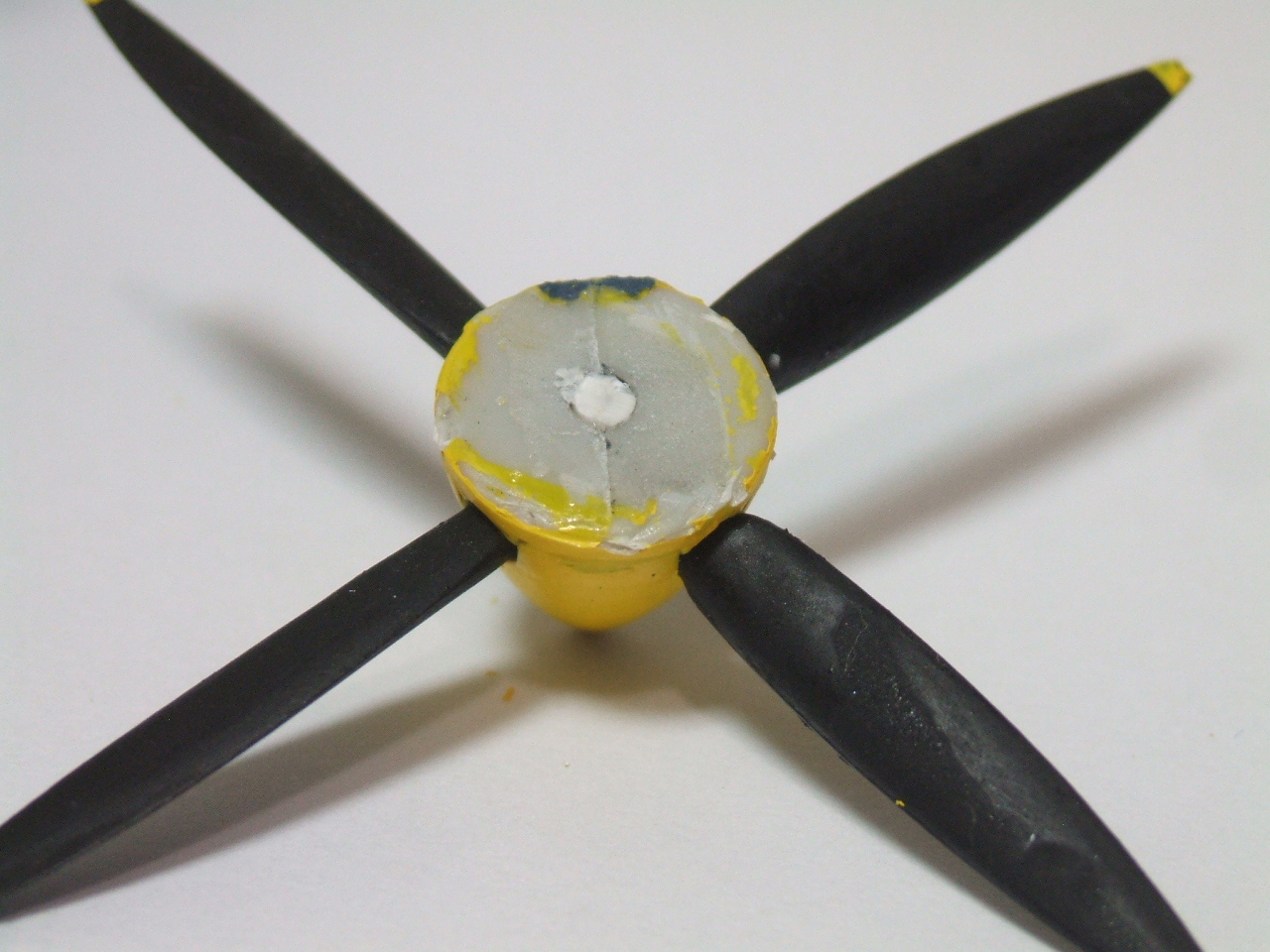 This type of “post production” work is a big part of my hobby. Some guys like to have a lot of uncompleted models sitting around. If they get bored with one, they take up another. I can’t do that. I like to “finish” things. But then I often take a “finished” model and re-open the case. I’m always adding things to “finished” models. As my skills improve, I upgrade the models in place to reflect what I’ve learned.

3 Replies to “Upgrades in Place”