I think I may have discovered the origin of Revell’s Golden Hind kit. It was a British TV series from about three years before the Revell kit appeared, entitled “Sir Francis Drake.”

According to the Wikipedia article, the ship on the TV show was a replica that was built for filming. It was destroyed by a storm in 1987. One look at it and you can see where Revell got some of their ideas–including some of the wacky stuff that never “made sense” to the old salts who have tried to analyze the origin of this thing. 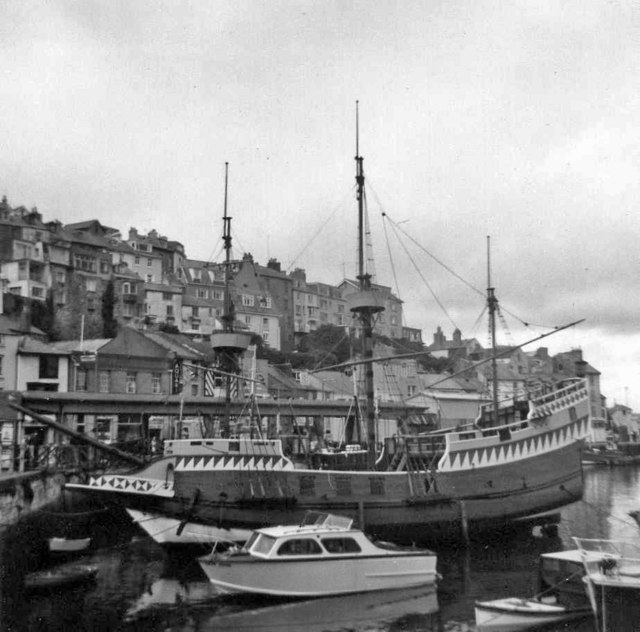 A look a the TV show (see link above) will answer all questions about the weird layout of the Revell kit and explain just what Revell thought they were doing. You can also figure out how to paint and detail parts of the ship where the Revell instructions are imprecise.

The Revell kit is not a model of a 16th century ship. It’s a model of replica that was really a television prop. I’m sure that Revell considered some kind of TV tie-in, but that never happened, for unknown reasons.

What he have, then, is a model of a TV ship.

Stuff like this was always “in the air” with Revell. They had a strong relationship with Disney (maybe Disney nixed a tie-in with the British company ITC?). They also nurtured relationships (some better than others) with Detroit auto makers. They tried to tie-in their model kits with whatever was going on, and they often worked overtime to make sure that TV news items became kits.

A very American way of doing business, I must say.

8 Replies to “The Origin of Revell’s “Golden Hind””