I’m calling this entry “variety pack” because I’m not sticking to any one subject today. IT’S A FREE-OR-ALL.

(Recently, someone asked me if “free for all” meant that a thing would be given away, for free, to everyone. No. No it doesn’t mean that. No.)

IT’S A FREE FOR ALL!

I started out looking for images of the Dassault Ouragan in the later Israeli camouflage and I found this neat blog. Check it out. It contains a mini-bio of Marcel Dassault, who was also Marcel Bloch, who was responsible for the Bloch aircraft from pre-war France. Same guy.

He wrote an autobiography. It looks very interesting. 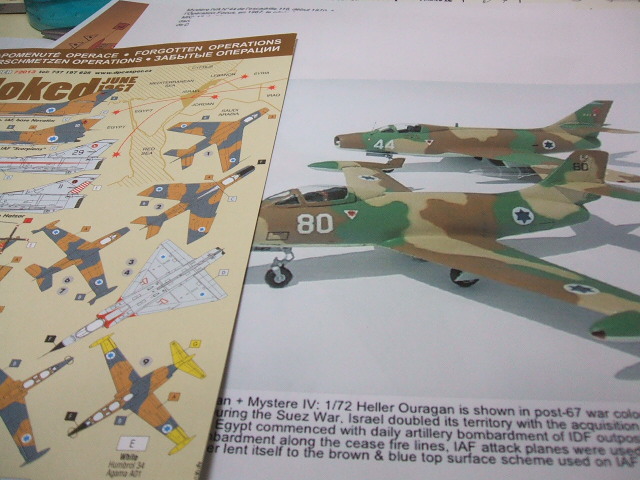 Oui, or non? Think about your answer carefully,.

Israeli camo schemes are problematic because the Israelis were very, very secretive about their airplanes for a long time. I don’t know how much “hard” data exists even now. I have a pet theory that the Israelis used filters when they photographed their aircraft in order to “skew” the colors. This explains the bizarre range of colors seen in color images. The green and darker brown in many images look like RAF colors from WWII. In other photos, the colors are more “pastel.” This has led to a lot of confusion. Fortunately, Nick Millman hasn’t discovered this yet or he’d set up blog about it, and write a book or two revealing the ultimate truth (sans references).

In my opinion (which is only an opinion) the “dark” brown and green are artifacts from the weird photography–not the “true” colors. I’m also half-convinced that the brown in the later 4-color scheme is the same color (in general) as the brown used in the earlier, 3-color scheme.

But I could be wrong.

One area where some progress has been made concerns those darned insignia. The national insignia feature a bright “Israeli” blue that looks like this. 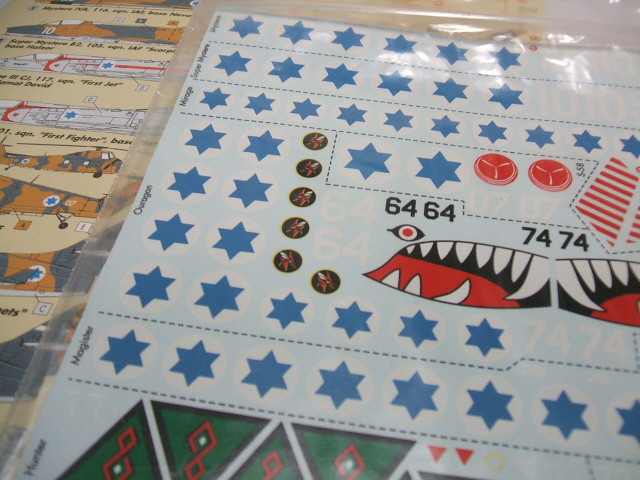 In many Microscale  (and other) decals from the sixties and seventies, the color used for the star of David was U.S. insignia blue, which is a very dark, almost black, blue. It’s the wrong color.

The aircraft I intend to build as a model is one of the long-serving Ouragans that were used during the little-known “War of Attrition” that went on between Israel and Egypt from 1967 to 1970. This was probably the longest air war Israel had to fight and it involved a long and frustrating effort by the Egyptians to “bleed” Israeli air power to death.