Yes, there is a connection.

I love VHS. I love it because it’s cheap. I can buy a VHS player for ten bucks and repair it and run it forever. I can buy a new remote on eBay for a few dollars. I can buy any movie I want for a dollar (or less) and only the very rarest videos are more than that. It’s a buyer’s market.

It’s a buyer’s market because people don’t want them. They pay to get rid of them. On the other hand, I’m a buyer. I’m not a big-time collector but a have a couple hundred tapes. I have some real classics in there. Widescreen, a lot of them. Just recently I watched three movies that you cannot get on Netflix. You could get them from Amazon, but IT WOULD COST YOU.

I bought the my movies for cash, and that’s all I pay. No fees. No nothing. I OWN them. It’s a new concept and I don’t blame you if you find it hard to wrap your mind around it. I own these tapes. I can watch them whenever I want. Period. 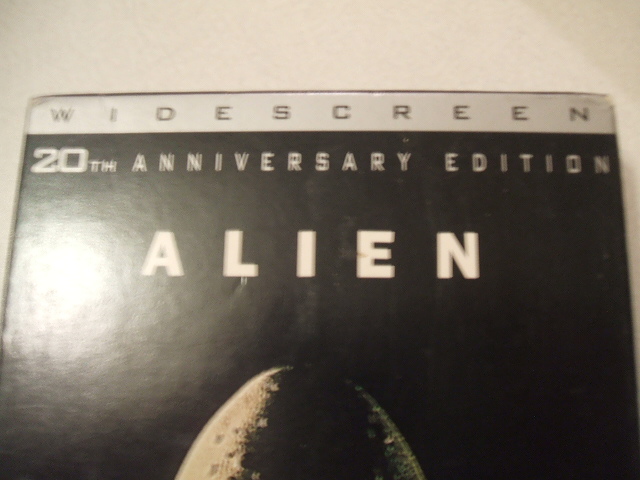 The thing is, nobody, but nobody, will admit that I may have a good thing going here. There may be a few hipsters who collect old horror films (yeah, I’ve got several of the Full Moon videos) but they are “collectors.” They collect. I buy to watch. I acquire movies that I like, not just slasher films that are “collectible.” I actually WATCH these movies.

I have a TV that I consider to be “state of the art.” Yes, it is a newer one that I can easily pick up with one hand, It has the 16:9 aspect ratio. I also have a ROKU and NETFLIX that I pay American money for. That doesn’t mean a thing when I want to watch Alien, or Robocop, or Devil in a Blue Dress. If I want to watch them, I can pay the man, or can go to the shelf and pull out my VHS copy. Problem solved.

But nobody cares. The reply I got from a friend was “too many moving parts.” Yeah. Right.

Unless, of course, the planets align and it becomes “cool” to do one of these things. Then I will be treated to a sight that no man really wants to see. Self-respecting people asking me to show them how to learn the hip, new thing.