Today, the planets aligned and I found myself reading this article on Twentysided.com about the nature of group-think and the assumption that large groups of smart people will arive at optimal solutions to problems.

The planetary alignment came as I was thinking about a topic that might be called “Why Things Don’t Get Better Faster.” The question that young people often ask is “why haven’t you old people done a better job?” Another version of this question is “why can’t you old people tell me how to live a better life without falling back on mindless rules and then judging me?”

My experience in trying to promote painting plastic model kits with a brush has taught me a little something about group-think and the reason that it’s so darn hard to explain something to a beginner. Whether it’s a beginner model painter or a young man who is a beginner in the, um, courtship game–trying to explain how and why to a beginner is not as easy as it looks. The beginner already KNOWS a lot of stuff, and the problem is that a lot of what the beginner KNOWS is just useless, unhelpful information that will cause problems. Painters KNOW that they can’t paint a straight line. Young men KNOW that women choose partners based on “machismo” or something like it. When you’re up against prejudices that are so firmly established–there isn’t much hope. We end up with a stereotypical situation. The old-timer tries to explain, and the young person throws up their hands and says “you just don’t understand!”

No, the old guy does understand, but he’s not going to waste time “deleting” thousands of wrong ideas that you have acquired. If you find yourself murmuring “Really? Really? Do you mean that? Really?” then maybe it’s time to re-think your premise. If you are not successful and you insist that certain things that the old guy is saying are just “wrong” and “not realistic” maybe, just maybe YOU are WRONG.

You have to be able to actually try the experiment. You need an open mind to learn.

I have another hobby. It’s one of the weirdest hobbies in the world and, just as in plastic model building, I have learned a few things over the twenty-five years that I have been pursuing this hobby. But there is no way that I can teach what I have learned. It is truly a puzzle for the ages. No amount of discussion (so far) has brought enlightenment (regarding this topic) to anyone I have tried to educate.

It is just too weird.

Specifically, my “other hobby” is crackpot physics. Yes, I have a lot of “other hobbies.” One of them is crackpot physics. By this I mean that I have my own crackpot ideas regarding certain aspects of particle physics, and I share them, from time to time, with people who will, almost universally, not listen. It’s an exercise for true masochists. I have to say I don’t really enjoy being treated like an insane person, but I still go up to the batter’s box and swing away. Nothing like convincing people that you’re a kook. It really cements a relationship. <–here be sarcasm

Specifically, this is an easy argument to follow if you understand the blackbody radiation experiments that led to Max Planck’s discovery of the “Planck Constant.” If you don’t understand that, you won’t understand what I’m about to say. Don’t worry though, if you waste your time trying to understand blackbody radiation theories, the origins of quantum mechanics, and “the ultraviolet catastrophe” you will find yourself with a major headache and nothing to show for it (probably). You have been warned.

Or you could just take my word for it. Who are you going to believe? All the scientists in the world, or me?

Well, that’s an explanation, but it isn’t a good explanation. Einstein himself never liked it. Let’s think about things that produce “waves” that are high-energy at high frequency and low energy at low frequency. How about a propeller? It produces a high frequency, high energy “prop wash” at high speed and a low frequency, low engery “prop wash” at low speed. That’s neat! It’s a good analogy.

But is it only an analogy? Here’s where things get weird. Don’t take that red pi…too late.

Well, it does. Exactly. Right downt to the fact that one “side” of the field is “weak” and the other is “strong.” When this was discovered (it’s called “symmetry breaking in the electroweak field”) it caused a sensation. Particles act like little fans, blowing hard out one side and seemingly less active on the other.

Yeah, I’ve tried to explain this idea to scientists, mathematicians and all sorts of people. They say “Good idea–you should do something with that.”

Sure man. I’ll get right on that. Let’s see, Dear Mr. President… 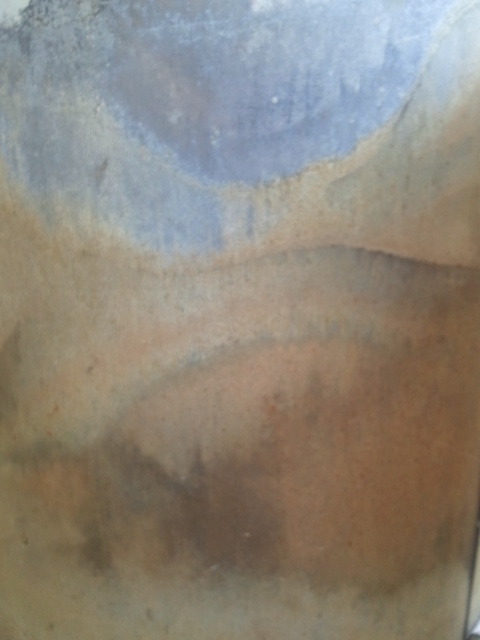 1 Reply to “Why Things Don’t Get Better Faster”