It looks like somebody, at some time, pointed a can of Pactra’s Panzer Yellow and gave this kit a sort-of half-hearted spray. Not really enough to paint it, and not really enough to to NOT paint it. When I bought the kit I didn’t know about this coat of “primer” but now it reminds me of gentler days at a mythical place called Pactra Scale Model Flats–a place I’d like to build a retirement community, if I ever find it.

My big issue with this old Revell marvel is how to make sure that it absolutely positively doesn’t need a tail stand. If it needs a tail stand, it goes in the trash. I won’t abide a tail stand. So how do we approach this?

As I said yesterday it aint’ an easy thing. My first trick was to squash some fishing weights so they would fit under the floorboard of the cockpit and above the landing gear well for the nose gear. 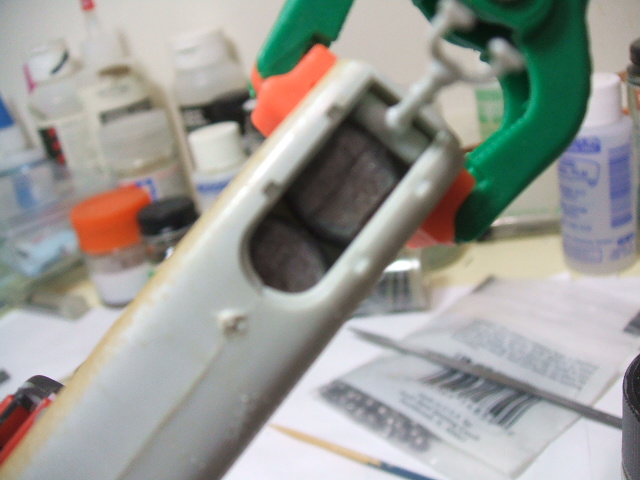 That worked pretty well. Then I squashed another one and put that inside the cockpit, under the instrument panel. Of course, I then had to make an instrument panel because the kit doesn’t have one. No problem, I just cut one out of some heavy paper and glued it in with Tombo Multi Glue. 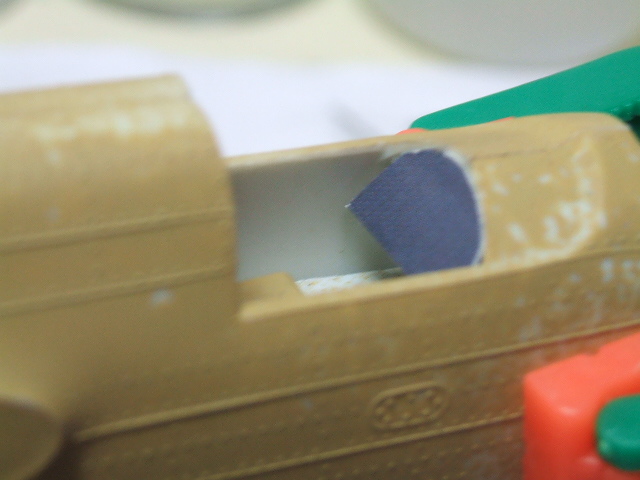 There’s a fishing weight under there. With the “panel” at that angle, I’ll be able to paint some white spots on it later–or maybe use a decal.

I had to re-orient the seat and the control yoke to fit the new arrangement. I think it looks OK. To me, close enough is good enough on this sort of thing. 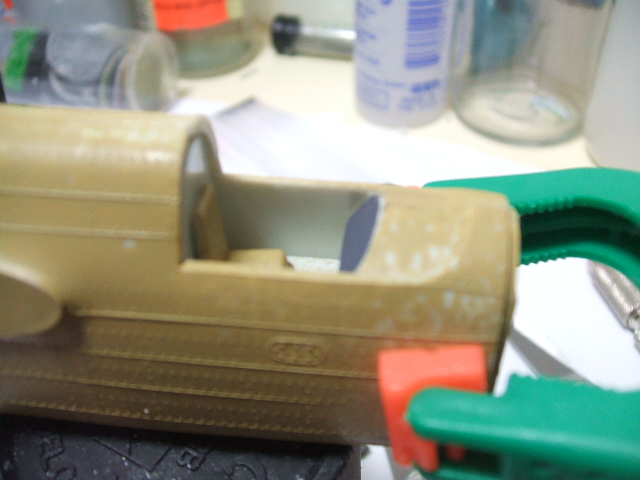 The real problem came from the way this kit was designed. No, it was not “easy to assemble” because the various “fool proof” alignment holes, ridges, rims, slots, pins and tabs NEVER lined up properly, always required 100% accuracy in fit (which never existed) and so the kit is almost impossible to build for a beginner or a kid.

Whenever I build one of these oldies, I’m reminded of how miserable it is to trust that “they” got it right, and rely on that, and bet your entire effort on that. “They” NEVER get it right. Revell is notable for almost getting it right more often than not– but that still means that it wasn’t right. I had to cut off most of the tabs, pins, slots and holes that supposedly made this easy to assemble. “Easy to assemble” is the mating cry of the suede shoe operator, as my dad always said. Can’t trust it. Measure three times, trim each time, then glue. Don’t rely on the assurances of dear old pseudo shudo. “It’ll be there on Monday.” “The check is in the mail I put it in the mailbox myself this morning.” “Trust me.”

No. Keep your knife sharp and handy.