One of the things on my “to do” list for this blog is posting scans of old, old articles from my collection of old, old magazines. Some of them go back to the 1920’s, but today I’m reaching back to just the day before yesterday–1969. The magazine was entitled Air Space Model and it was just about the coolest thing I had ever seen (in 1969). 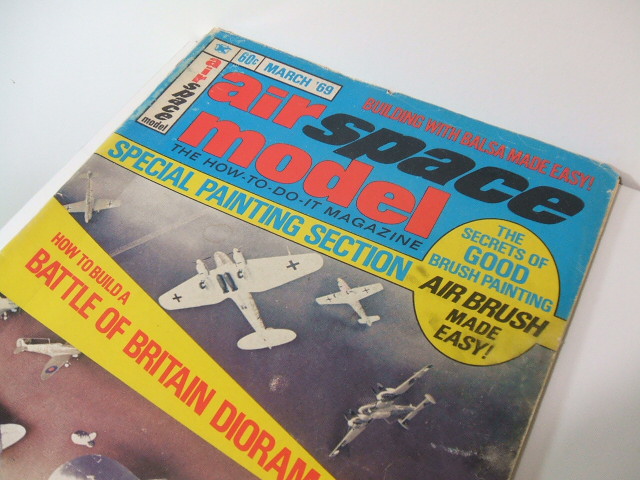 This article is about painting with a brush. It’s good. 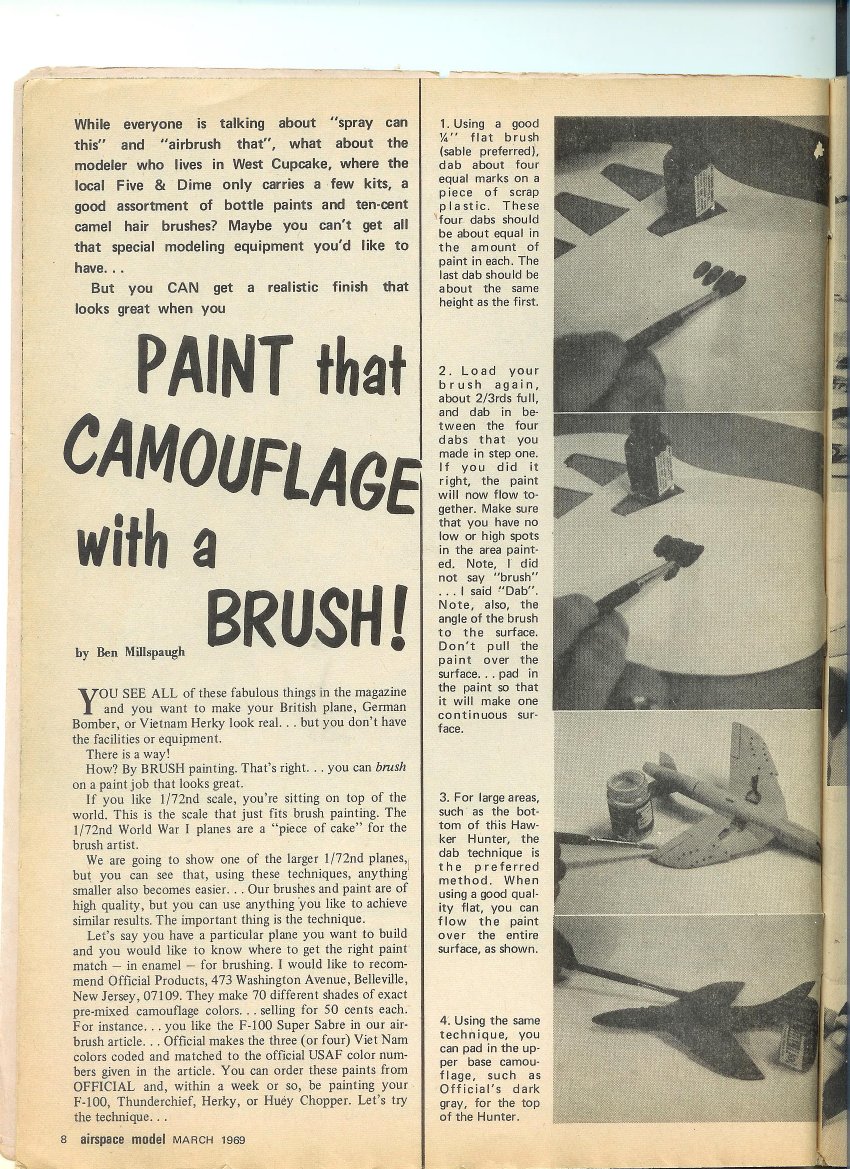 Notice that the “1/4 inch” brush looks like it’s about a number 6 by my measure. It’s just barely small enough. I’d use a smaller one–but not a larger one for painting like this. 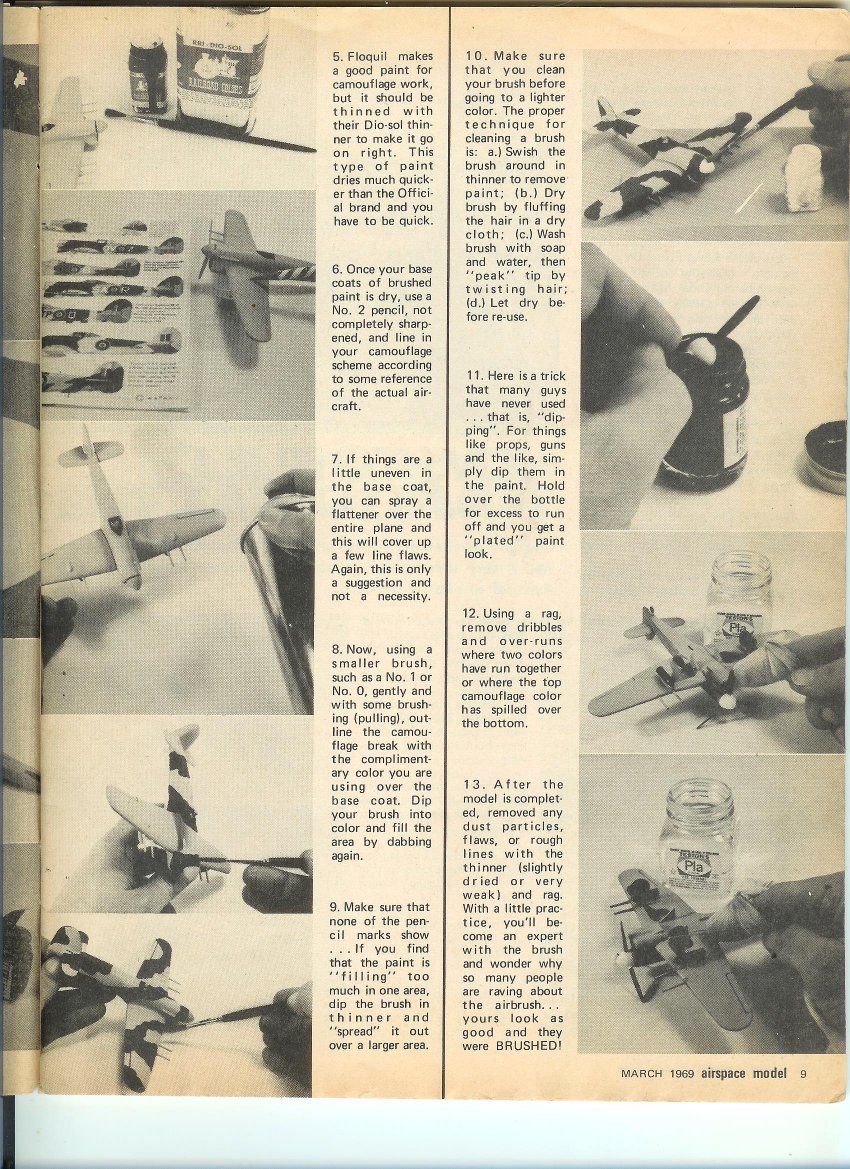 I think “Official” paints went out of business before the end of the sixties. Floquil is also gone (absorbed into the Testors black hole). But the basic idea here is a very good one, and works well with paints like Model Master Acryl or Revell Aqua Color.

One thing that’s a little questionable is the use of Dio-Sol thinner. My understanding was that this stuff was too “hot” for brushing on plastic– meaning it would dissolve the plastic. I’m a bit puzzled by this but Ben Millspaugh didn’t give bad advice so I’ll just remain puzzled. You can’t buy the stuff now, in it’s original form, anyway. That’s probably for the best.

My only real dispute with this article is that he paints one color over the other, deliberately. I try to avoid that (for good reason). But articles like this one from the dawn of time show us where present day old-timers like me get our ideas, and how long they have had to take root and grow into immovable objects.

They’ll be more of these articles posted here over time. To me, Air Space Model was a gold-mine of helpful hints. Most of them still stand today, as helpful as ever.