I wish I were clever enough to set up something like this– but I’m not. It’s just a coincidence that this model will be built in a way that involves one of the those markings “controversies” that I tried to explain here. The “controversy” isn’t a controversy at all– it’s the result of the sloppy scholarship that is prevalent within the world of aviation enthusiasts and particularly plastic model kits.

When I began building this P-47N, I decided to use the High Planes kit decals for the aircraft with the name “Gerry” on it, with a blue nose and tail. 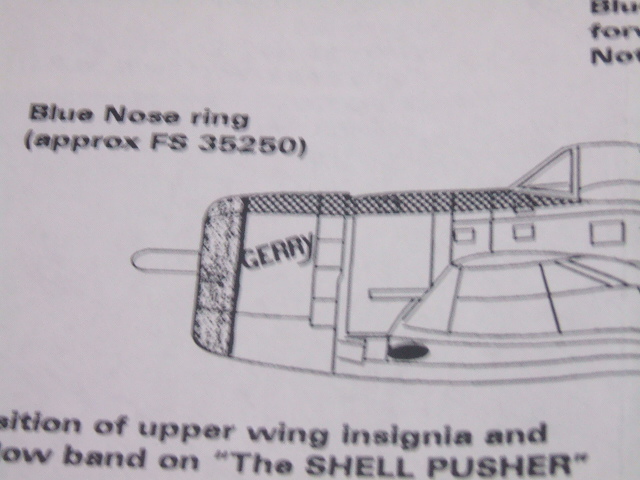 Then I discover, accidentally, that Academy released a plastic model kit of this aircraft with a YELLOW nose and tail. I imagine that quite a few models of “Gerry” are out there, with that yellow nose and tail, and the builders of those models just followed the instructions and there you are.

So why does High Planes show “Gerry” with a blue nose and tail? No answer. High Planes doesn’t include any source for their blue-tail theory, and Academy doesn’t include a source for their yellow-tail theory. But as I investigated the matter, I discovered many “sources” that showed blue tails and others that showed yellow tails. No rhyme or reason– and all paintings or drawings. No photos.

And absolutely no indication as to what possessed the artist in each case to render it that way. No sources listed. Even the more-or-less respectable book, Warpaint Special No. 1 Republic P-47 Thunderbolt (Hall, et al) provides no sources or any indication just where the author got his idea.

So what is up with that? Somebody, somewhere got an idea that the tail was blue (Hall in his book) or yellow (Academy in their kit) but the source of this inspiration is unknown. A mystery.

This kind of thing is typical of so-called “references” for plastic kit builders. What justifies it is a mystery to me. Even if the artists who drew the Thunderbolt in question just took a guess, is it somehow honest and honorable to conveniently fail to mention that “guesswork was involved?”

I looked over the “references” and decided that I like Hall’s argument that the three squadrons making up the fighter group each had a different tail color (this jives with my real-world experience) and Hall believes that the tail of this particular aircraft was blue. Other, similar aircraft based at the same place at the same time had yellow tails or striped tails, depending upon the squadron.

So I’m painting it blue, mostly because I like blue. I’ve also got the cockpit about done and we’re almost ready to glue the fuselage together, but first I have to determine what to do about that dorsal strake. I’m thinking of using the one from the High Planes kit but there is no easy way to do it. 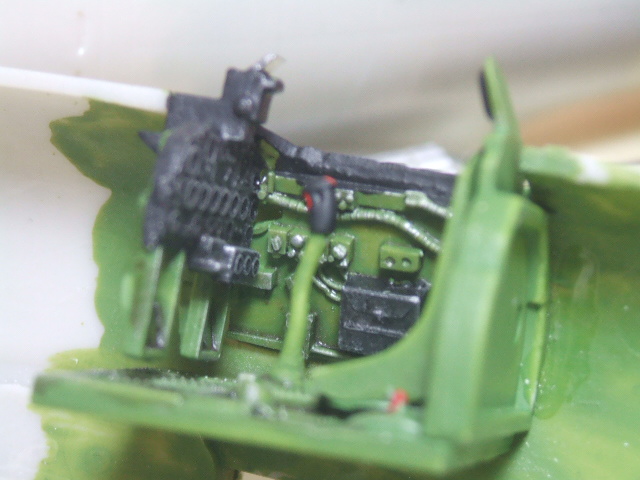