A hobby you may consider if you find that the thrill of building plastic models is gone: screenwriting. I’ve been writing screenplays and it’s a good way to learn about movies as well as sharpening your writing skills. The first thing you have to learn is that you don’t need to show everything. In most cases, it’s better to “cheat” and not show a thing literally if you can avoid it. A well written script is one where the audience knows what’s going on without having to literally “see” it and where the characters are not required to ‘splain it. That script would be easy/cheap to film and would produce a good movie.

It’s harder than it sounds.

On models, we model builders tend to be “literal minded.” I don’t know if it’s autism or what–but we tend to want to make a LITERAL copy of a thing, instead of just making it “look like” the thing. For example. If a cockpit has a bunch of plumbing that can barely be seen–simulate it with paint. Don’t build the actual plumbing. That’s too literal. Cheat instead.

I often read about model builders who detail the inside of the fuselage, then close it up and that detail is never seen again. If you like to do this, then fine. But if not, I’d say you need to skip the stuff that won’t be seen. I mean, who cares? If you do then god bless your little heart. But for the rest of us, maybe those “supermax” interiors on all the newer kits are just a bit over the top? Maybe a LOT over the top?

On my P-51B, I cheated like a madman. For the light in the leading edge of the wing, I painted it on. 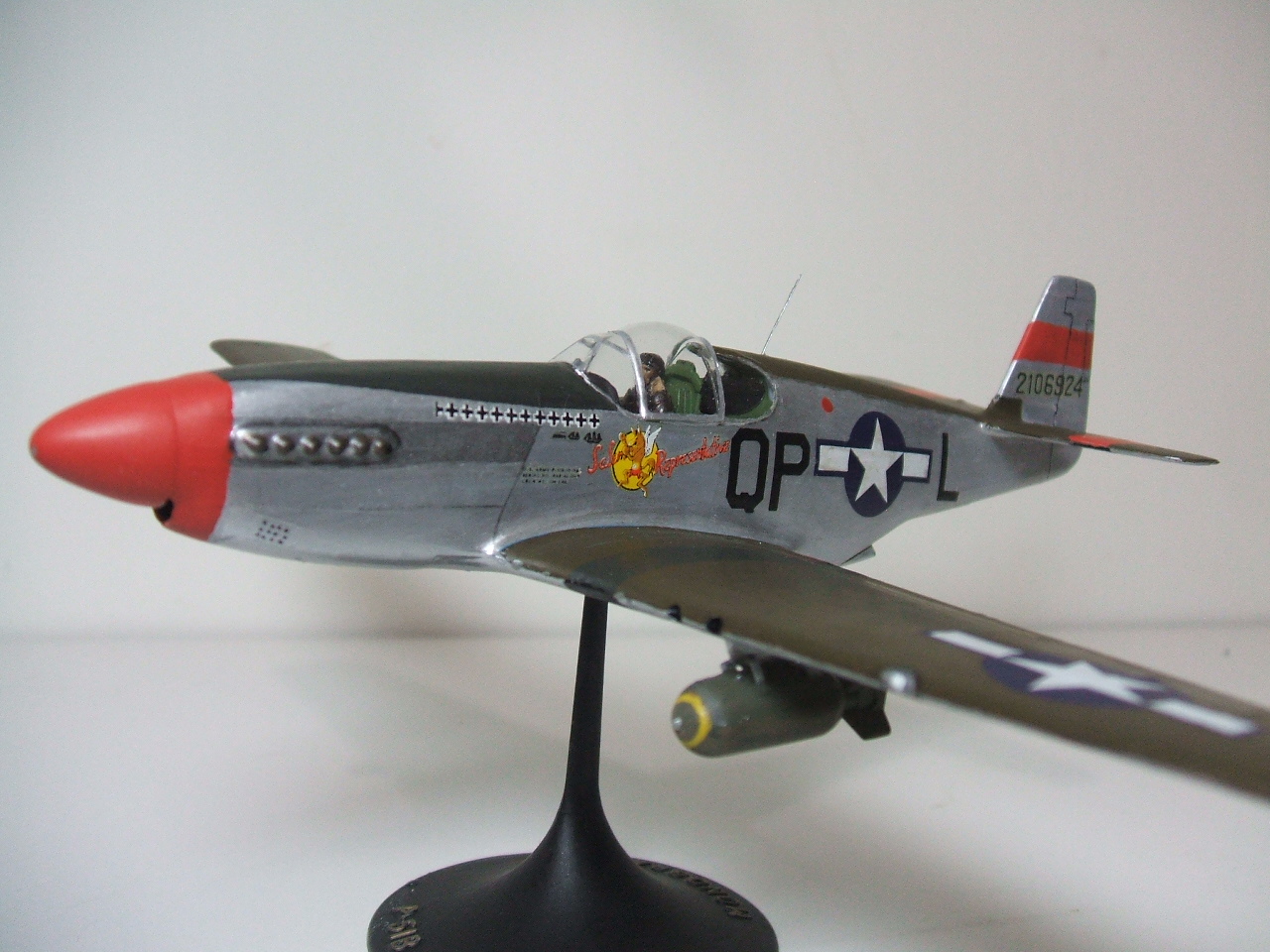 For the supercharger vent (or whatever it is) I drew in the lines and painted the “outlet.” 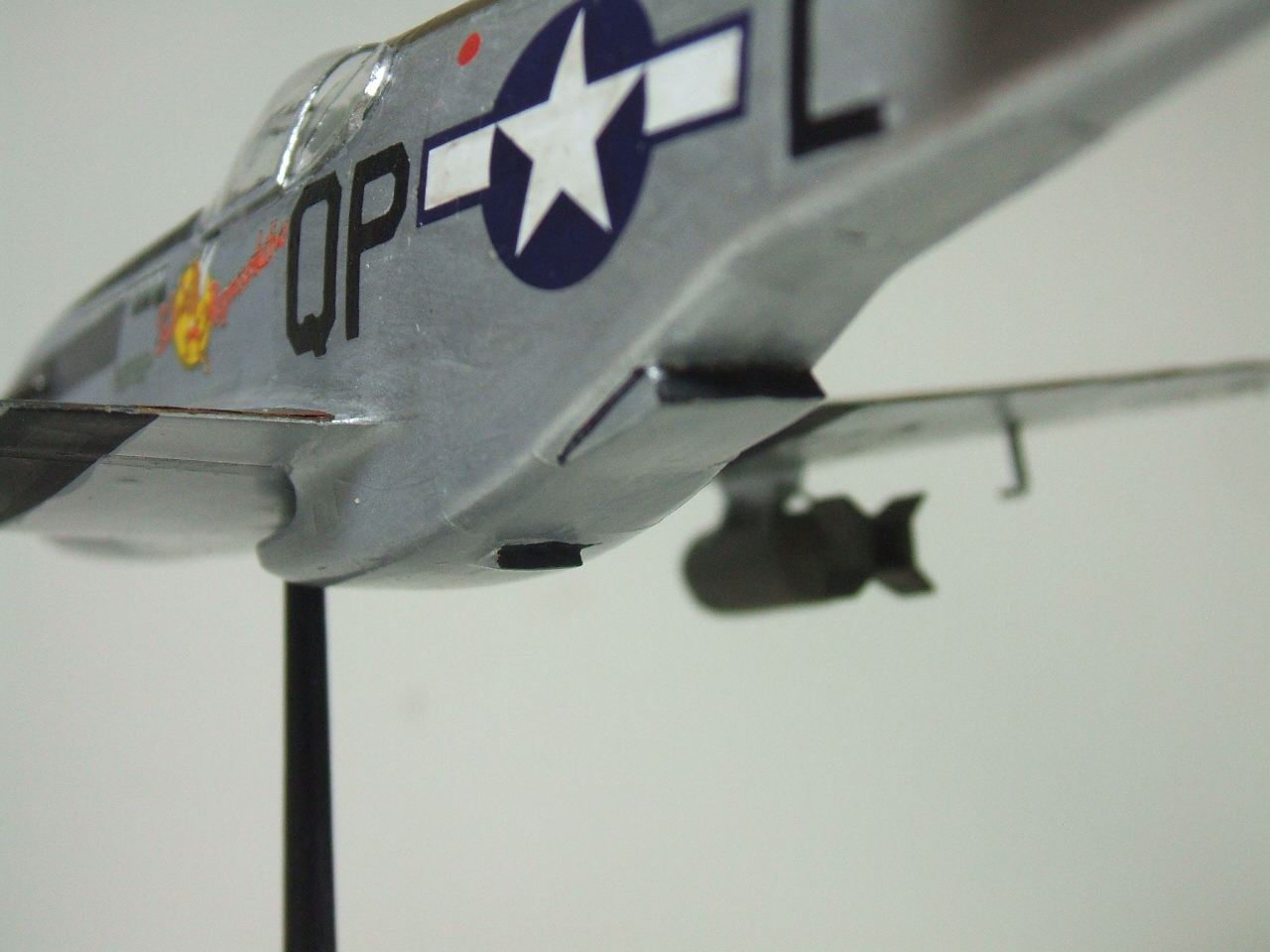 And then, of course, there’s the prop. It’s a spinning prop without having to install a motor.

Can’t see the prop blades? No? Not at all? You must be fun at parties.

Just let go of your preconceptions. The image below was not made by hauling a P-40 to China. It’s a cheat. Cheating is fun. It’s good for you. It does not cause cavities. Try it. 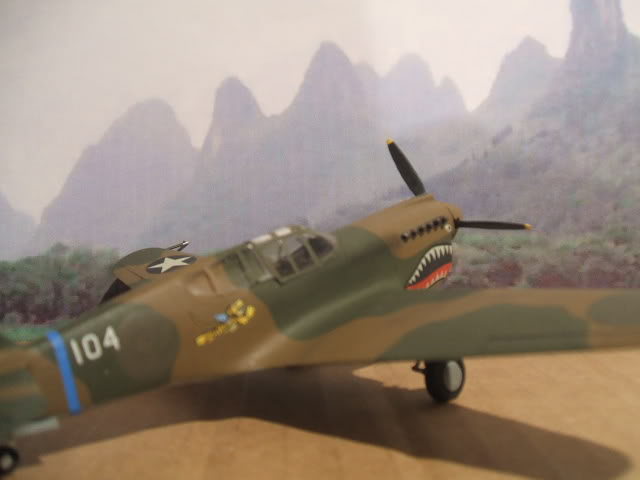 Trust your audience and let go of the perfectionism. You’ll digest your food better.

1 Reply to “Cheating for Fun and Profit”