The problem with doing something worthwhile is that it can go wrong. Today I took up my work like I always do, but the outcome was a mess. I managed to go from THIS: 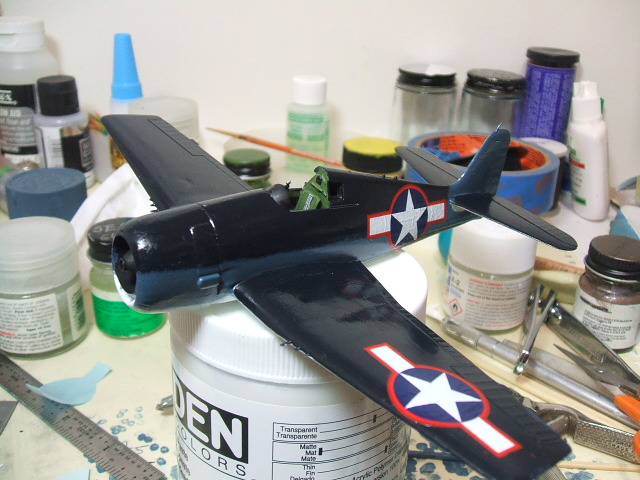 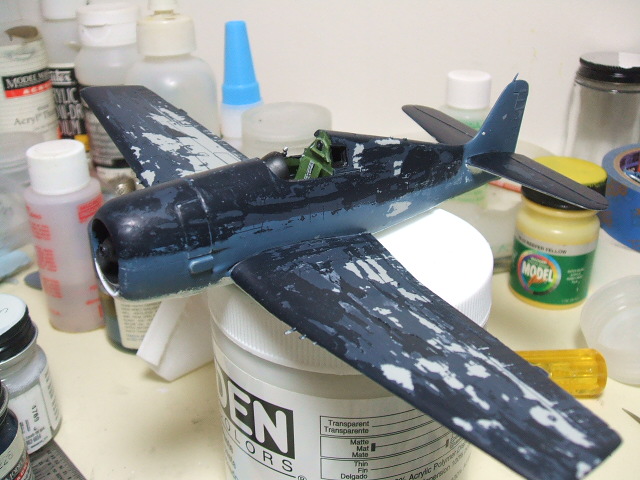 The calamity began in the manner of most foul-ups, with a string of errors, compounding each other, no one error bad enough to bring down the whole enterprise, but each tiny mouse eating enough elephant to eventually cause the behemoth to fall.

The trouble began when I failed to get the color right for the sea blue. I had to repaint it with the correct color, using a gloss version. I did this, but smelled the beginning of trouble. This was already a complex build, adding another layer of paint, and complexity, was not a good idea. But I pressed on– what did I have to fear? I added a layer of paint on top of a layer of Future–normally not a huge problem but the seeds of disaster had been sown.

My next major mistake was grabbing brush I had used to apply Metal Color, and attempting to apply a coat of Future, in order to bring the top and bottom of the model to the same degree of “shine” for the application of stencils, which I figured were important on such a “plain” model. The brush had not been cleaned as well as it should have been, and it left metallic “sparkles” everywhere. My next move sealed the fate of the great liner, er, model. I decided that if I were quick, I could wash off the Future. I have done this successfully in the past, but remember the “sandwich” created by the application of paint, Future, paint? I tried washing off the Future but the entire paint job just bubbled up. Then I added Windex (a weak ammonia solution) to attempt to remove all the Future and the layer of sea blue, but now the Windex proved to be a wonderful paint remover and what hadn’t been damaged before was now kaput. I grabbed an old toothbrush and attempted to remove all of the paint, but only some of it came away. The result you see above.

To cheer myself up at times like this, I read about larger, more serious disasters (doesn’t everybody?). I found this wonderful article about the disastrous Scott expedition to the South Pole. In it I found two hilariously inappropriate advertisements. 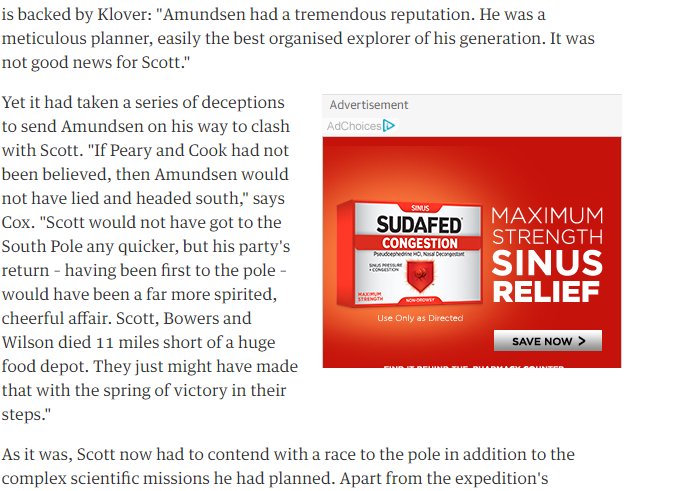 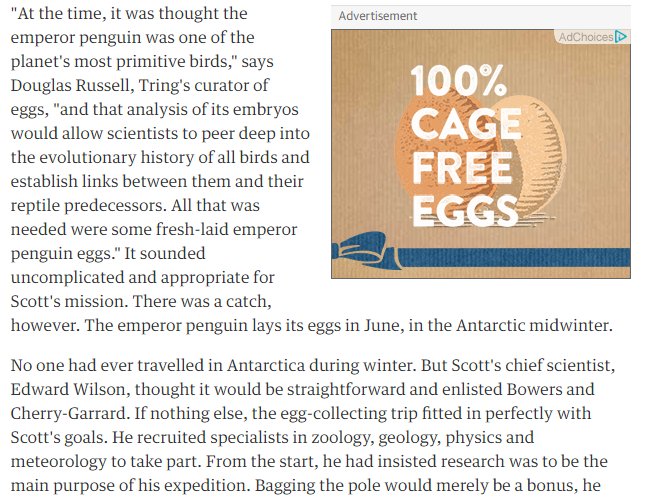 Well, he said with a chuckle. We’ll get ’em next time.