Really, really having a hard time right now not going political. Full political. I know I occasionally make some remarks about Germans or something, but most of the time I actually do try to avoid being political.

But I came across a paper (don’t ask me how) written by a chap with the unlikely name of Marshall L. Michel III. In this dissertation, Michel actually talks about the conflict between Gen. Creech and John Boyd, which I described in this masterpiece of the blogging art. Only he takes the opposite position from mine, in which he asserts that Creech was right and Boyd was a loud-mouthed jerk. 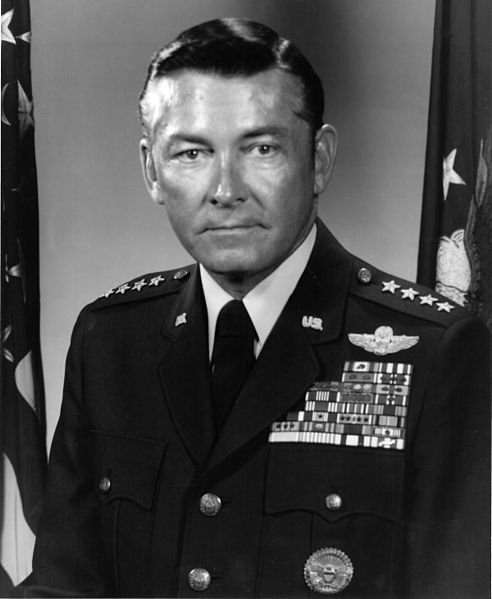 I have read the piece, and I recommend that you do as well if you’re interested in this topic (I’m very interested, obviously). Michel describes the “conflict” as one between the “iron majors” and “the critics.” There are number of different names for these “groups” but the main thing is that some kind of big debate happened at the very top levels of the U.S. Air Force back in the 1970’s. It was a mighty struggle for the heart and mind of a very large and very unwieldy organization–but in the end it did not result in a “victory” for one side or the other but more of an exhausted collapse of both sides as individual “heroes” retired and went to play golf. It wasn’t so much a clash of titans as it was more like a massive episode of snarling during the 4H club dog wash.

What it reminds me of is the “big wing” controversy during the Battle of Britain. It reminds me of that because in both cases a disagreement about aerial warfare led to a lot of sound and fury and very little real revolution. In addition, in both cases historical change and new technology came along that more-or-less invalidated the whole argument. In the case of the “big wing” the matter was resolved by Hitler’s abandonment of the invasion of Britain and the development of radar.

In the case of the “majors vs. the critics” is was not merely the development of the AWACS that rendered the whole thing moot, but the march of history towards the secret and hidden battlefield of computer technology. It’s no longer going to be a war where you bring your guns and shoot it out. Future conflicts will be arranged and calculated using high-tech “just in time” real-politik leading to outcomes that were unthinkable just a few decades earlier.

In the end, the USAF will always say that they knew what they were doing, and guys like Boyd, not being privy to the “real info” were always just blow-hards who really should have been quiet. Maybe. But I’m inclined to believe that it was Boyd’s bizarre antics, in part, that led to the unusual (for peace time) quantum leap in the power and effectiveness of USAF assets–which are only now beginning to show their age. Perhaps, in a way, Creech and his “majors” and Boyd and his civilian “critics” worked together, like a tag-team, to make for a better Air Force.

That’s about the best that we can hope for, I think. Realistically, it is an sort of “dialectic” that determines the best path for the future. Give everybody a “participation” medal and don’t get confused by after-the-fact analysis. It was, in the end, all good.